Noticed the docs for SQL Server 2016 CTP2 state "by default, setup adds as many tempdb files as the CPU count or 8, whichever is lower." https://msdn.microsoft.com/en-us/library/bb510411(v=sql.130).aspx

But I always thought that the "correct" ratio would be half the number of CPU cores, for boxes under 8 cores that is.

Should this be taken as the official recommandation from Microsoft and even applied to 2012/2014 ?

According to Paul Randal the number of tempdb files should be:

I think it's a great news that Microsoft finally changed this default setting. The previous one was really bad - it caused problems with latch contention.

Paul Randal's article on the topic

While installing SQL Server 2016 you can now specify the number of tempDB data files. By default it will be set to 8 or the number of CPU cores you have in your machine, and which ever is lower. The value can also be increased up to the number of cores. 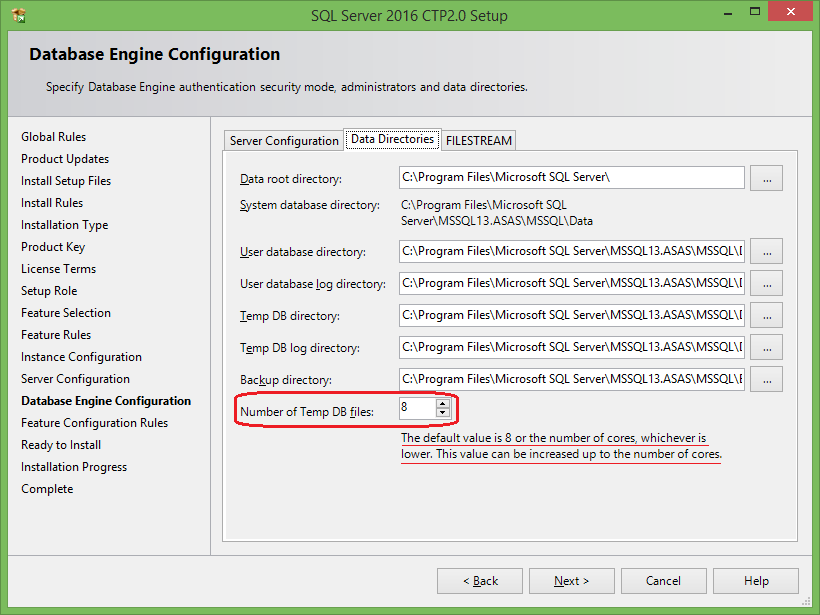 Not the answer you're looking for? Browse other questions tagged sql-server configuration tempdb sql-server-2016 or ask your own question.