List of role permissions including other roles - how can I find out the roles that belong to other roles?

I can see the permissions of a role in a database using the scripts in List all permissions for a given role?

However, It does not show me when the role belongs to a another role.

For instance, on the picture below you can see that db_integrationEngine has the permissions of other roles too. It is db_datareader and db_datawriter.

However when I run the script below, I can't see this. 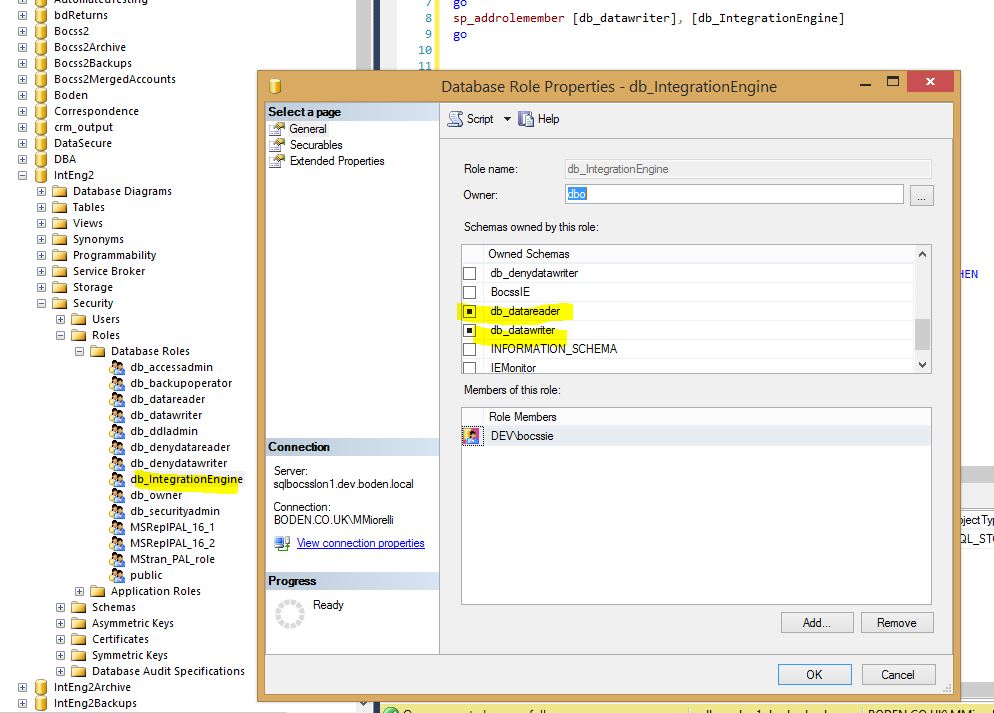 here is the script I am using:

The script above, gives me the result on the picture below:

Scripts to add and remove one role to another

Ideally I am thinking about a recursive CTE that would go through each role and gets its permissions and when find another role inside it, do the same.

Just so far my attempts to generate such scripts were not successful, any help?

It does not need to be a recursive CTE as long as I can see the roles that are contained inside another roles.

and for testing the script above: 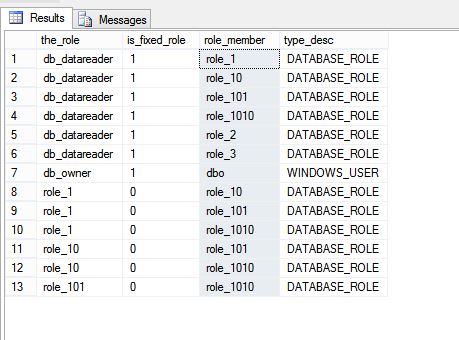 Not the answer you're looking for? Browse other questions tagged sql-server permissions scripting role or ask your own question.

34
List all permissions for a given role?
1
how to script out proxy accounts?

5
How to list the permissions on User-Defined Table Types?
2
Query for hierarchical RBAC scenario
2
powershell problem when running on a remote server - access is denied
3
Can I trust the effective permissions of default database roles?
0
Can a role be granted roles+privileges in oracle all at the same time?
0
Create limited admin role in SQL Server that cannot alter row level security
2
Postgres role does not inherit permissions of superuser role via membership in that role