how to minimize the effect of updating statistics on the plan cache?

The issue I am trying to address:

After updating statistics there are slow downs in running many of our processes here.

then following the scary dba on this link below: http://www.sqlservercentral.com/Forums/Topic1310374-1550-1.aspx

If updating the statistics slows down the performance of the query, it's likely because a new execution plan was created based on the updated statistics.

You'll need to look at the plans before & after the statistics update to understand exactly why.

Usually, in most circumstances, the reverse is true, out of date statistics leads to poor performance.

But sometimes this does happen. The exact solution depends on what's causing the problem within your query and based on what's been posted so far, I can't be sure. It might simply be bad parameter sniffing.

Regarding When To Update Statistics? and the effects of doing this

Flushing a plan from cache is determined by memory pressure.

from this link: SQL Server: Do Statistics Updates cause query plans to be flushed? Should they?

and from this link: Execution Plan Caching and Reuse

The conditions that invalidate an execution plan include the following:

1 - Changes made to a table or view referenced by the query (ALTER TABLE and ALTER VIEW).

2 - Changes made to a single procedure, which would drop all plans for that procedure from the cache (ALTER PROCEDURE).

3 - Changes to any indexes used by the execution plan.

4 - Updates on statistics used by the execution plan, generated either explicitly from a statement, such as UPDATE STATISTICS, or generated automatically.

5 - Dropping an index used by the execution plan.

6 - An explicit call to sp_recompile.

7 - Large numbers of changes to keys (generated by INSERT or DELETE statements from other users that modify a table referenced by the query).

8 - For tables with triggers, if the number of rows in the inserted or deleted tables grows significantly.

9 - Executing a stored procedure using the WITH RECOMPILE option.

What I would like to achieve is, BEFORE I update the statistics of a table, I go through the Plan cache, and I find ALL the procedures that are related to myTable.

the example above shows me all the stored procedures, and views, that touch a table called 'SizeGuide', on different schemas as you can see on the picture below: 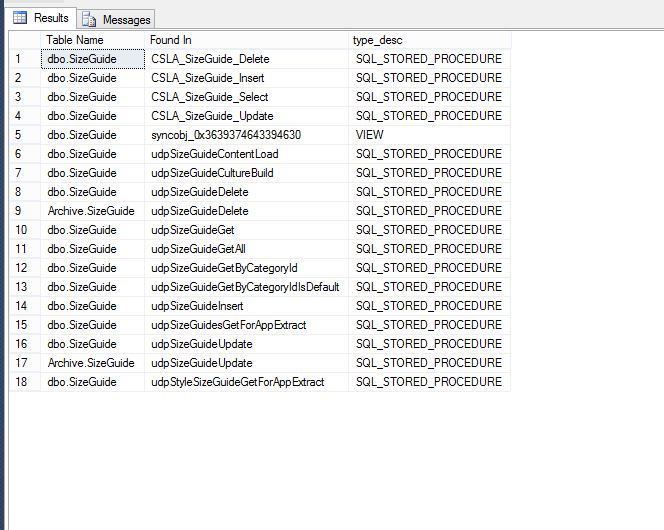 then before I update the stats of table 'SizeGuide' I generate a query plan/execution plan for all procedures that touch that table AND had a plan on cache before I did the update stats.

I would do this when the server is less busy, so the next day, I have a plan cache, exactly like I had PRIOR to update stats, but all recompiled (only for the plans that were in the cache).

Is this question clear?

basically what I would like to do is to:

2- update the statistics of myTable

Next day no RECOMPILES

Browse other questions tagged sql-server sql-server-2012 statistics plan-cache or ask your own question.

45
When To Update Statistics?
5
SQL Server: Do Statistics Updates cause query plans to be flushed? Should they?