Trying to load SQL Server and SSDT-BI from Visual Studio. Got the below error when loading SQL Server 2014 and apparently it caused the Reporting Services-Native to fail to load. 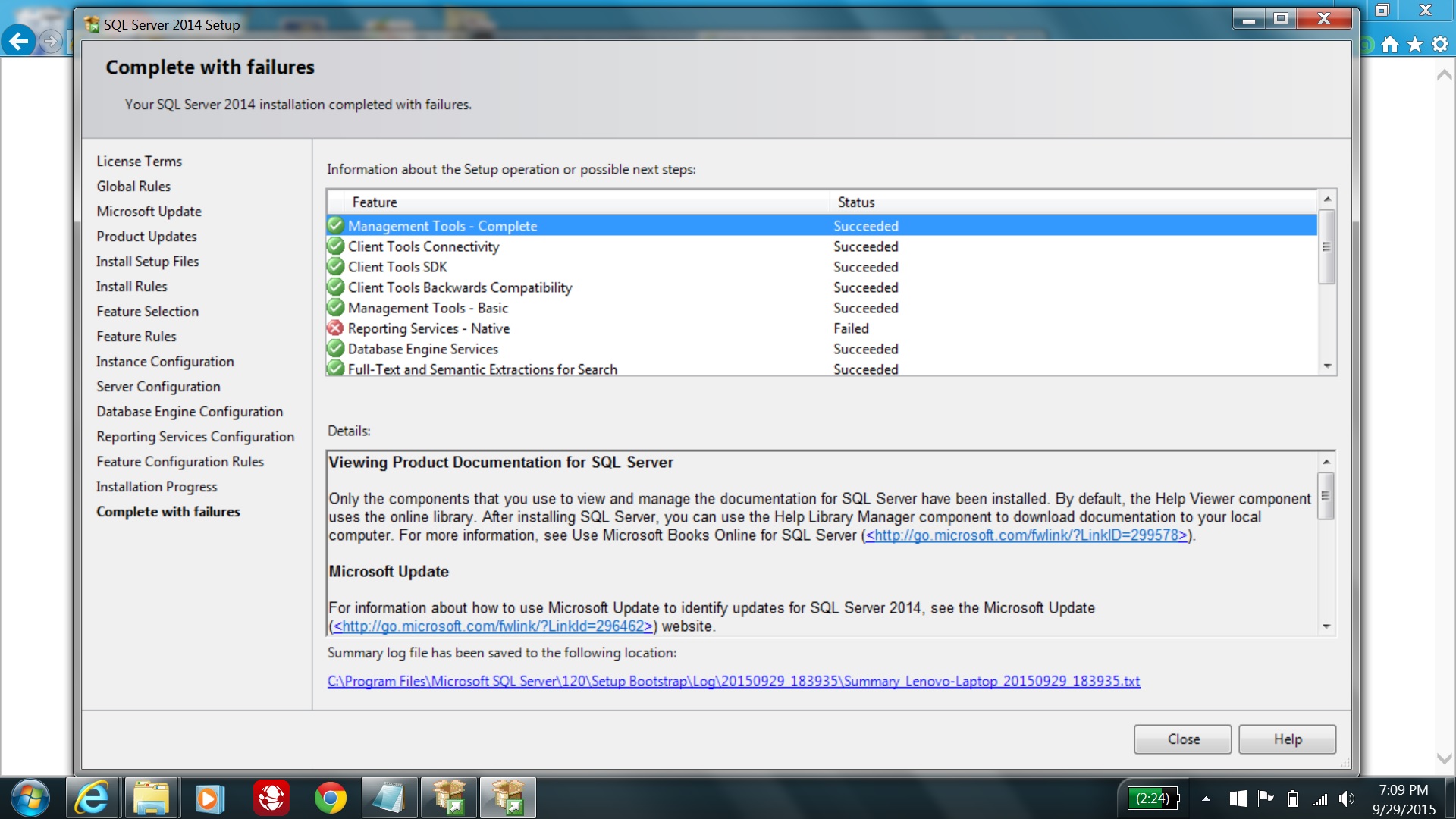 I didn't take a screen shot of the actual error but the screen looked just like the second image except the file was in the windows/temp folder as stated on the below text. 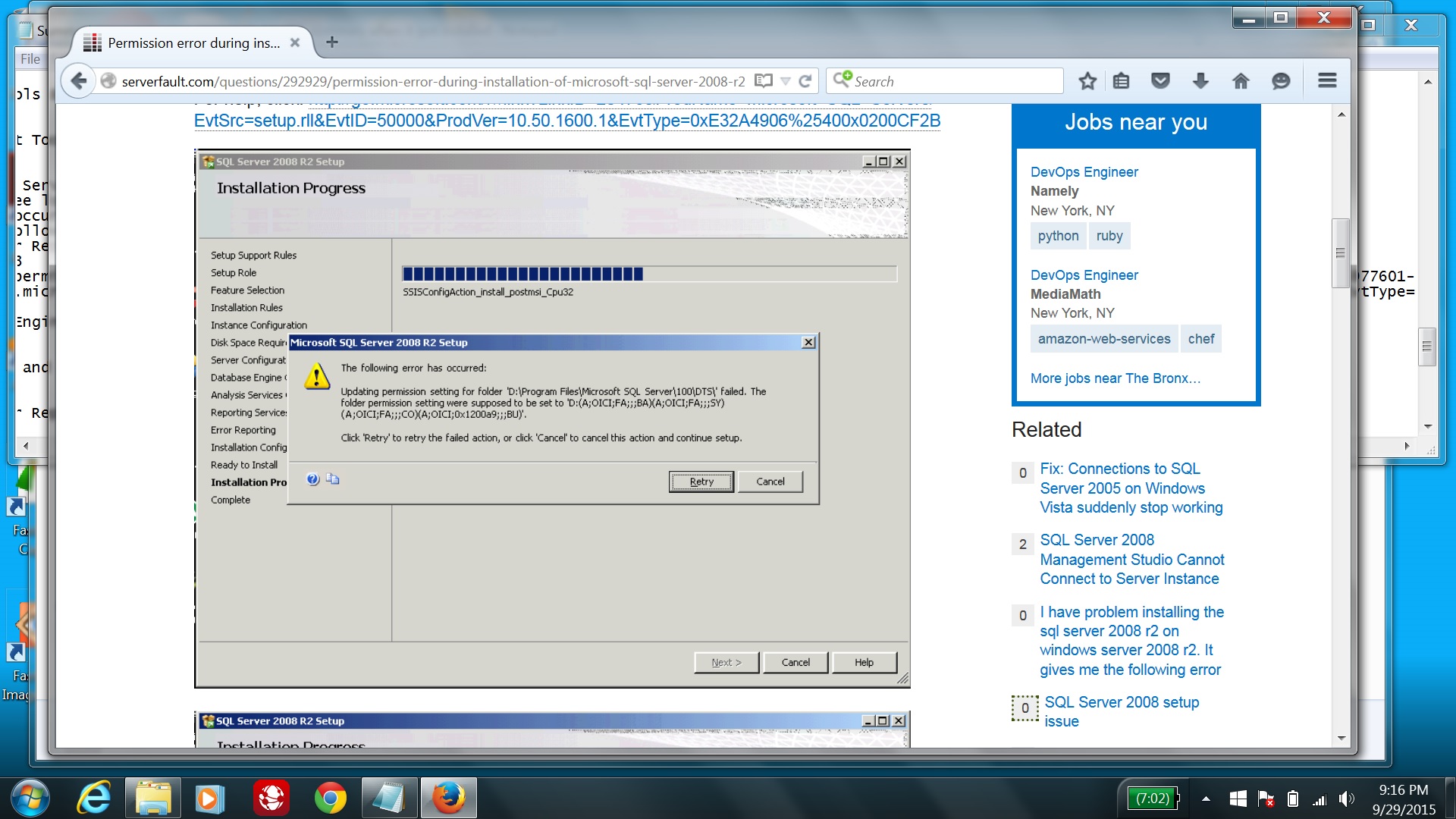 Do I have to get a 'succeeded' status for Report Services before I can load and use SSDT-BI/Visual Studio? Suggestions on how to get Reporting Services to load successfully would be greatly appreciated.

BI Tools for SSDT is a standalone install meant for development and testing.

You can preview (render) SSRS reports within SSDT without having SSRS installed on your dev machine. This is for development only and will only be visible in SSDT. On a side note SSIS packages will function in the same manner. SSAS has no preview option - it requires a functional/full SSAS service available for deployment.

To deploy the reports you will obviously need a functional SSRS service running on the target server.

I got similar error and posted a connect item. I did this because this happened on my PC and I was the only admin on the machine. Unfortunately MS team was unable to reproduce the scenario

Below was reply given by MS team

Could you verify your effective permissions on your C:\Windows\Temp folder to make sure you are allowed "Change Permissions"?

This can be done by following these steps:

Can you try the workaround mentioned.

Not the answer you're looking for? Browse other questions tagged sql-server sql-server-2014 installation ssdt or ask your own question.