Getting database sizes on an MSSQL Server named instance

I need to get a list of database sizes for a SQL server migration project. The SQL Server server we're migrating from has three installed instances, one default and and two named. It's running SQL Server 2008 R2, on Server 2008 R2, if it matters.

To get this list, I dusted off the old T-SQL "script" I used at my last position as the defacto/accidental DBA, and it works as expected on the default instance, but returns no data on either of the named instances.

Can someone tell me why (and how to fix it), or suggest a better solution?

(It's gotta be the FROM sys.master_files bit, because what else could it be, but I'm not sure what I should be using instead on a named instance.) 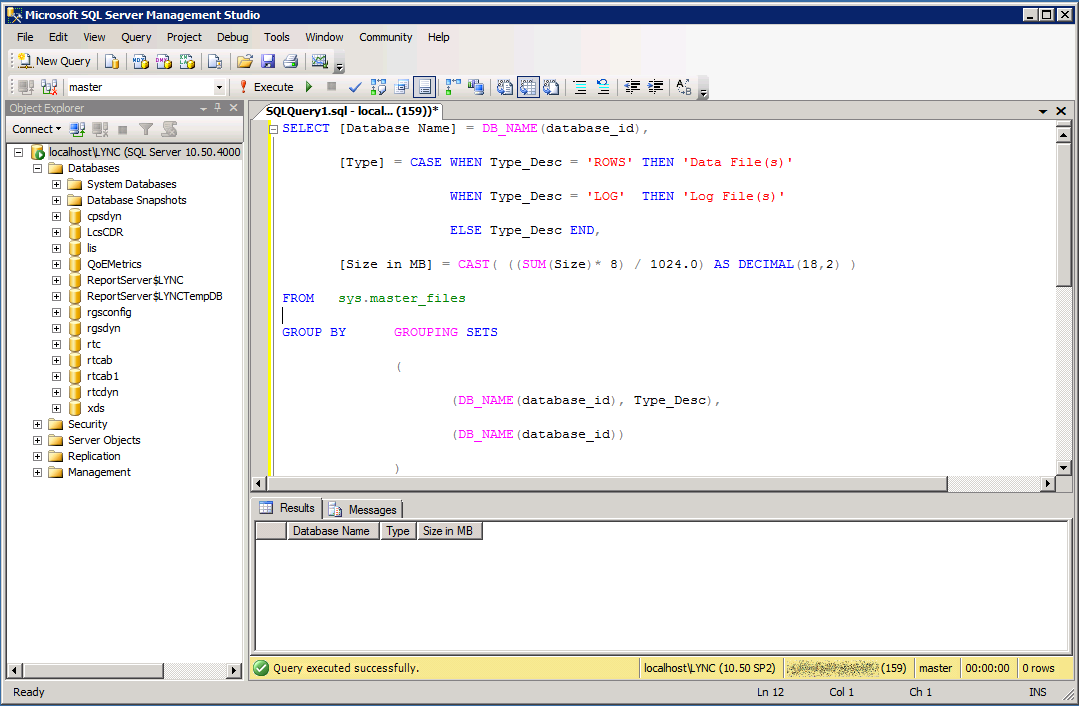 If you just need the size of the entire database then below script will help you :

Depending on your size of databases and the amount of downtime, there are ways that you can implement to minimize the downtime for your entire migration - e.g. using logshipping or mirroring and then during cutover, just failover to the new server, etc.

Always prepare and test your migration and rollback procedures.

Edit: From your screenshot, it seems that you do not have permissions. Can you just do a select * from sys.master_files

Not the answer you're looking for? Browse other questions tagged sql-server sql-server-2008-r2 t-sql or ask your own question.