I am working on a continuous integration environment using SqlServer2014. There I need to publish many SqlServer databases simultaneously on the same instance. Our publish process uses a .sqlproj file executed by MSBuild, which generates a publishing script.

Sometimes, during this publishing process we got an error: "Lock request time out period exceeded". It happens when two or more publishing scripts are being executed in parallel, more specifically on the procedure sp_fulltext_database.

The error did not happen again.

My question is: Is this the only way to solve the problem? Changing the LOCK_TIMEOUT? Since the publishing process is done by a auto-generated script, I do not think it is a good idea to change the script manually.

Edit: Using the SqlServer profiler during a deploy I found out that something is changing the lock timeout to 5 seconds. This command does not exists in my publishing script, so I assume that an internal command or configuration is doing it. Going to Sql Server Management Studio and right-clicking on the server > properties > advanced > parallelism I found some configurations, but they do not seem to affect this automatic definition of 5 seconds. 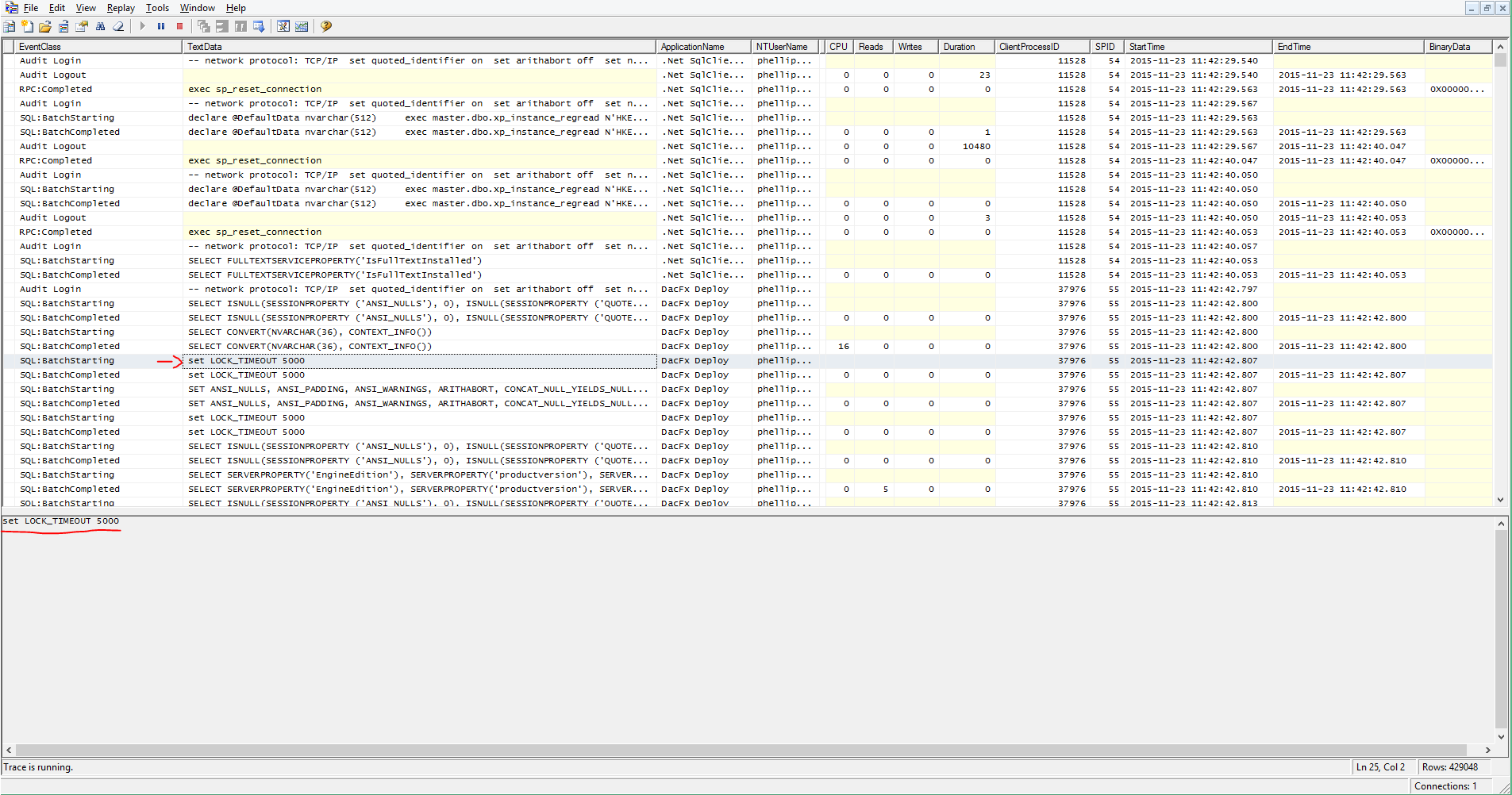 Looking at the MSDN documentation for sp_fulltext_database we see the following note:

Has no effect on full-text catalogs in SQL Server 2008 and later versions and is supported for backward compatibility only. sp_fulltext_database does not disable the Full-Text Engine for a given database. All user-created databases in SQL Server 20xx are always enabled for full-text indexing.

You are on SQL Server 2014, so I am questioning why EXECUTE sp_fulltext_database 'disable'; is even showing up in your SSDT-generated deploy scripts. I just did some testing and it seems that no matter what the project's "Target platform" is set to, the deploy script always generates lines for:

The "enable" or "disable" is controlled by the "Database Setting..." on the "Project Settings" tab of Project Properties, in the "Miscellaneous" tab.

I don't know why there is a call to an unused system stored procedure outside of it probably being a low priority to remove since it doesn't break anything and most people aren't doing parallel deployments ;-).

Not the answer you're looking for? Browse other questions tagged sql-server sql-server-2014 locking parallelism ssdt or ask your own question.

17
“lock request time out period exceeded” Error When Trying to See DB Hierarchies
2
Finding the last command issued by a blocking process
9
Publishing database changes with SSDT that include altering data types of columns
1
How to find what prevented in getting a lock?
0
Aggresive indexes lead to lock times
2
SQL Server 2014 “syspolicy_purge_history” job keeps failing
1
ETL Issue failing with Timeout error
1
What causes “lock request time out period exceeded” when droping a column?
2
Mongo queries are slow and yielding/waiting for locks thousand times