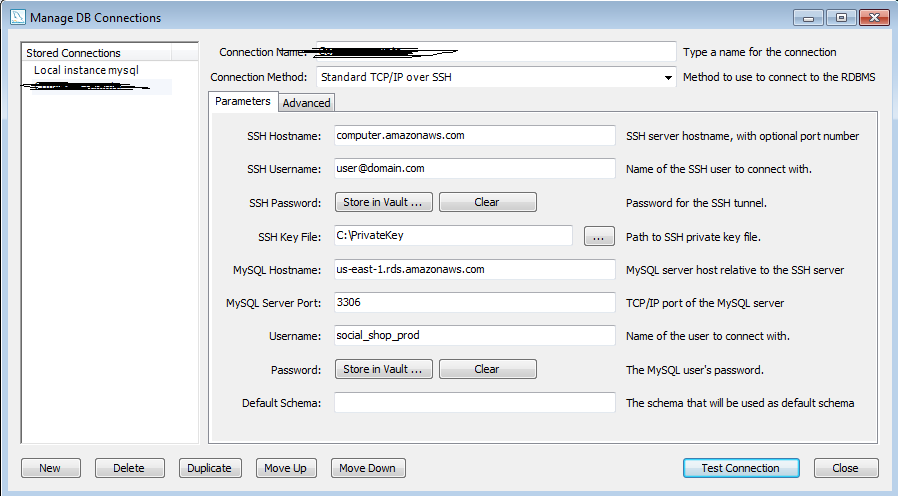 50
Trying to use MySQL Workbench with TCP/IP over SSH - failed to connect
0
MySQL ODBC + setting up a DSN on windows + MySQL Workbench
1
Can I force mysql server to resolve the external ip to localhost?
2
MySQL workbench: Cannot Connect to Database Server (ssh)
1
can't connect to mysql via command line but workbench works, ssh tunneling required
0
Cannot connect to Aurora RDS using workbench over ssh
3
MySql-Workbench: Can't connect to MySQL server on '127.0.0.1' (111)
1
Why is a connection via an SSH tunnel presenting as 127.0.0.1 and not localhost?