SSDT Not Dropping all Foreign Keys before Drop Table

SSDT V11.1.50730.0 Using Schema compare to make changes from my development environment to a test environment (a copy of Production).

Part of the changes is the addition of columns to an existing table [Items]. The script that SSDT creates first drops foreign keys, creates and populates a temp [Items] table, then attempts to drop [Items] table. This produces the error:

Is there some setting or reason that would result in the script generator to not include dropping and later recreating some of the foreign key constraints? Just wondering if it is something simple before I start manually modifying the script. 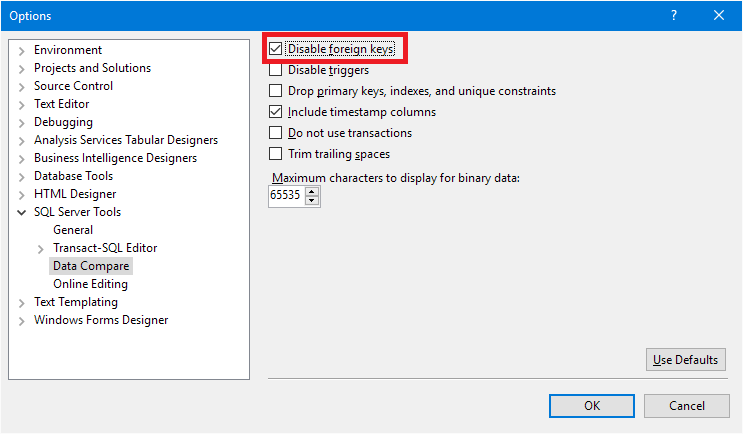 Not the answer you're looking for? Browse other questions tagged sql-server sql-server-2012 ssdt or ask your own question.

19
Find the Foreign Keys Associated with a Given Primary Key
1
To drop a table, do I have to drop all foreign key constraints or can I just NOCHECK them?
2
How can I change Referential Integrity from a Unique Key Constraint to a Primary Key?
4
Deployment script always re-create constraints and indexes
1
Truncate tables with dependent foreign key constraints
7
SSDT Drop and Recreate Tables when nothing has changed
3
SqlPackage.exe unnecessarily drops and recreates indexed view with schemabinding