A login is a member of db_datareader and public roles only, but it is not read-only

I'm an accidental DBA in a small company that doesn't have a dedicated DBA.

I need to set up a read-only login/user for SQL Server 2008 database using SQL Server authentication that could be used by power users to run some ad-hoc queries/reports.

I found many posts and articles describing setting up a read-only user, for example:

How to grant users read-only access to all databases

I tried to follow these guides and made sure that the login in question is a member of only db_datareader and public roles, but I still can make changes to the data when I'm logged in as this "read-only" user.

For example, I can run this query in SSMS

and it updates the row in a table:

I expect such query to fail.

When I try to run a CREATE TABLE statement, it fails with the message CREATE TABLE permission denied in database ... I expect UPDATE, INSERT and DELETE statements to fail in a similar way, but it doesn't happen.

Maybe I inadvertently gave write permissions to that user, but I don't know how to check and where to look. I must have missed something trivial.

There is a server login called ReadOnlyUser and here are its properties: 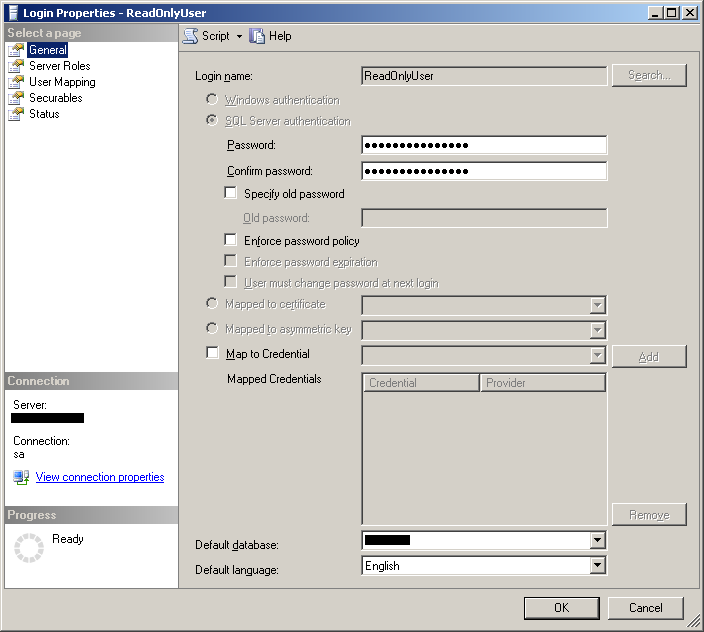 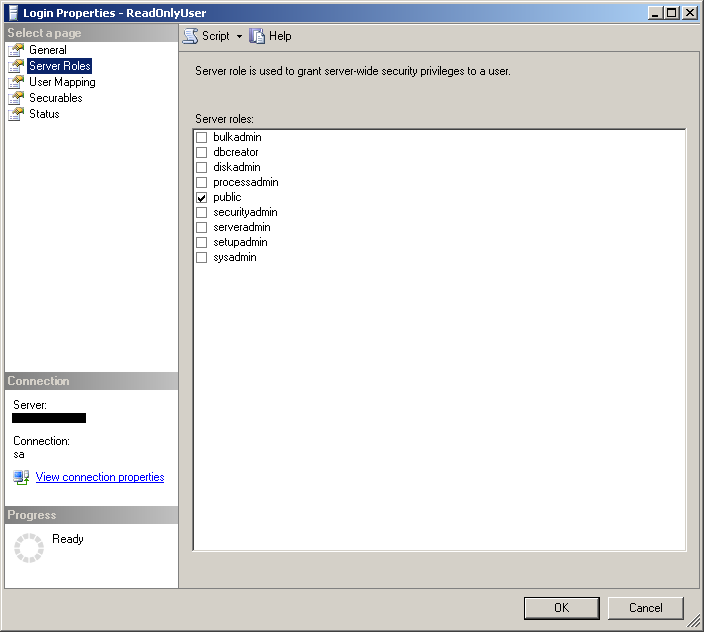 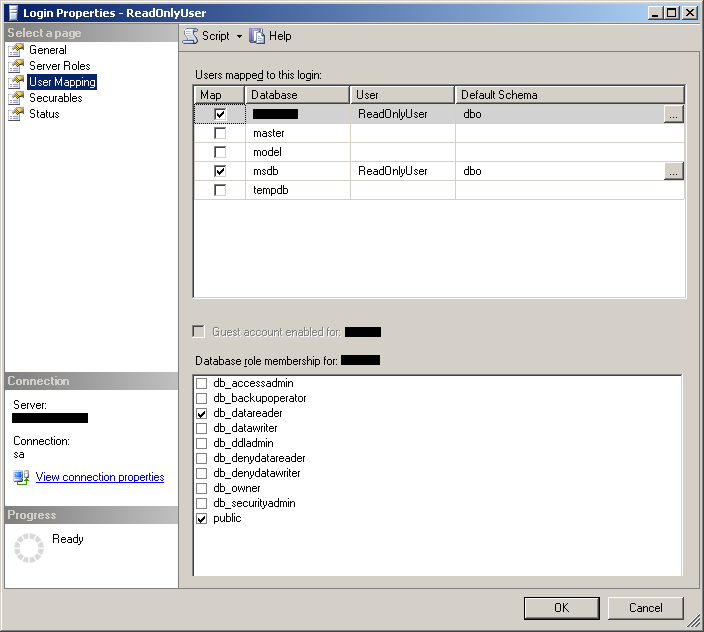 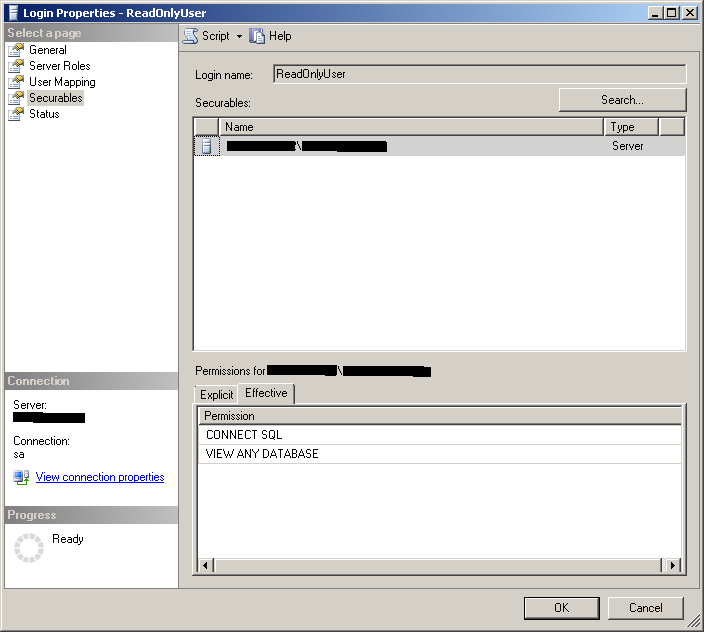 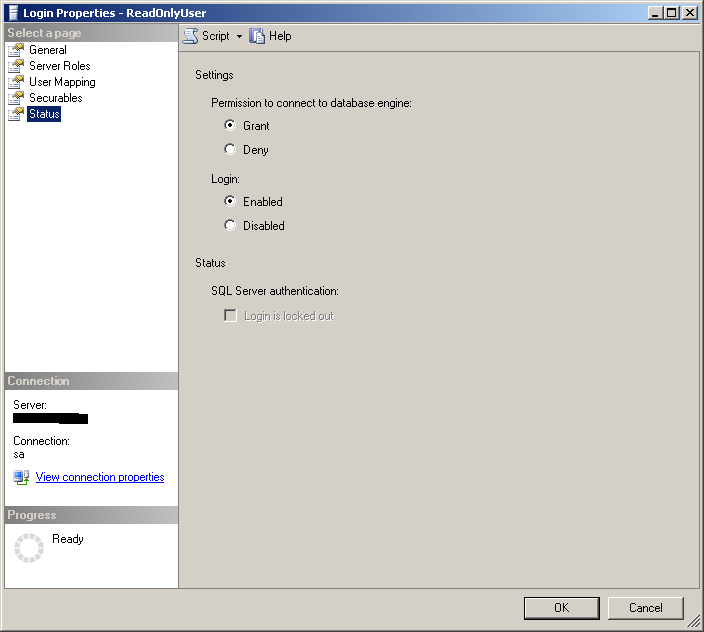 In the database there is a user called ReadOnlyUser and here are its properties: 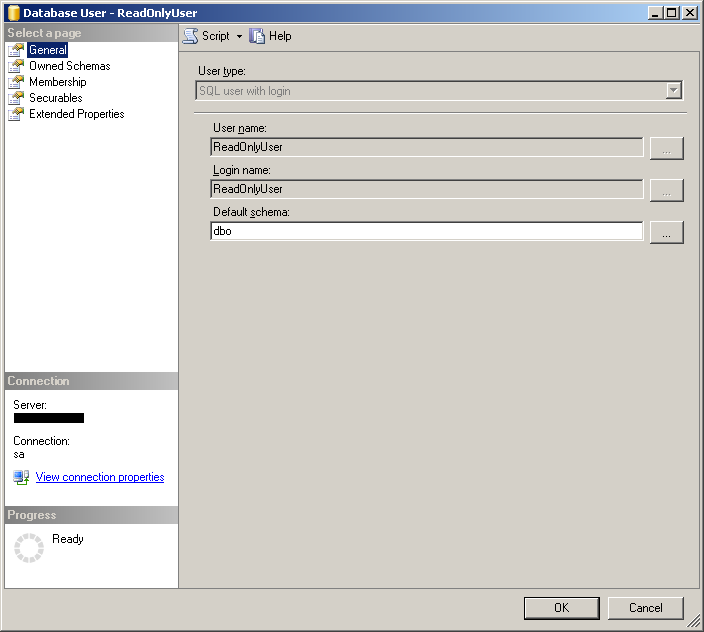 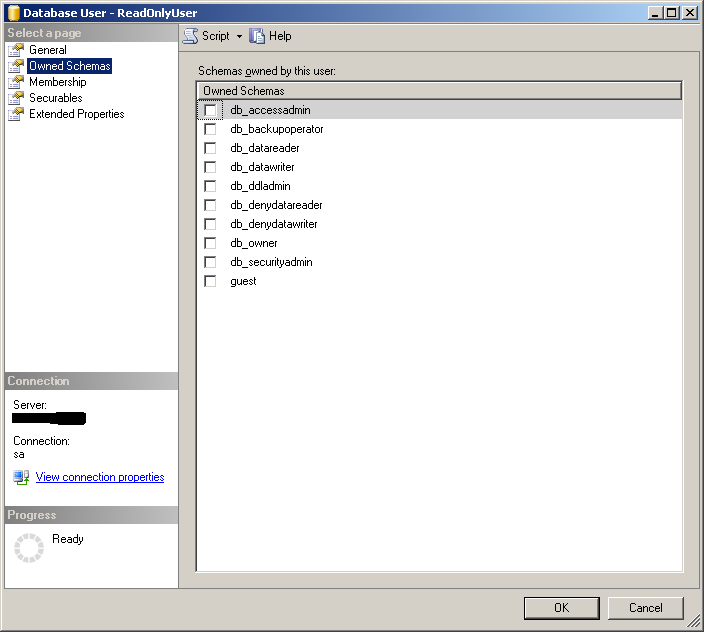 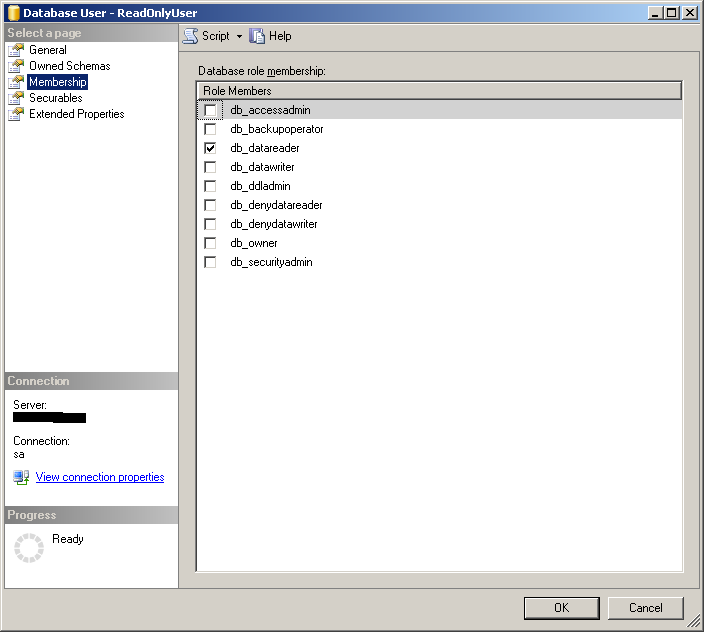 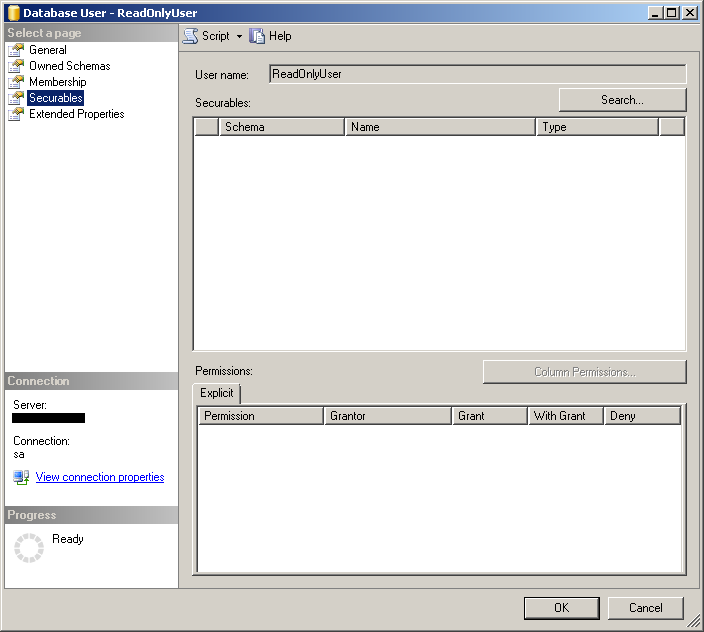 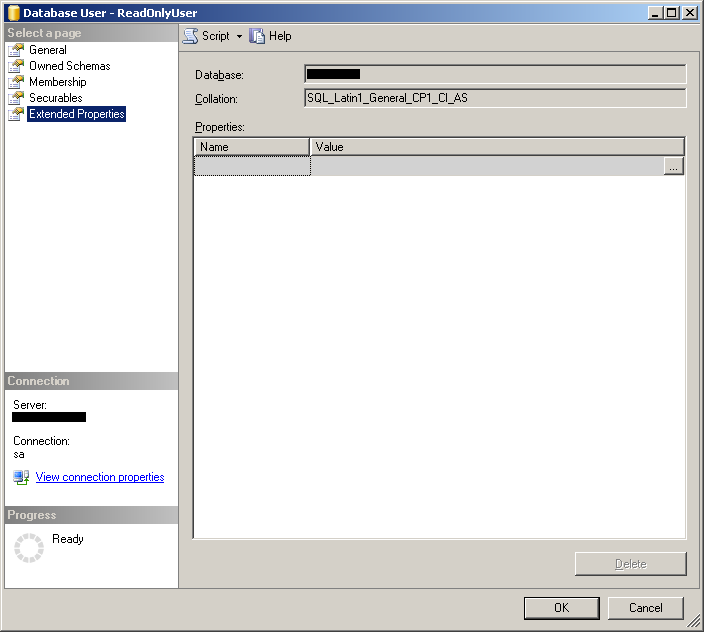 I was looking through all items in Security nodes in SSMS and it seems that somehow the properties of the public database role have been changed. They looked like this: 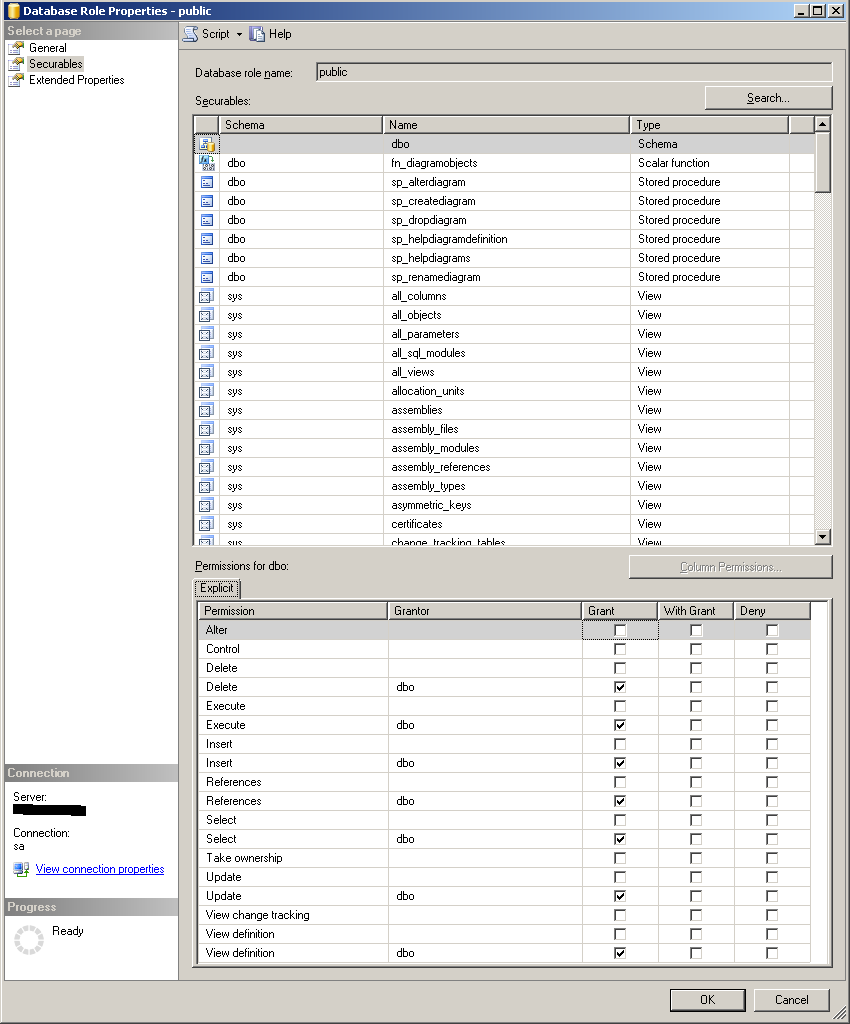 I don't really know how they should look like normally, but clearing the Delete, Insert, Update checkboxes seems to do the trick.

The immediate problem is solved now and I'll have to read more about the public role and what settings it should have.

1
Why is a Login losing a User mapping?
3
SQl Server 2008 R2 - sa can login but not access database
0
Harden a public login to only let it retrieve a list of other logins, and do nothing else
11
Database cannot be upgraded because it is read-only or has read-only files. Make the database or files writeable, and rerun recovery
3
How do I map a SQL Server login to a user that already exists in a read-only database?
4
"A severe error occurred" - Login Failed (but only occasionally)
5
How to create a login and user that can only access one schema in one database
4
SQL Server Error - "Cannot execute as the database principal because the principal [name]" does not exist"
1
Assign Permissions to a SQL User