When doing a SQL Server database backup using the T-SQL BACKUP statement, does WITH FORMAT only wipe out the specified Media Set or does it wipe out all Media Sets 'associated' with the database?

The context is that I am doing some ad-hoc backup and restores from one server to another. And I want to make sure that the FORMAT in my command will not format any other Media Sets that might have been created.

I want to make sure that my backup statement that uses FORMAT will not interfere with any other Backup maintenance plans that are in place by destroying Media Sets other than the one I define in my statement.

@zadam,I would like to say some bit about media set. I also expect some more details from our expert like Mr. Aaron Bertrand & some other StackExchange DBA Experts.

First of all , what is media set.

A successful backup operation adds a single backup set to the media set. 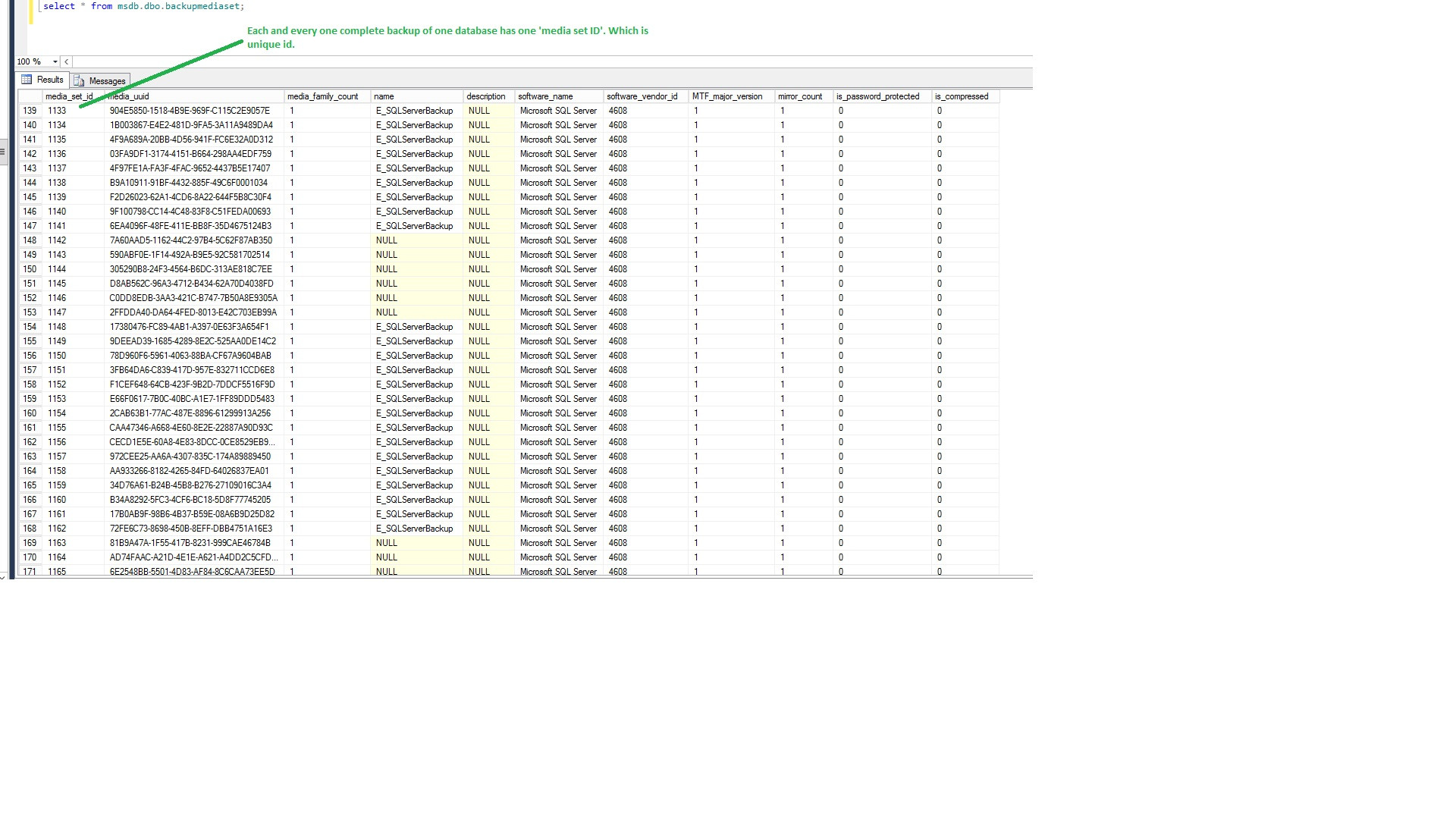 The backup set is described in terms of the media set to which the backup belongs.If the backup media consists of only one media family, that family contains the entire backup set.

Backing Up to an Existing Media Set

When you are backing up to an existing media set, you have the following two options:

Note Here:- which is the default behavior of the BACKUP, can be explicitly specified by using the NOINIT option.

As per Grant Fritchey Here The MediaSetID is a GUID that uniquely defines this set.It will also be recorded in msdb so you can link a backup to a particular server.

For example if your full backup TSQL will be like that 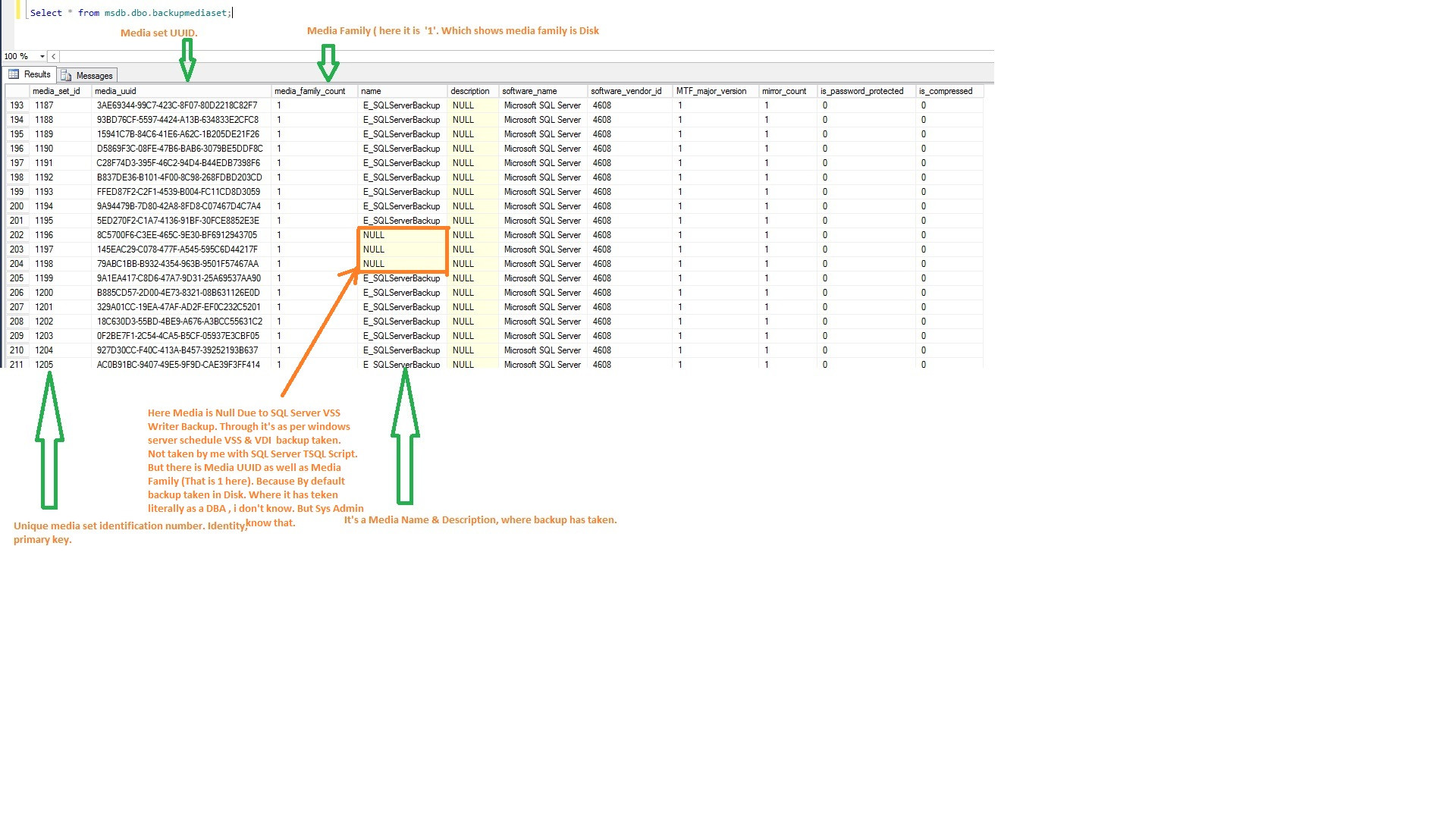 Every volume of backup media (disk file or tape) contains a media header that is created when by the first backup operation that uses the tape (or disk). That header remains intact until the media is reformatted.

If you will execute this TSQL statement to know about media_set_id & 'family_sequence_number'. 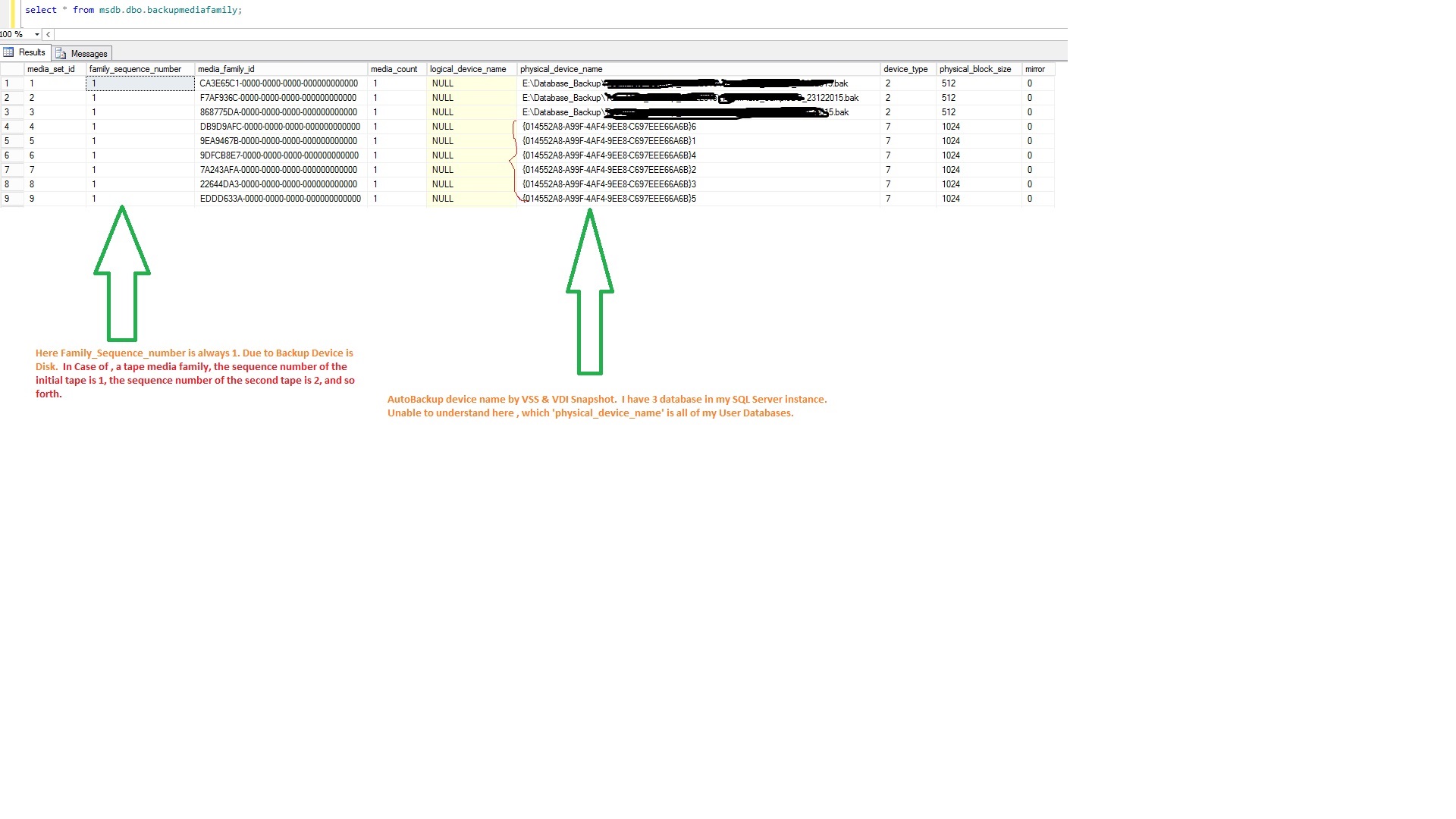 The media header contains all of the information required to identify the media (disk file or tape) and its place within the media family to which it belongs. This information includes:

Note :- In case of Disk, The sequence number of this media in the media family.This value is always 1.

For your ref of Tape Media Set along with Backup set Media Sets, Media Families, and Backup Sets (SQL Server) and Here

2
What happens when two separate processes perform a full backup against the same database?
0
Database backup questions
2
Clean up all but current backupset details
2
Differential Backup from SQL Server 2012 to Azure Blob
4
Multiple databases, one backup file
1
Make encrypted differential backup to same media
0
How to change the SQL Server Backup file (.bak) file default icon?
1
Why do I have to change Media Sets to create a Full Backup to a new file and what does that mean?