I've built a SQL 2014 cluster in our development environment that consists of 2 nodes. Non-Shared disks

A copy of the production database showed 1000ms delay for inserts, so the same test has been run using HammerDB (www.hammerdb.com) in the following scenarios: 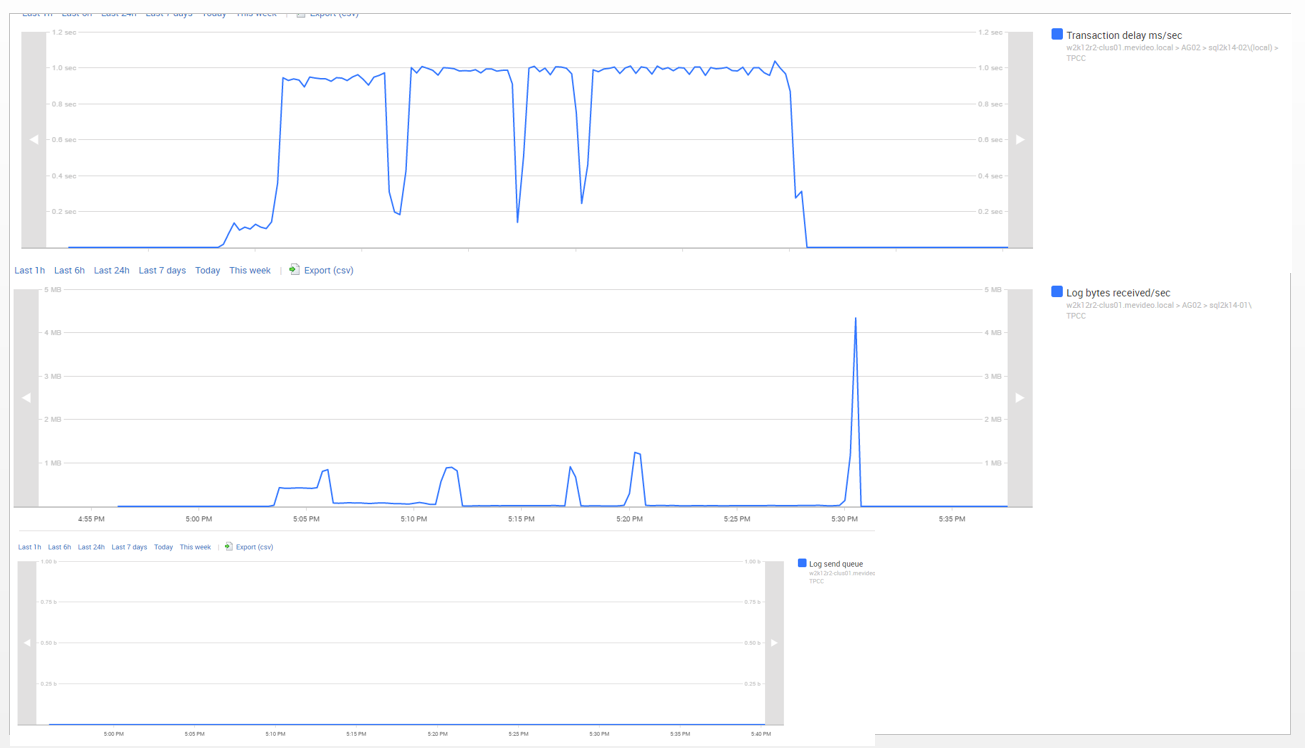 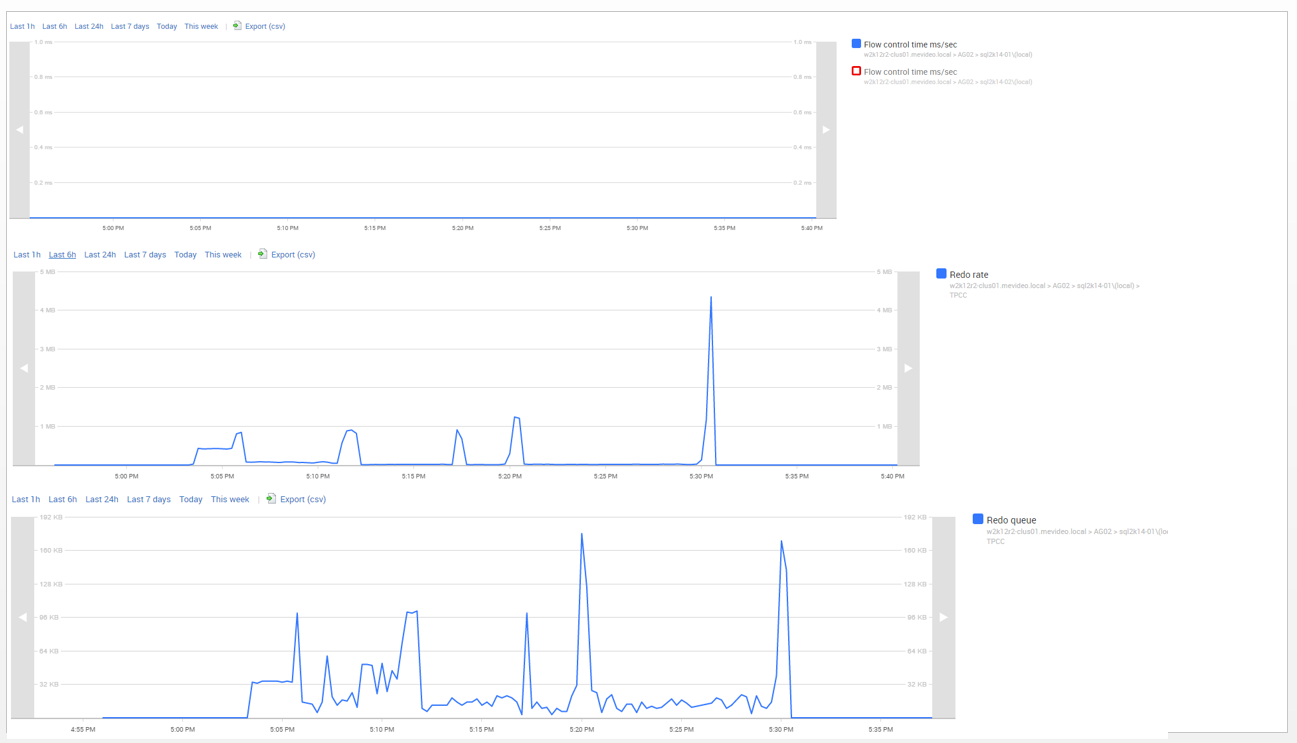 There seems to be some misunderstandings of how certain performance counters work when it comes to availability groups. Only Synchronous Commit replicas will be counted toward Transaction Delay (ms)/Sec Asynchronous Commit replicas will not change this counter as they transfer no mirrored transactions (yes, this could have been called something better).

Let me correct some of the assumptions in the thought process in the original question.

2.Using AG1 as Sync has a Transaction Delayed time of 1000ms/sec which is very bad and we can't figure out why. HADR_SYNC_COMMIT wait time is all over the place.

3.Using AG1 with Async we have 0 latency, but that is something we can't use.

This is not accurate at all. Ther, in fact, is GREATER latency is getting the transaction blocks hardened on the asynchronous commit replicas it's just that we don't wait for them to be hardened like we do with synchronous. Thus, there is still a delay (your network doesn't magically become a non-wait environment) it's just not counted in that specific counter as that counter ONLY contains information for synchronous commit replicas and transactions.

6.During the insert which is a single session running sequential insert commands (or update, or delete) I ran a trace on that session and saw that the duration was exactly the same as the graphs below.

There is not nearly enough information to make me believe this is the case. Even on some pretty terrible infrastructure I normally see 200-300 ms and nothing near 1 second PER individual transaction.

7.When running the same test without Sync (meaning Async, or directly on each node) I didn't see any latency, the duration for each operation was 0 (zero).

See my response to 3. which is also the same answer to this.

@sean-gallardy I'm fully aware of these metrics and that is what I was collecting. Nevertheless, the SQL cluster was choking. And took more than 1 second (times from the client application). After raising an issue with Microsoft (which did not help).

From the storage array there was no latency at all, so it wasn't the issue.

Finally, I decided to upgrade the vSphere version from 6.0U1 to 6.0U2 and that resolved the issue. While reviewing the vSphere change log, nothing was actually "fixed" that could have pointed me into that direction earlier.

All in all, thanks all for the support. If anyone ever encounters this behavior the actual drivers should be checked (physical or virtual).

Not the answer you're looking for? Browse other questions tagged sql-server performance sql-server-2014 availability-groups or ask your own question.