Should the host machine always be restarted after upgrading an SQL Server 2008 instance?

My organization recently upgraded all its production SQL Server 2008 instances to Service Pack 3, Cumulative Update 1. It's my responsibility to make sure that our development database environments are running the same version as production does, while minimizing downtime and disruption for our developers.

Each development environment contains six SQL Server instances. We have eight development environments shared equally between two machines. For each instance, I have to install Service Pack 3, then install Cumulative Update 1. Each installer restarts the instance's Windows service during the upgrade process, so I have to give advance warning to developers using the instance. The installer takes a long time to set itself up, so I'm upgrading each environment as a batch to quicken the process.

Because one machine hosts several instances, a restart potentially disrupts all the developers using the machine, even if their instance is not being upgraded. Therefore, I want to avoid unnecessary restarts. But only on the first run did the install tell me "You must restart the computer to complete SQL Server Setup". 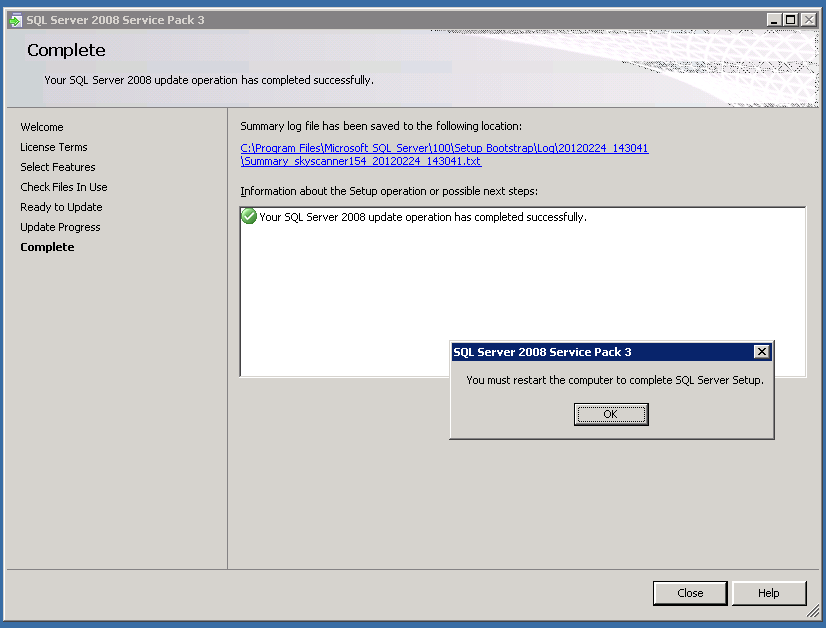 Where the installer does not tell me that I must restart the machine, I don't want to a restart unnecessarily. My senior fellow DBA told me that I should restart the host machine anyway, to keep the environment 'clean'.

What bad things could happen if I don't restart the host machine after upgrading an instance?

There can be some memory usage downgrade, especially if Sql Server uses Large Page Extensions, otherwise - all the issues are minimal and negligible.

Not the answer you're looking for? Browse other questions tagged sql-server-2008 upgrade or ask your own question.