I'm a newbie to data warehousing and I've been reading articles and watching videos on the principles but I'm a bit confused as to how I would take the design below and convert it into a star schema.

In all the examples I've seen the fact table references the dim tables, so I'm assuming the questionId and responseId would be part of the fact table? Any advice would be much appreciated. 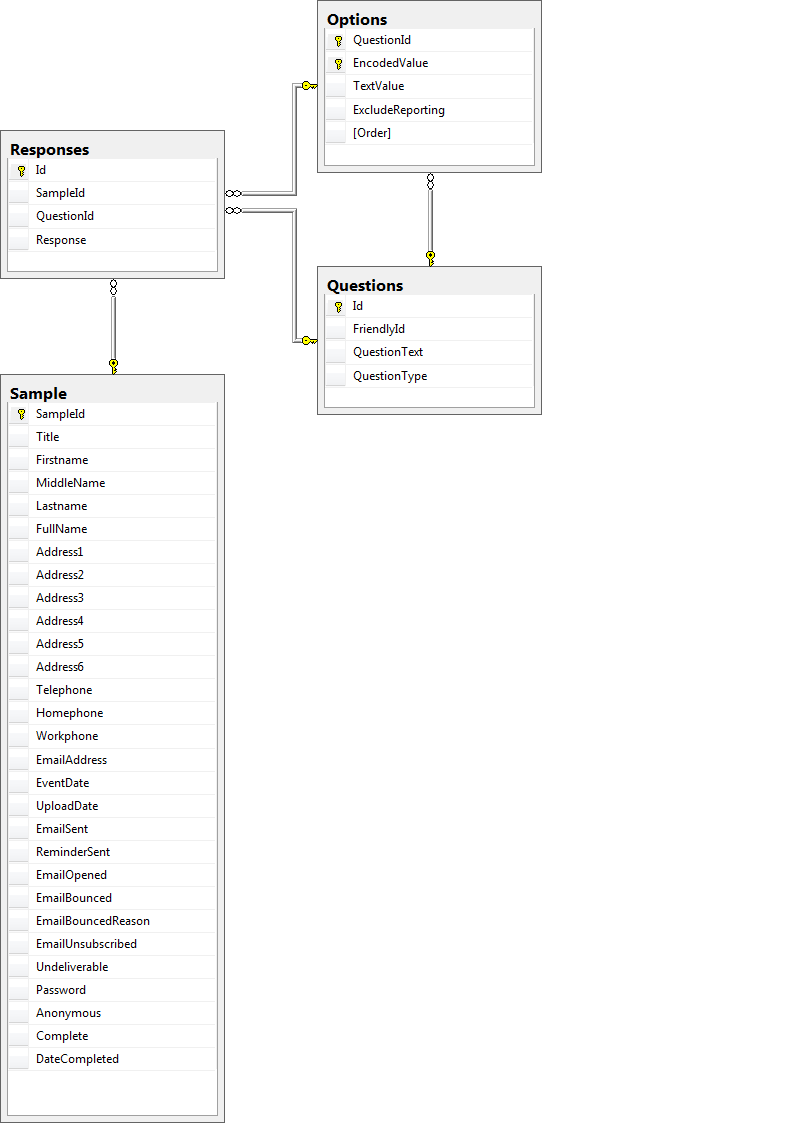 Ok, based on your very limited documentation, I would do the following:

Fact Tables - Your fact table is your measurement table. It is the thing that happened. It is the meeting together of dimension tables, typically at a point in time. In your diagram,

Dimension Tables - Dimension tables contain the textual context associated with a measurement event. It describes the “who, what, where, when, how, and why.” Based on your diagram:

Personally, I think you need to read up on Data Warehousing. The Data Warehouse Toolkit by Kimball is an invaluable resource.

Not the answer you're looking for? Browse other questions tagged data-warehouse business-intelligence olap star-schema or ask your own question.

4
Should I snowflake or duplicate it across my facts?
4
How to handle “many columns” in OLAP RDBMS
0
apply cdc to existing data warehouse
1
Star Schema - One dimension or split
2
Dealing with different types in a fact table
4
What are the difference between a “dimension” table in a star-schema and a “lookup” table in a relational database?
1
Design star schema for relatonal database
0
Deciding what values should be used in a data warehouse dimension?