The thing that I'm having trouble with is whether or not to separate proposals and tasks from one another in my Star Schema. For this reason, I've now created two different ones and I wonder if any of them is the "correct" way of doing it.

Star Schema 1, in which the proposal data has been separated from the fact table and put in a dimension table: 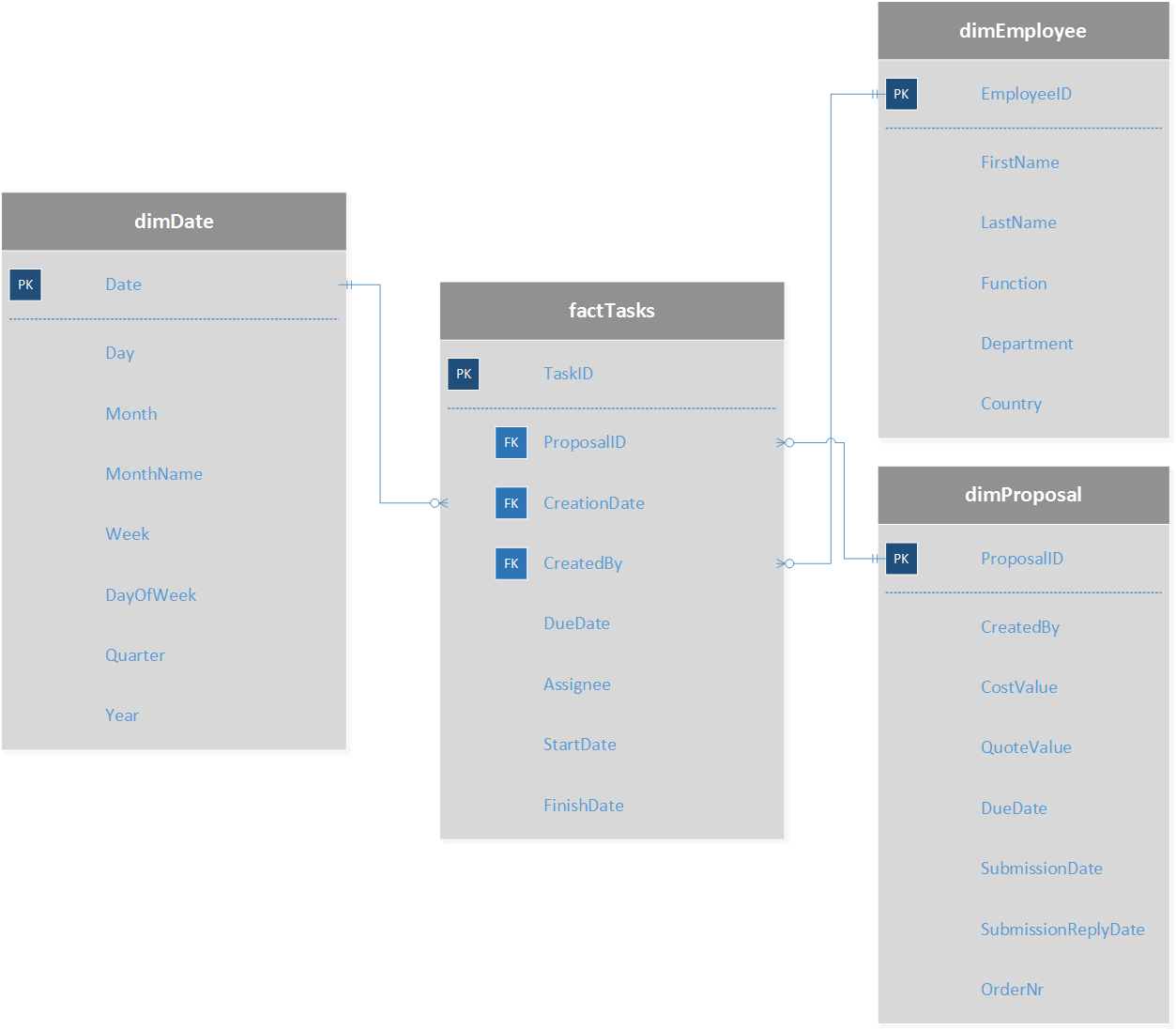 Star Schema 2, in which the proposal data and task data have been combined in the fact table: 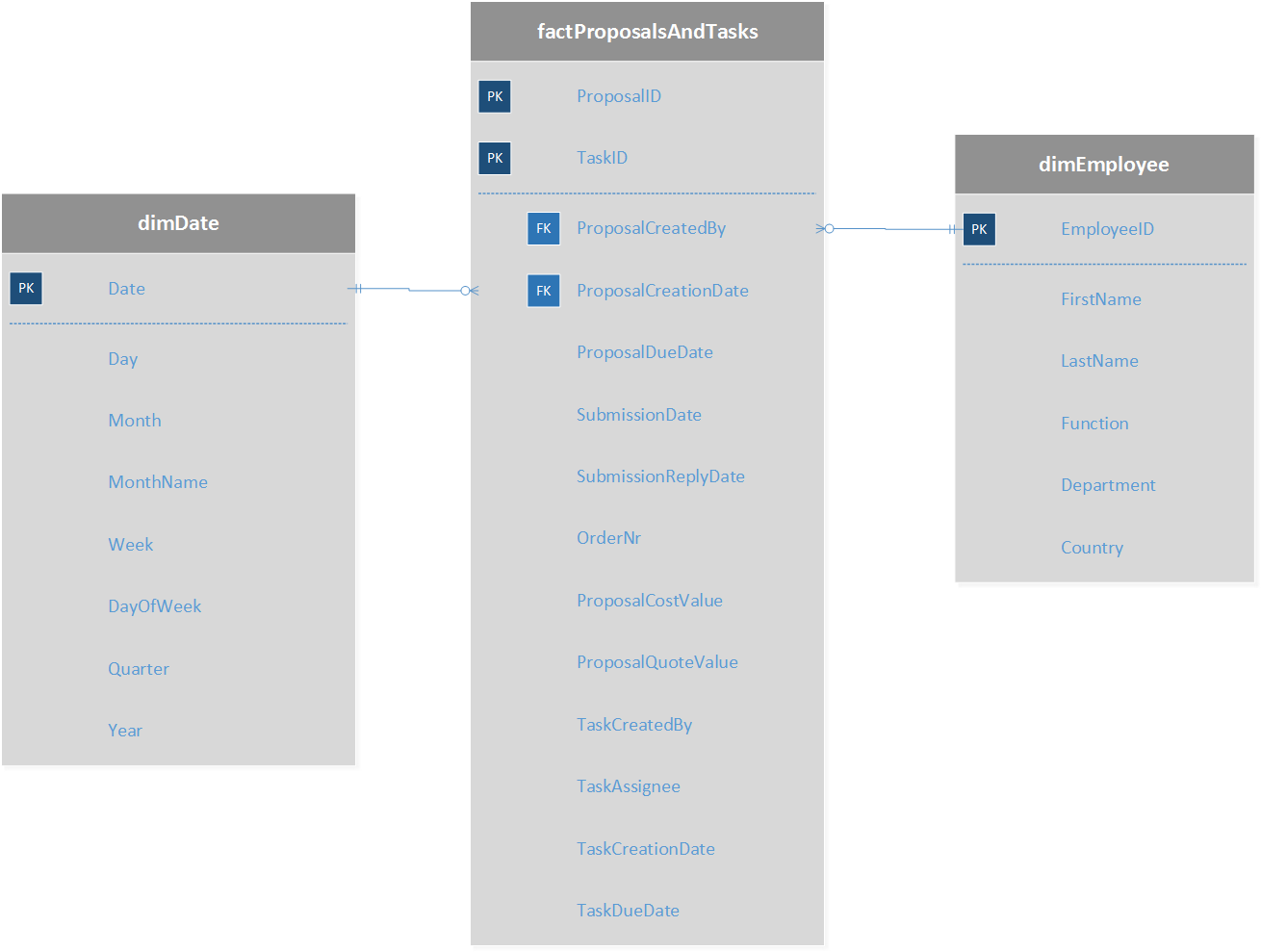 These are the metrics that I eventually want to be able to report:

Which of these schema's do you guys think is better? I've been trying to wrap my head around this for some while now, but I can't figure it out. Star Schema 1 has less redundancy, but does have values that I want to use in a dimensional table. Star Schema 2, on the other hand, has a lot of redundancy because proposals can have multiple tasks (sometimes up to 20).

P.S. The application and its database are still being developed so I have no data that I can use to test it.

This is a very interesting, but perhaps also a bit too general as a question.

My general opinion is that if the cardinality of a dimension starts to approach that of the fact table, then there's no point in keeping a separate dimension. If you read Kimball carefully you'll see that on many occasions there's an implicit assumption that dimensions are small when compared to the fact table (by a few orders of magnitude at least).

In your case, you mention a proposal may have up to 20 tasks; you're pretty much on the verge of having a dimension that starts to be too large to be efficiently handled.

However, there's another thing you may have missed. What you're trying to achieve is counting proposals on any given state of their lifecycle. Again, if you go to Kimball, the solution would be an accumulating snapshot fact table. But this comes at a cost, which is the need to define beforehand how many milestones of an object's lifecycle it is worth tracking.

There's an alternative, though, which I developed a while back and blogged about last week, which is what I call a Status Change Fact table, where you track events (in your case, tasks) and add rows to mark each state change in the proposal's lifecycle (blog post here). The basic idea is that if a proposal has two tasks, A and B, that took place on days D1 and D2, you insert three rows on your fact table:

This model, combined with a periodic snapshot to count how many of which are in each state at any given time, should allow you to run simple queries and still get meaningful answers to your questions.

I've implemented this approach in a couple projects recently where objects are tracked through a system, with a good degree of customer satisfaction, even though customers had to be educated to what negative counts in the status change table mean.

Not the answer you're looking for? Browse other questions tagged data-warehouse business-intelligence reporting star-schema or ask your own question.