I'm creating a tennis ladder website using PHP/MySQL/CSS & HTML. A tennis ladder is basically a system where you challenge a player and if you beat them you go one spot above them on the ladder rankings list. Originally I designed the website so that it was a single ladder that users could register to join and then participate in. That was up and running fairly well (in tests), but now I've decided I want to further expand it to allow multiple ladders. Here's what I'm trying to accomplish:

Here's what the tables for the ladder DB look like: 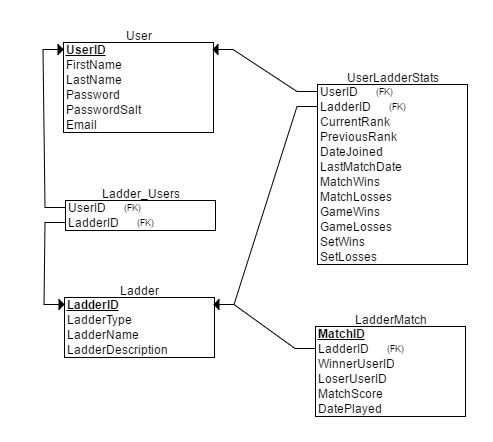 Here's a rudimentary visual representation of what some test data would look like when displayed. This will change to represent a select ladder's data. 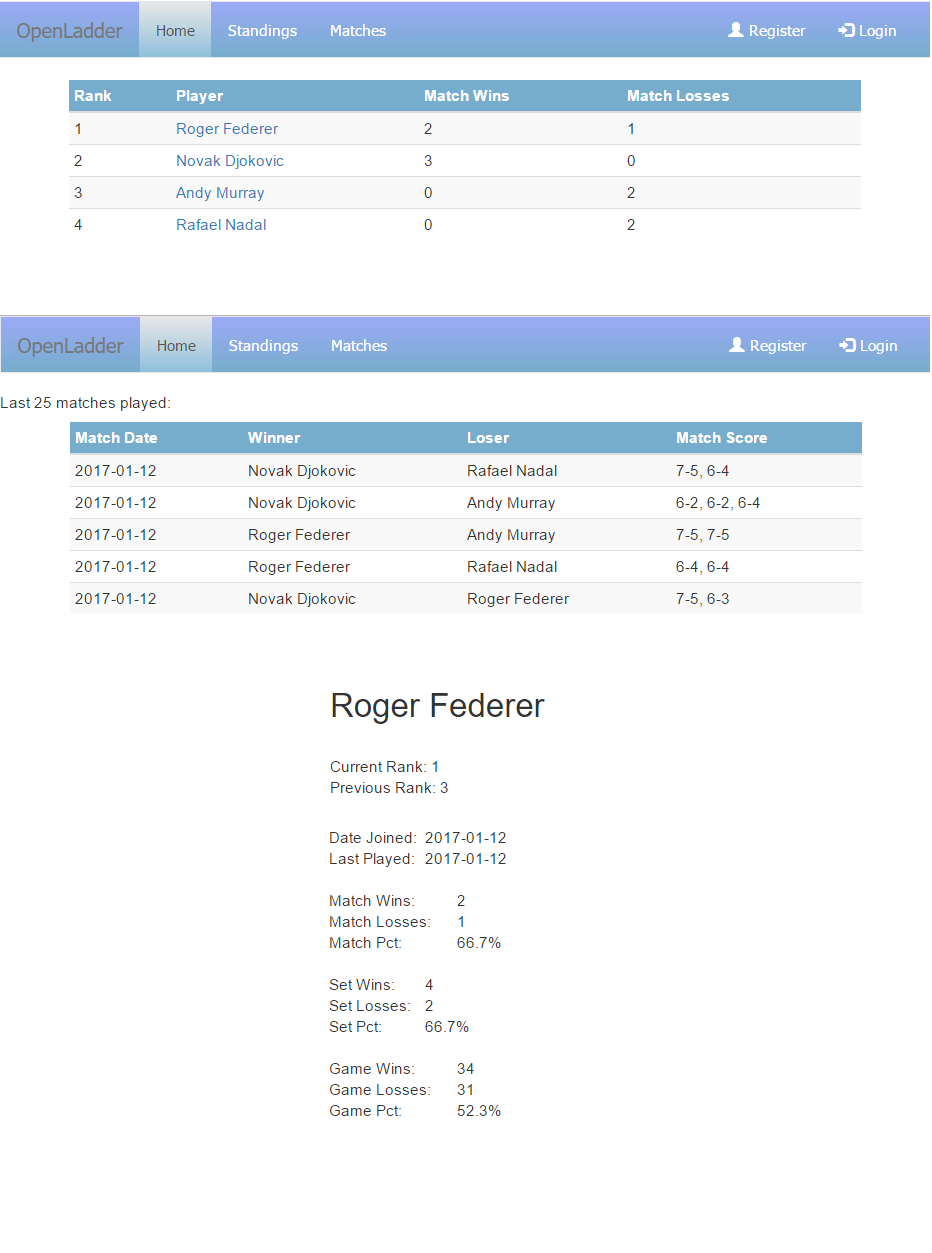 This is the first real web app I've attempted, so any advice on schema structure would be appreciated. Originally when I had conceived of it as just 1 ladder that everyone could join I had combined the User table fields with the UserLadderStats fields, and there were no Ladder or Ladder_Users tables. LadderMatch table has remained almost the same, but it now has foreign key references.

Also, note that the WinnerUserID and LoserUserID in LadderMatch are foreign keys, even though they aren't explicitly marked as such.