I have generated a trace file in SQL Server 2012, not really sure about the unit of duration, it is measured by millisecond?

SQL Server 2005 and later, duration is in microseconds when saved to a file or a table, and (by default) milliseconds on the GUI.

The visualization in SQL Server Profiler can be changed in the General Options: 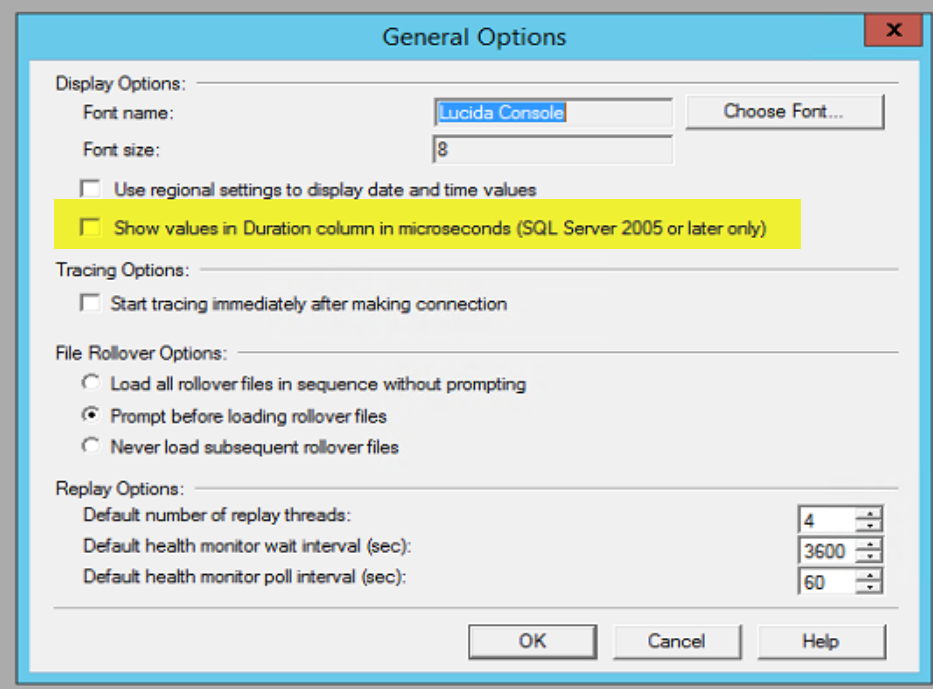