I'm running the Ola Hallengren Maintenance Solution and noticed the transaction logs weren't being backed up on the secondary, hence not being truncated, despite the AG backup preference being set to Prefer Secondary. If I run:

on the secondary, I get:

This is as expected. However if I then run:

This is wrong and should be set to 1. As the fn_hadr_backup_is_preferred_replica bit is set to 0 the Ola job doesn't backup or hence truncate the log. Searches seem to suggest lowercase instance names may be the issue, but all my instance names are upper case.

Can anyone suggest a resolution to fn_hadr_backup_is_preferred_replica returning 0 instead of 1? 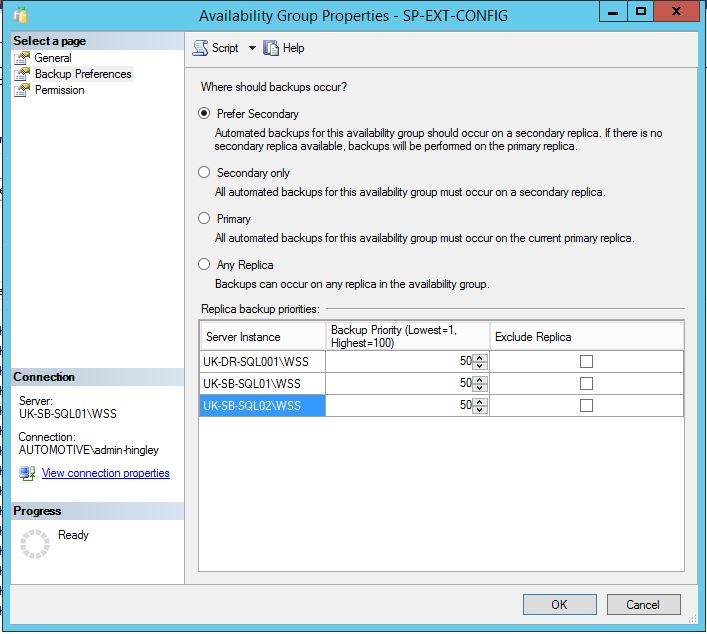 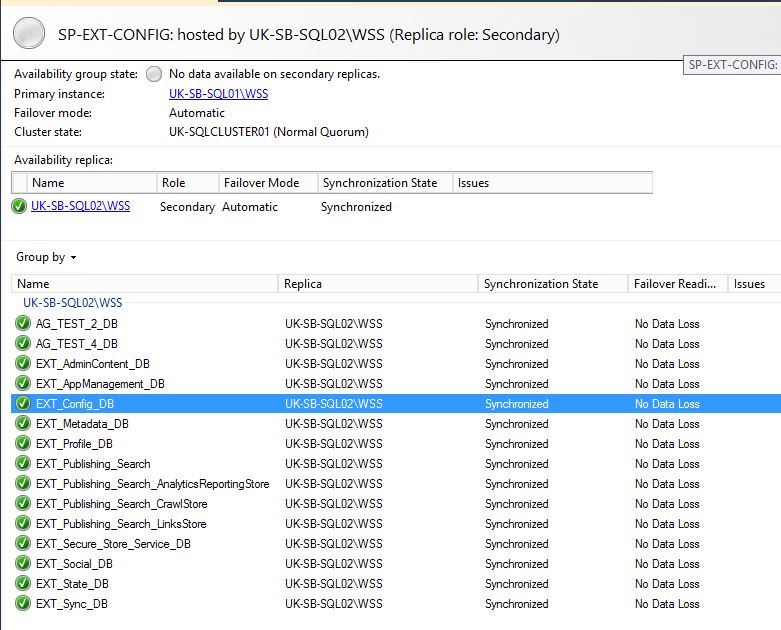 This is wrong and should be set to 1.

If you want it set to 1, then you should configure your backup preferences properly.

The reason it is not returning a 1 is because it shouldn't be based on your current preferences. Right now, all of your replicas have the exact same backup priority which means we're going to next look at replica names. Since UK-DR-SQL001\WSS sorts first, that should be the secondary (given that UK-SB-SQL01\WSS is your primary) that the function returns a 1 on.

If you want the backups to happen on a different server, then set the priority appropriately.

Here is an extremely simple repro showing that given your current settings, UK-DR-SQL001\WSS should be the replica which a 1 is returned.

I'm running the Ola Hallengren Maintenance Solution and noticed the transaction logs weren't being backed up on the secondary, hence not being truncated, despite the AG backup preference being set to Prefer Secondary

It seems to be that this isn't setup or running on the DR server, or a backup would at least be attempted.

The interal code of the function fn_hadr_backup_is_preferred_replica utilizes the output of SELECT @@SERVERNAME to ensure the replica names match.

Ensure the output of that matches the replica name of your secondary. As well if you are using a case-senstive collation on your server it will need to be an exact match, or you get the same result.

Not the answer you're looking for? Browse other questions tagged sql-server sql-server-2012 availability-groups high-availability ola-hallengren or ask your own question.