why different where condition got the same select results? 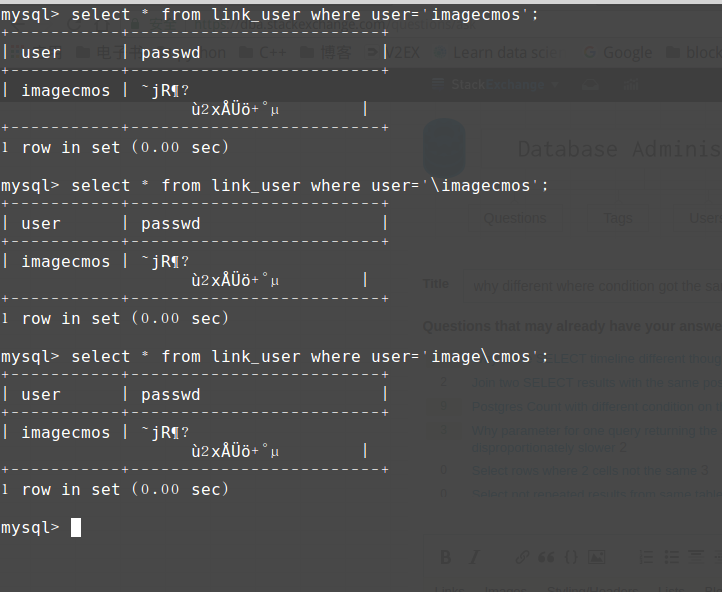 Any help is appreciated.

This seems to answer your question:

Within a string, certain sequences have special meaning unless the NO_BACKSLASH_ESCAPES SQL mode is enabled. Each of these sequences begins with a backslash (\), known as the escape character. MySQL recognizes the escape sequences shown in Table 10.1, “Special Character Escape Sequences”. For all other escape sequences, backslash is ignored. That is, the escaped character is interpreted as if it was not escaped. For example, \x is just x.

1
Receiving duplicate results in one condition of JOINED query
0
How to use explode mysql function in where condition with cakephp
1
convert 1 row as column and concatenate the results to the corresponding column
0
Select not repeated results from same tables in different databases
2
Join two SELECT results with the same post_id value
1
Why is the SELECT timeline different though the WHERE clause & EXPLAIN plan are same?
0
UPDATE with multiple WHERE and SELECT condition - MySql
0
SQL substract values from same column different rows
0
How to get last inserted rows where a condition is satisfied
0
Join the SAME tables from DIFFERENT databases