Difference between Seek Predicate and Predicate

I'm trying to performance tune a query that we have in SQL Server 2014 Enterprise.

What's the difference between Seek Predicate and Predicate? 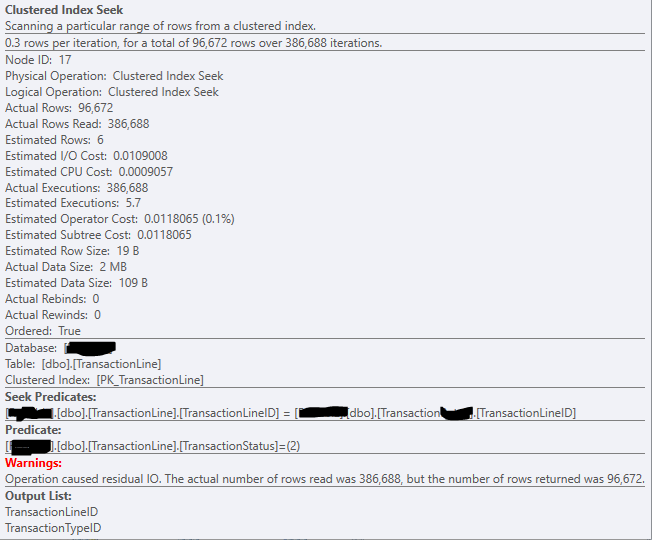 Note: I can see that there are plenty of problems with this node (e.g. the Estimated vs Actual rows, the residual IO), but the question does not relate to any of that.

Let's throw one million rows into a temp table along with a few columns:

Here I'm not using BETWEEN because Aaron Bertrand is hanging around this question.

How should SQL Server optimizer that query? Well, I know that the filter on PK will reduce the result set to five rows. SQL server can use the clustered index to jump to those five rows instead of reading through all million rows in the table. However, the clustered index only has the PK column as a key column. Once the row is read into memory we need to apply the filter on COL2. Here, PK is a seek predicate and COL2 is a predicate. 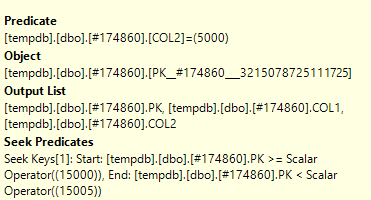 SQL server finds five rows using the seek predicate and further reduces those five rows to one row with the normal predicate.

If I define the clustered index differently:

And run the same query I get different results: 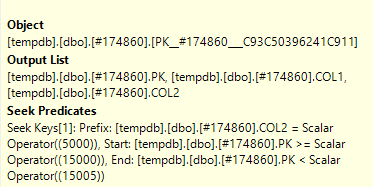 In this case, SQL Server can seek using both columns in the WHERE clause. Exactly one row is read from the table using the key columns.

For one more example consider this query:

The IX_174860_IX index is a covering index because it contains all of the columns needed for the query. However, only COL1 is a key column. SQL Server can seek with that column to find the 1000 rows with a matching COL1 value. It can further filter down those rows on the COL2 column to reduce the final result set to 0 rows. 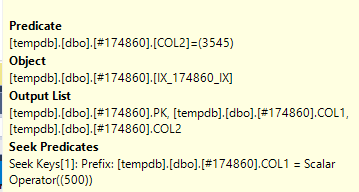 Not the answer you're looking for? Browse other questions tagged sql-server-2014 performance execution-plan query-performance or ask your own question.