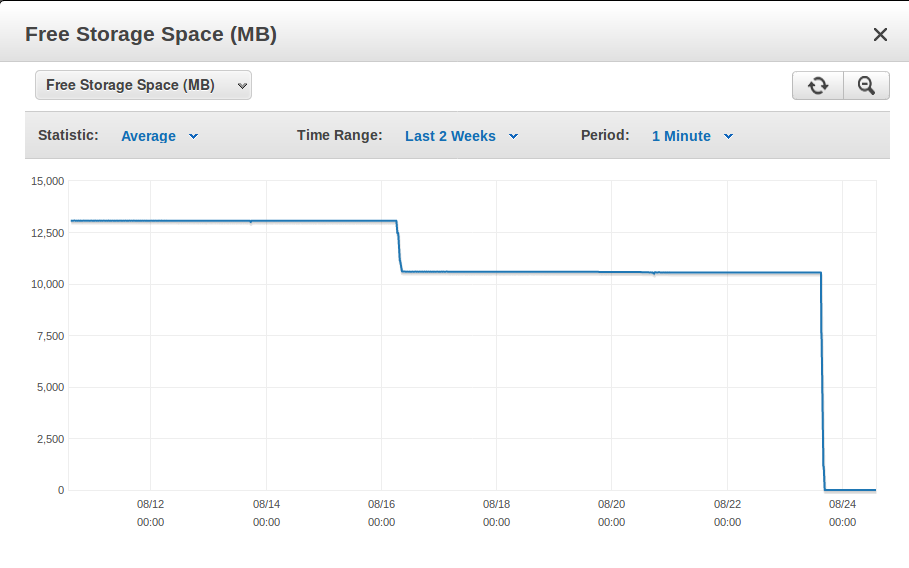 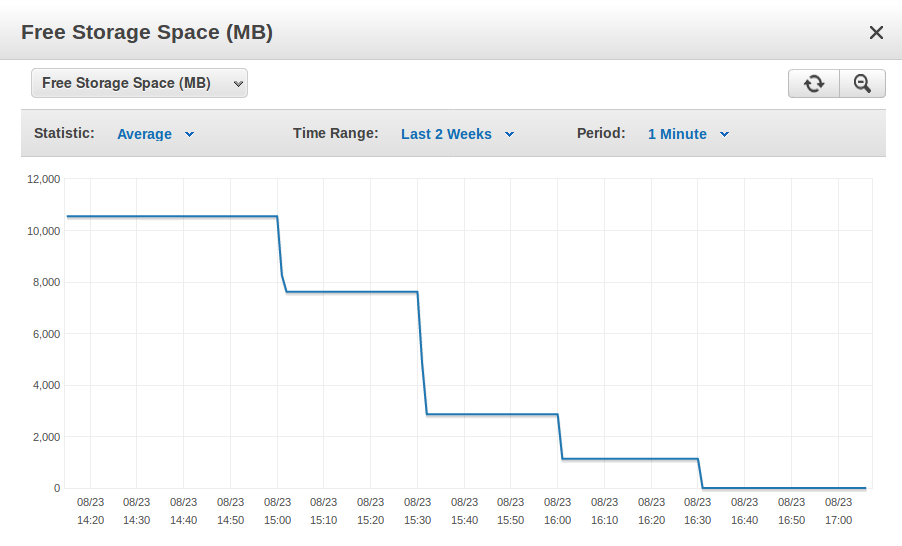 56
Why does InnoDB store all databases in one file?
25
Transactional DDL workflow for MySQL
11
MySQL Index creation failing on table is full
7
How can Innodb ibdata1 file grows by 5X even with innodb_file_per_table set?
4
Can I move the undo log outside of ibdata1 in MySQL 5.6 on an existing server?
2
mysql directory grow to 246G after one query, which failed due to table is full

1
What MySQL storage engine should I choose?
4
Why would increase in innodb_buffer_pool_size slow down MySQL?
15
How can I determine how many IOPs I need for my AWS RDS database?
2
I have delete database from mysql but storage is not freed
0
Import a sample database into SQL Server on AWS RDS free tier
2
How do I efficiently partition a large MySQL (Aurora) table with multiple search columns?
0
AWS MariaDB reports via CloudWatch that disk space free storage is 0 but 40% unaccounted for