For example, a plan which was forced on 20.09. Only 1 compilation happened to use forced plan. 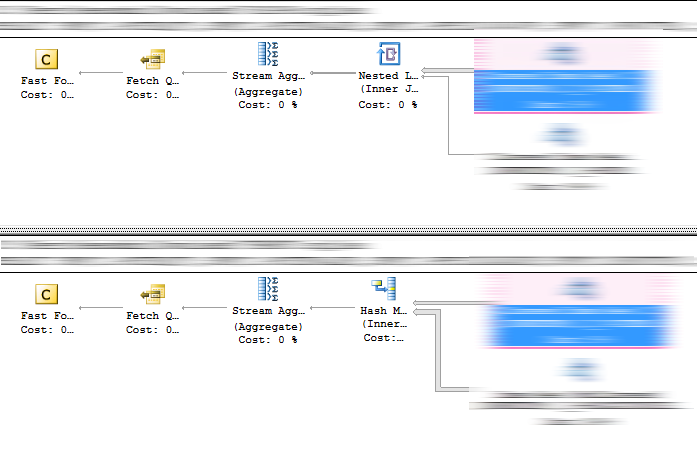 What am I missing here?

Query Store has a mechanism to enforce Query Optimizer to use certain execution plan. However, there are some limitations that can prevent a plan to be enforced.

You are using a cursor.

You can often force a cursor plan with a plan guide instead. See Using the USE PLAN Query Hint on Queries with Cursors.

And yes, I agree that the current situation does not make for the best user experience. I would expect that attempting to force a plan for something that cannot (currently) be forced would raise an error or warning, or log something. You could log a Feedback item to request an improvement in this area.

As of SQL 2019 CTP 2.3 forcing query execution plan for Fast Forward and Static cursors are supported

Not the answer you're looking for? Browse other questions tagged sql-server sql-server-2016 execution-plan query-store or ask your own question.