CACHESTORE_SQLCP Sql Plans takes up > 38 GB after a few days.

We are already running with "optimize for ad hoc workloads" option on. (Entity Framework and custom reporting creates a lot of ad hocs!)

It doesn't seem to clear it:

I was running with Query Store enabled, but I disabled it to see if that was interfering with anything, it didn't seem to help, but I left it off.

is 1-3 or so (it seems to show only ever show currently-running queries), even though all that memory is reserved, even before I attempted to clear anything. What am I missing?

CACHESTORE_SQLCP is taking up more than 60% of all available memory, which is a concern because there are memory waits happening occasionally. In addition, we had to kill a routine DBCC CHECKDB over the weekend that was lasting 4 hours because insufficient memory was stacking up waits (it completed instantly with no errors with PHYSICAL_ONLY on).

Is there any way to reclaim this memory (other than nightly reboots!?)? 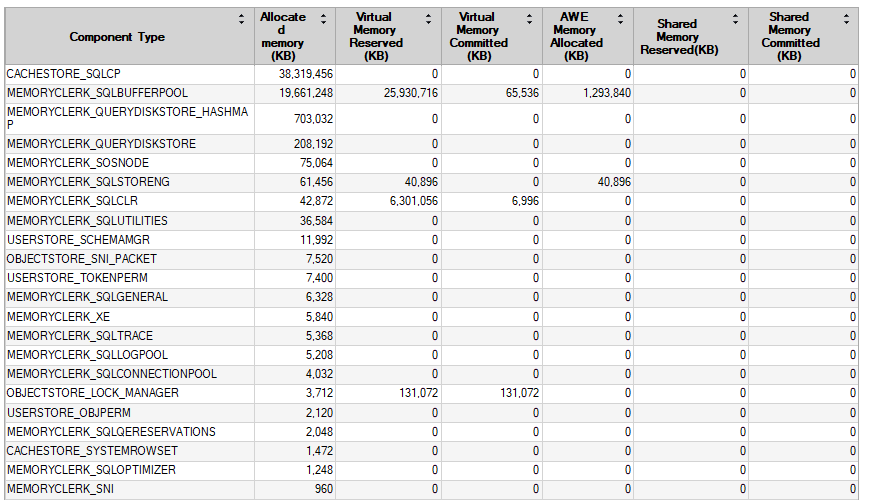 The output of DBCC FREEPROCCACHE is

Which is the standard message. Other DBCC functions that RDS does not support give error messages about permissions.

Time will tell to see if it uses the memory a little wiser now, but at least now I have a way to reset it if its gets too bloated again.

Does AWS RDS allow for resource governor settings? If yes, then the syntax is:

Find out if you have pools with:

Run the following command to determine if you have these permissions:

The following server-level roles are not currently available in Amazon RDS:

The following server-level permissions are not available on SQL Server DB instances:

These restrictions/limitations may have changed since the document was published.

Brent Ozar wrote an article "SQL Server RDS" where he noted that...

Many DBCC commands don’t work at all – DBCC DBINFO and DBCC LOGINFO were explicitly denied. I did, however, discover that I could run DBCC FREEPROCCACHE as often as I wanted.

Keep in mind that these limitations may change over time – new features are added on a regular basis.

If your account has the required permissions and you are not able to free up cache, then you may want to open up a support ticket with Amazon.

Not the answer you're looking for? Browse other questions tagged sql-server optimization sql-server-2016 memory amazon-rds or ask your own question.