I have a script task that appears as running fine, but no matter what I put inside nothing ever get executed. I tried all sort of stuff: logging via the built in SSIS Logging mechanism, logging through additional variables and SQL Command task and I can never figure what's wrong. I tried to put breakpoint and it won't break during debugging.

This is VS 2015 with SQL 2016. This issue happens only when deployed on one of the SQL Server. I previously has no issue at all at that server. I deployed the same package on a different SQL box (same configuration) and it ran as expected.

EDIT: To better clarify the problem I started a new SSIS Package, it only 3 script tasks in it:

Once the Test Task is completed, it is linked to a "Success Task" if the test is successful, a "Fail Task" if it fails. 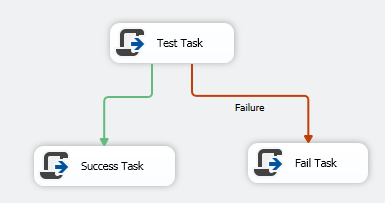 On VS, the test task fail as expected and goes to the fail task. However once deployed it stop working. 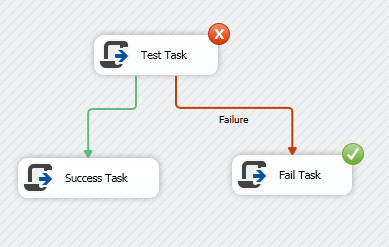 There are 3 things you can check:

Check that you are selecting the appropriate TargetServerVersion property 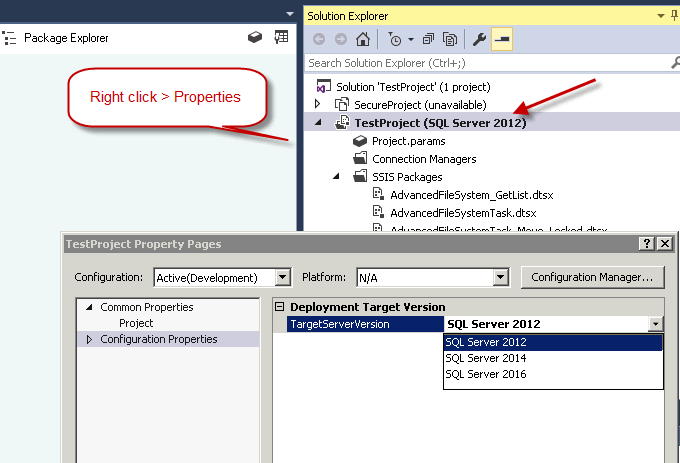 Click on Fail Task and press F4 to show the perperty Tab, check that ForceExecutionResult is set to False. 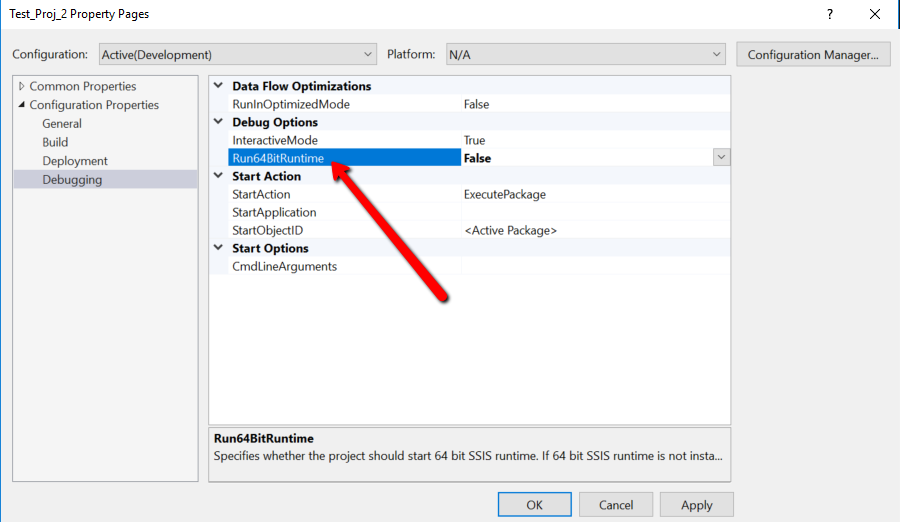