If no plans to uninstall, can Log and Update Cache folders in Setup Bootstrap folder be removed?

I have several versions of SQL Server, used for testing, installed on my laptop (2012, 2014, 2016, and 2017). I noticed the other day that there was a folder containing prior versions of files across updates (SPs, CUs). Across all versions there is actually quite a bit of space being taken up:

(all folders below reside within: C:\Program Files\Microsoft SQL Server\ )

Totals for those folders are (MB have been normalized to GB):

Initially I figured that it should be safe to remove the Log and Update Cache folders, but then I reckoned it best to first check to see if others have asked this and if so, what the answer(s) had been. I found this KB article:

Description of the Update Cache folder in SQL Server

What happens if you remove this folder or delete its contents?

If the Update Cache folder or some patches are removed from this folder, you can no longer uninstall an update to your SQL Server instance and then revert to an earlier update build. In that situation, Add/Remove Programs entries point to non-existing binaries, and therefore the uninstall process does not work. Therefore, Microsoft strongly encourages you to keep the folder and its contents intact.

Ok. I have no plans to ever downgrade or uninstall an SP or CU, so I should be ok, right? Well, there are other references, such as this one:

Is it safe to delete the "Update Cache" folder?

in which someone referenced the following KB article:

Now, this particular article seems specific to the C:\Windows\Installer folder, and I am not talking about deleting from that folder. Still, due to the mention of the possibility of not being able to apply updates, I wanted more info first.

Has anyone removed these folders before, or at least just their contents? If so, were there any negative effects? These folders only ever increase. I just applied the "Spectre / Meltdown" patches for all four versions and the totals increased by 3.65 GB and 6,900 files (the end result being the figures shown in the chart above).

>> NOTE FROM O.P.: While I have accepted this answer, please be aware that it is not conclusive since extensive testing has not been done. It is possible that certain types of updates, or series of updates, might have slightly different requirements, etc. But for the moment, there is no evidence or information suggesting any different behavior. <<

This testing confirms that you can delete the contents of the Log and Update Cache within your Setup Bootstrap log folder and still be able to apply future CUs, GDRs, and SPs.

Next, I delete the contents of the Log and Update Cache. See screenshot below; 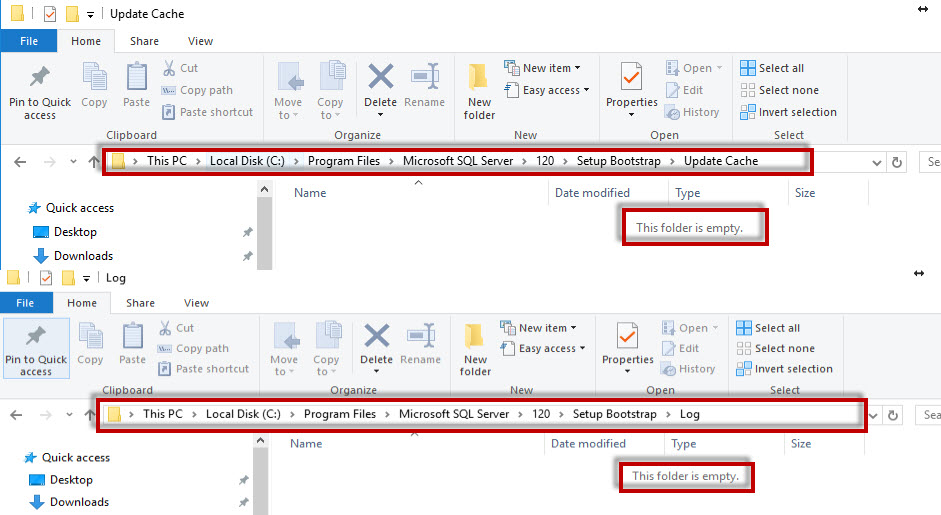 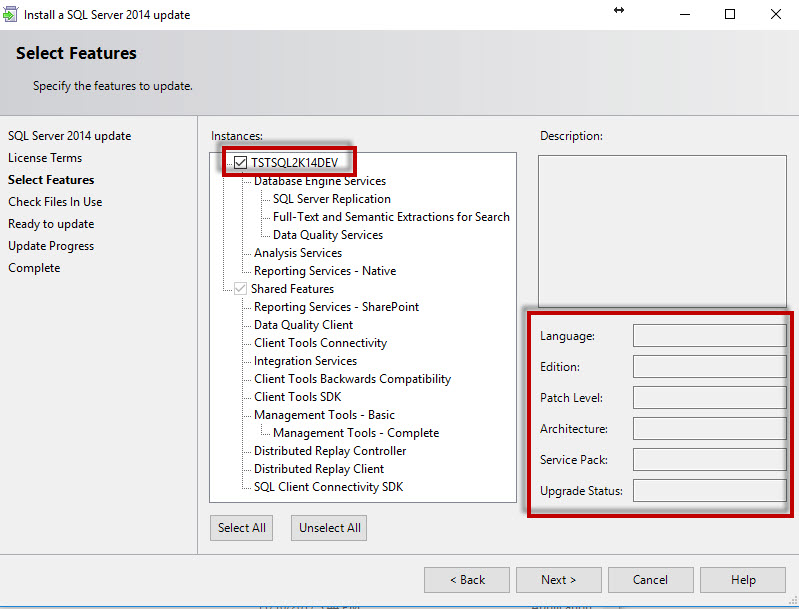 The only thing i see here during the setup is that it does not pick up the current version for the instance. NOTE: I have seen this in multiple scenarios which is not related to this and setup did complete successfully. Now I am more interested to see if this completes successfully :P

Setup did complete successfully as I was expecting and SQL has been patched. Now lets do some few checks to verify the behavior.See screenshot for successful intall and noticed highlighted at the bottom the location of the new summary txt file for the patch. 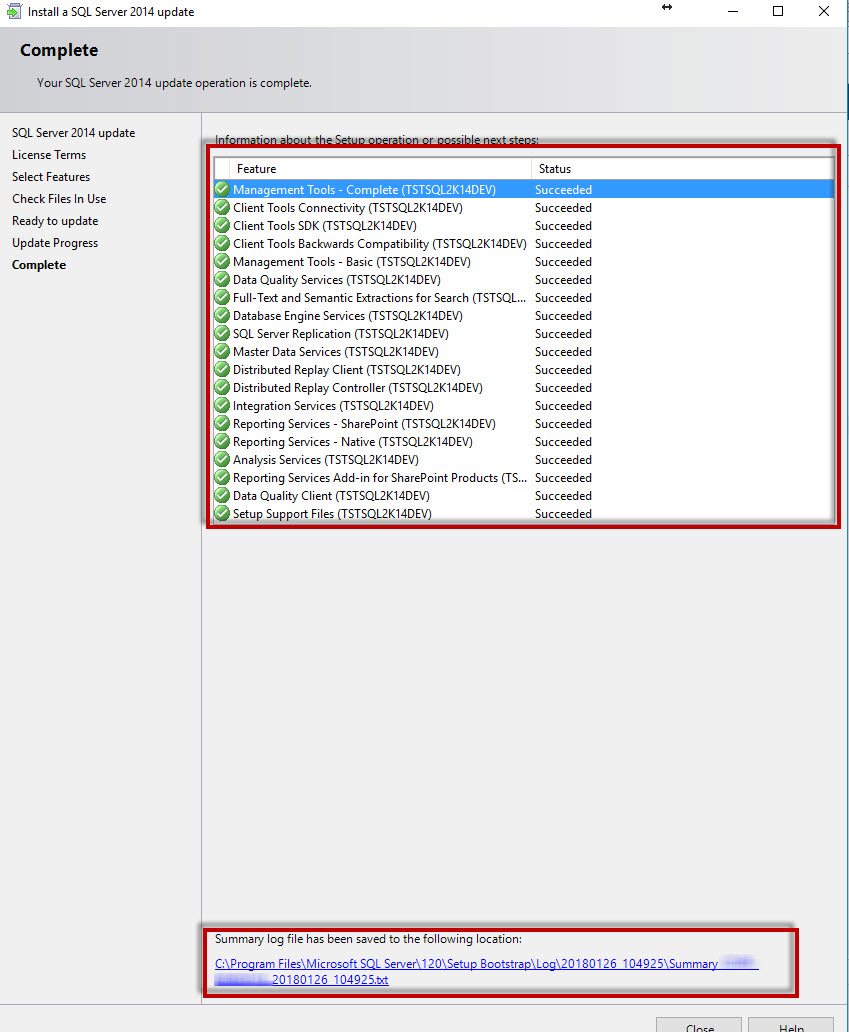 First lets connect to SQL Server and observe the version. Per screenshot, Yes the SQL Server is now at 12.0.5571 as mentioned earlier in the test.

Now lets finally check what happens in the Log and Update Cache folders.

We notice that new folders and files are created for the patch that we run successfully. This is the expected behavior of a SQL setup.

It is valid to say that yes you can delete the contents of Log and Update Cache folders in Setup Bootstrap folder and be able to still perform future patching/upgrade on the SQL Server.

Not the answer you're looking for? Browse other questions tagged sql-server best-practices disk-space management or ask your own question.