Why would my Oracle read from disk?

[Copied from ServerFault to what seems like a better-suited forum]

The current size of the only database on it is only about 60GB.

Yet, we see plenty of disk reads -- on the device where the database is stored -- in the iostat-output (shown in blue). There are some writes (shown in yellow) too, of course: 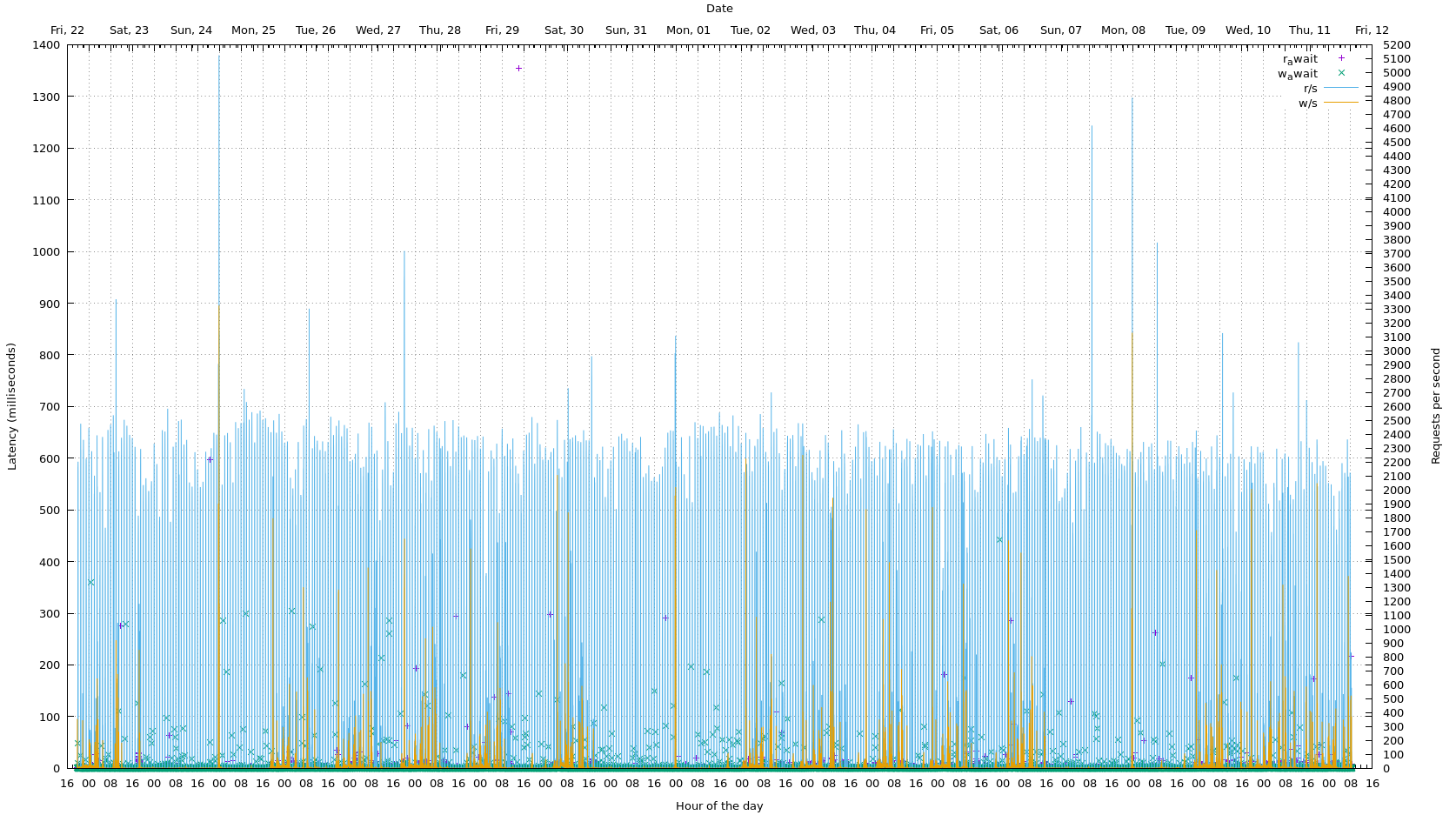 While the writes to permanent storage make sense because we do make modifications to the data some times, the reads do not -- the entire DB can fit in memory twice over... Indeed, we should be able to store it on a USB-stick and still have good read-times -- comparable to those of Redis, for example.

What parts of the Oracle-configuration should we examine and tune to make the server use all available RAM?

We will look at the INMEMORY settings. But it would seem, the inmemory_* parameters come into play only, when the server has to (because of RAM shortage) decide, what to drop from memory to be re-read back later. In our case nothing should ever be dropped from memory, because there is room for everything. And yet some things are, evidently, being (re)read again and again...

Update: the output of free on the server currently reads:

The processes owned by the oracle-user all seem to share the above-mentioned 85GB memory piece. Maybe, we really are just constraining the server ourselves -- the 30GB unused memory seems to suggest that. How do we tell the server to use more?

Just a few possibilities with not 100% accurate explanation.

+1. You have a bigger SGA configured than your database. (Hopefully you configured it at instance level as well). You can force full database caching as:

+2. In-Memory is an extra cost option for the database that needs to be licensed. Use it only if you have the appropriate license for it.

In your RedHat server alter swappiness kernel parameter to a lower value or 0 to avoid swap operations. And as said above, check your Oracle DB memory values.

Not the answer you're looking for? Browse other questions tagged oracle oracle-12c in-memory-database or ask your own question.