I got a reasonable simple query:

However, it do not complete. I have tried several times. The last time I waited 8 minutes before canceling it. 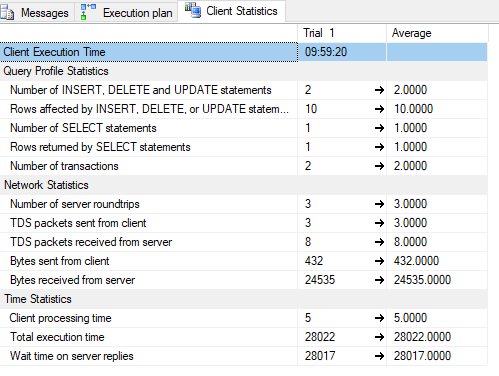 I'm lost. Why on earth does it take so long? All SELECT statements are fast. And the DB isn't really big. The ErrorReports table is the largest one.

(This is an SQL Azure DB in an elastic pool)

The data is fairly large (used datalength in the query): 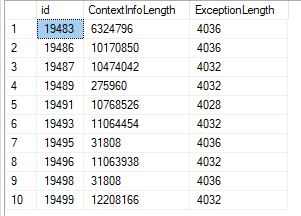 It seems likely the very large ntext data is highly fragmented, causing a large amount of random I/O (or other inefficiencies) when locating LOB fragments to delete. Maybe the elastic thingy needs more I/O horsepower too.

You may need to export and reload the data to solve this problem. Copying to a new table, dropping the old, then renaming the new would also work.

Unless you have an extremely good reason not to, I suggest you also change the data type from the old, deprecated ntext to the replacement nvarchar(max) while reloading the data.

It may also simply be a SQL Server limitation with large LOBs. See the related Q & A Slow Delete's of LOB data in SQL Server.

The usual recommendation is to move to an alternate storage solution when data averages 1MB or more. See the SQL Server technical paper FILESTREAM Storage in SQL Server 2008 by Paul S. Randal for details. This is not yet supported in Azure SQL Database, unfortunately.

Perhaps you would be better storing the large LOB data in Azure Blob storage instead, and only holding a link in the database itself.

Not sure if it will make a difference but this syntax should work:

I tested on a simple table and get a very simple query plan with a single index scan.

IMO ,you should reconsider the size of [Exception] ,[ContextInfo] .

for example ,is there any row in table where len(Exception)>1000

I think varchar(1500) is enough,it will improve your given query.

May be size cannot altered.

Alternatively you can go for RBAR

Not the answer you're looking for? Browse other questions tagged sql-server azure-sql-database delete or ask your own question.