So after looking at the production database, I realised that several queries were running utilizing no indexes at all, and as such, were row-scanning close to 4 million rows. :/

I added the required indexes to both the production db instance and the staging read-replica instance.

The result of adding the indexes on the staging environment has been huge: 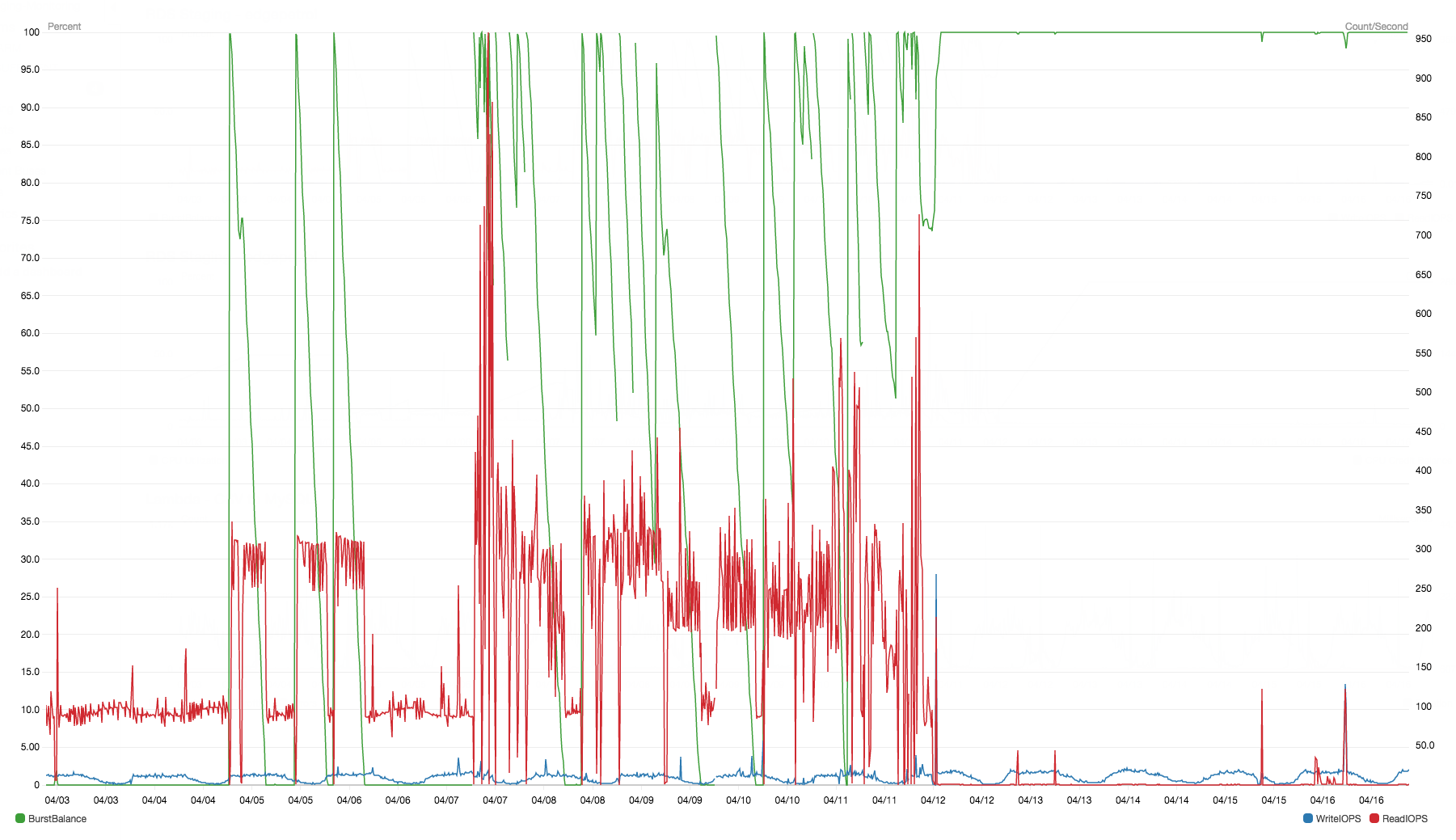 You can clearly see when the indexes were added, leading to a massive reduction in IOPS and as-such keeping the burst balance at it's maximum level.

However, on our production instance, all is not quite so perfect: 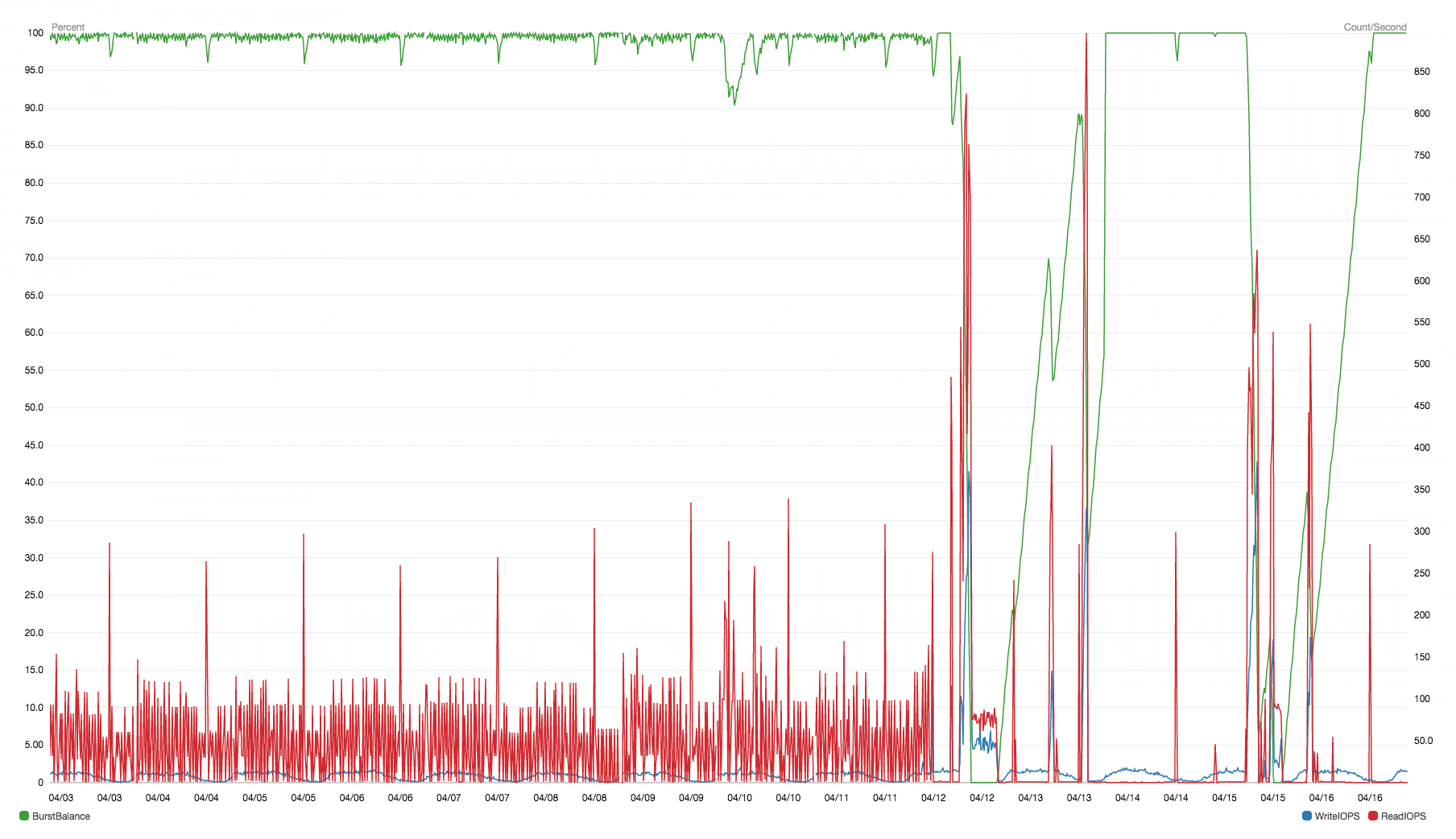 Again, in general the amount of IOPS has gone down dramatically. However, we are now seeing huge spikes in both read and write IOPS every day or so (no particular schedule) which then completely exhausts our burst balance and cripples the db instance until whatever it is doing is finished, at which point the burst balance goes back up again.

Does anyone have any idea's as to what might cause this sort of behaviour, especially in regards to adding indexes, as these spikes were not occuring before we added them.

Few things you can look forward to this issue.

Not the answer you're looking for? Browse other questions tagged mysql performance amazon-rds aws or ask your own question.

4
AWS performance of RDS with provisioned IOPS vs EC2
15
How can I seamlessly upgrade the major version of an AWS RDS postgres database?
1
Is MySQL/MariaDB getting a better IOPS deal than Postgres in RDS?
1
Randomly slow inserts with InnoDB
1
AWS RDS Post Optimisation after a huge delete
6
MySQL in AWS RDS 100% CPU on some queries
0
MySQL 5.6 @ AWS RDS read IOPS plateaus lower than write IOPS
3
MySQL hitting IOPS wall in AWS, not able to utilize full volume IOPS level