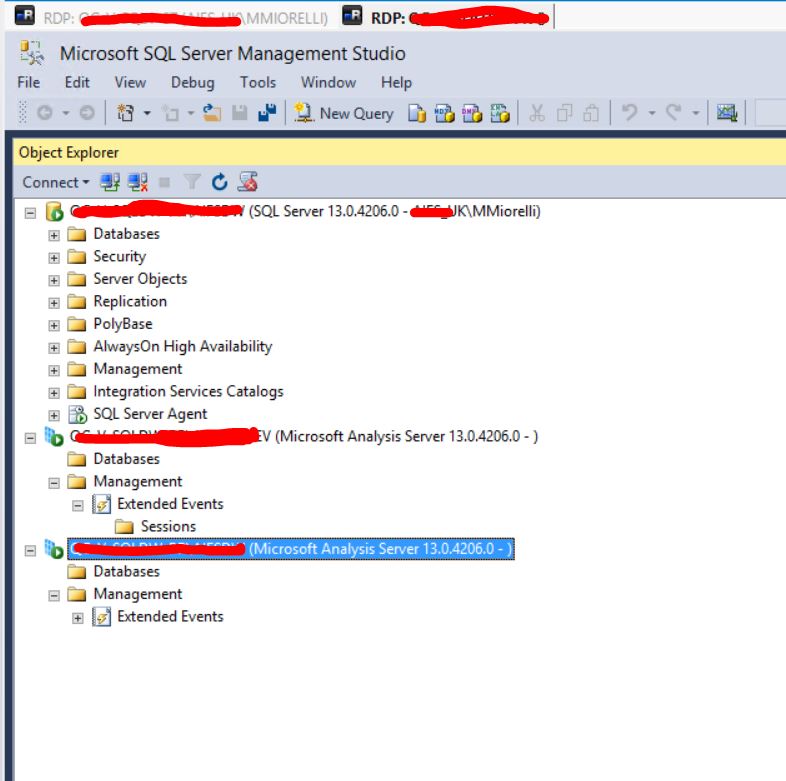 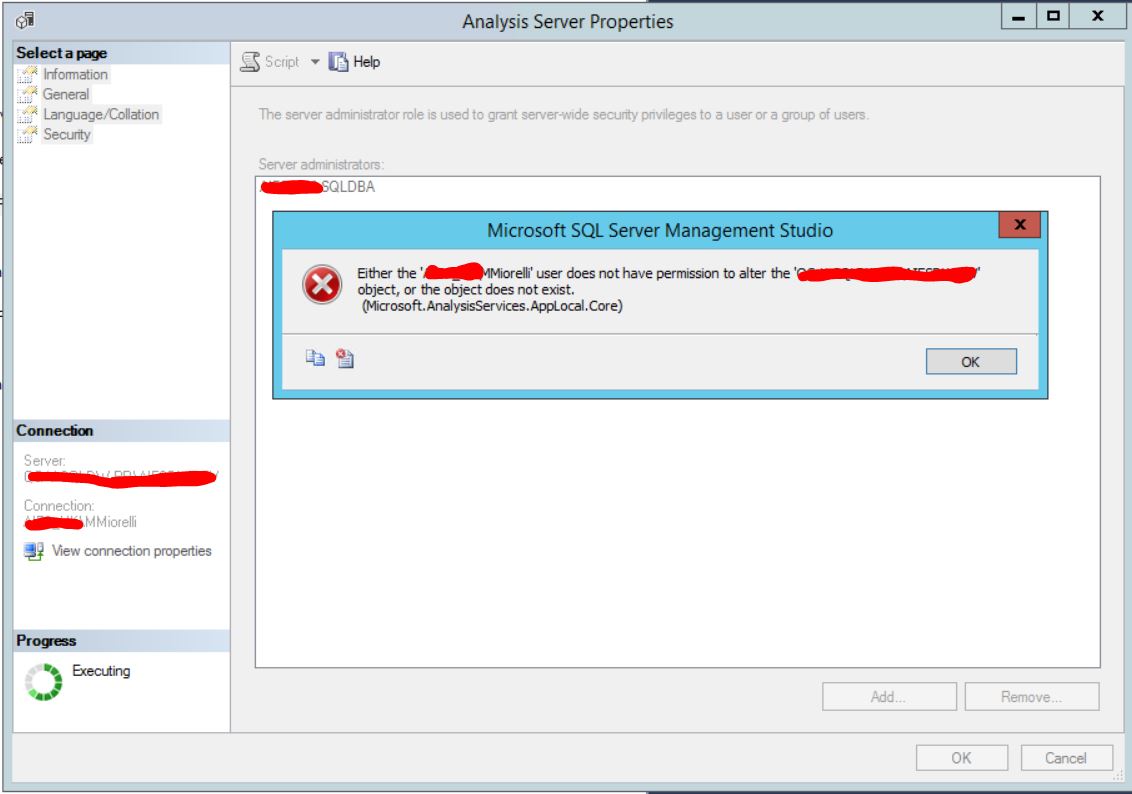 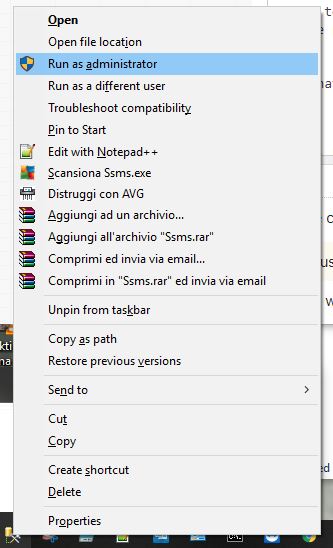 2
How to change user running audits mssql
1
StorageEngineUsed set to TabularMetadata. For databases in this mode, you must use Tabular APIs to administer the database
1
How can I script administrator permissions on a SSAS server?
1
Do I still need OLAP cubes after a SQL Server Upgrade

2
Find which permissions are being used for a given user on a object
5
Linked Server from SQL Server to SSAS not working - what is missing?
2
SSAS - how to script the General settings? where are them stored? how can they be queried?
1
SSAS ErrorCode="3239575554" Either the user does not have permissions to alter the 'SERVER' object
2
SSAS and SQL Server on the same server
2
How to find out ALL the users that can connect to SSAS?
2
Permissions to be granted to developers to investigate jobs, queries, and packages
1
Problems attaching a SSAS database
2
how to sucessfully revoke view any definition (or any other server permissions)?
1
How can I script administrator permissions on a SSAS server?