This is the plan for one of the query which is taking almost 3 minutes to execute.

This plan is from current server(SQL Server 2008 R2) and it takes 10 seconds only for the same query.

I have been trying out what is causing this slow performance. Steps i tried.

FYI,the sql queries are generating from the application using linq and not stored as a stored procedure.

See the attached screenshot when i run EXEC sp_BlitzFirst @SinceStartup = 1; 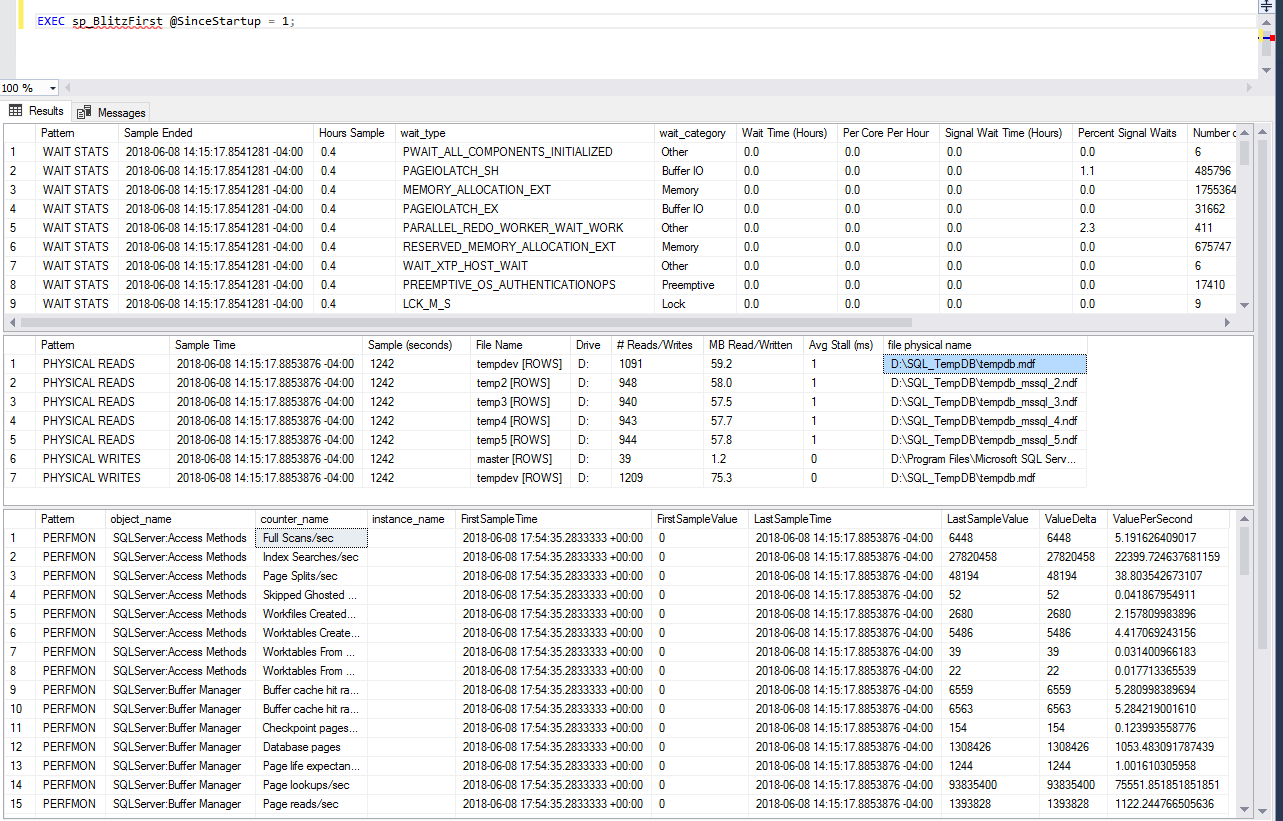 Rebuilt Indexes and Updated statistics,but not much help as of now. I have noticed a SORT operation with cost 95% ,but i already have an index for that SORT filed,so i don't think that SORT is an issue.Correct me if i am wrong.

Queries in need of query and index tuning are often those that are most vulnerable to performance regression after a SQL Server upgrade. That may be the best long term solution. It won't hurt to update stats to make sure the optimizer has the best information for informed choices.

If you identify issues where the legacy cardinality estimator performs significantly better after tuning, I suggest the most granular approach to address performance regressions. With a limited number of specific queries, use the FORCE_LEGACY_CARDINALITY_ESTIMATION hint. For a large number of queries within specific database(s), use ALTER DATABASE SCOPED CONFIGURATION. In the case where you experience CE problems with most or all databases, turn on trace flag 9481 at the instance level.

Not the answer you're looking for? Browse other questions tagged sql-server execution-plan index-tuning performance performance-tuning query-performance or ask your own question.