How to copy & paste “Missing Index” in “Execution plan” tab of SSMS?

You get a tool-tip on mouse hovering over it but there does not appear to be a right-click menu copy them. For years I've just typed out any I needed but am curious if the base form can be easily gotten from the tab.

You can use the right click feature, but it's limited. Not just because, like you mentioned, the missing index requests are kinda lame, but also because it will only ever show you one, and the one it shows you might not be the best one.

When I run it and look at the query plan, there's one missing index request listed with an estimated impact of ~16%.

But if I go into the XML, there's another request with a higher estimated impact: 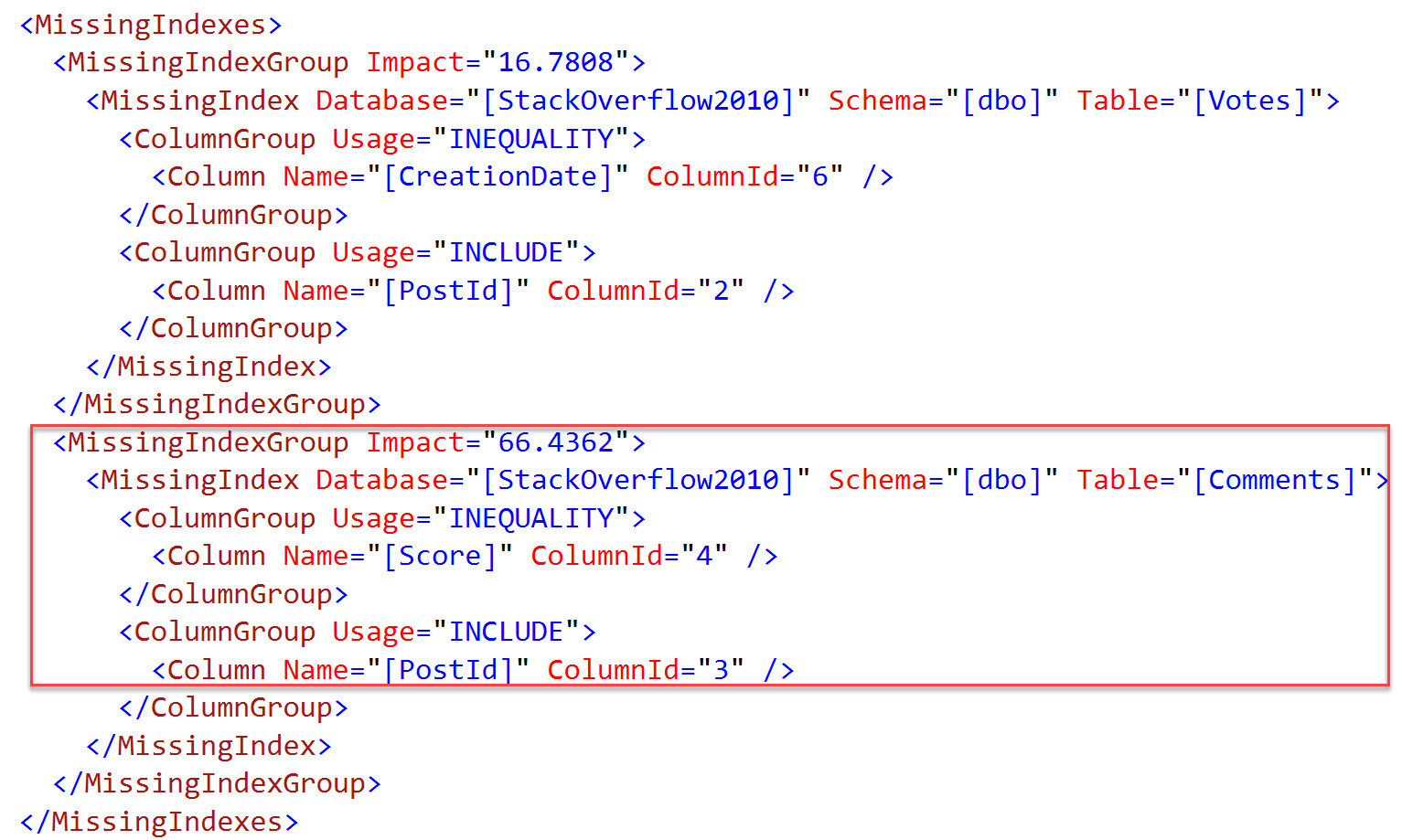 If you want to see all of the missing index requests in a plan, you need to go outside of SSMS.

Free tools like SentryOne Plan Explorer, and an open source script I contribute to, sp_BlitzCache will list out all of the missing index requests in the XML.

In sp_BlitzCache, the missing index XML column is clickable: 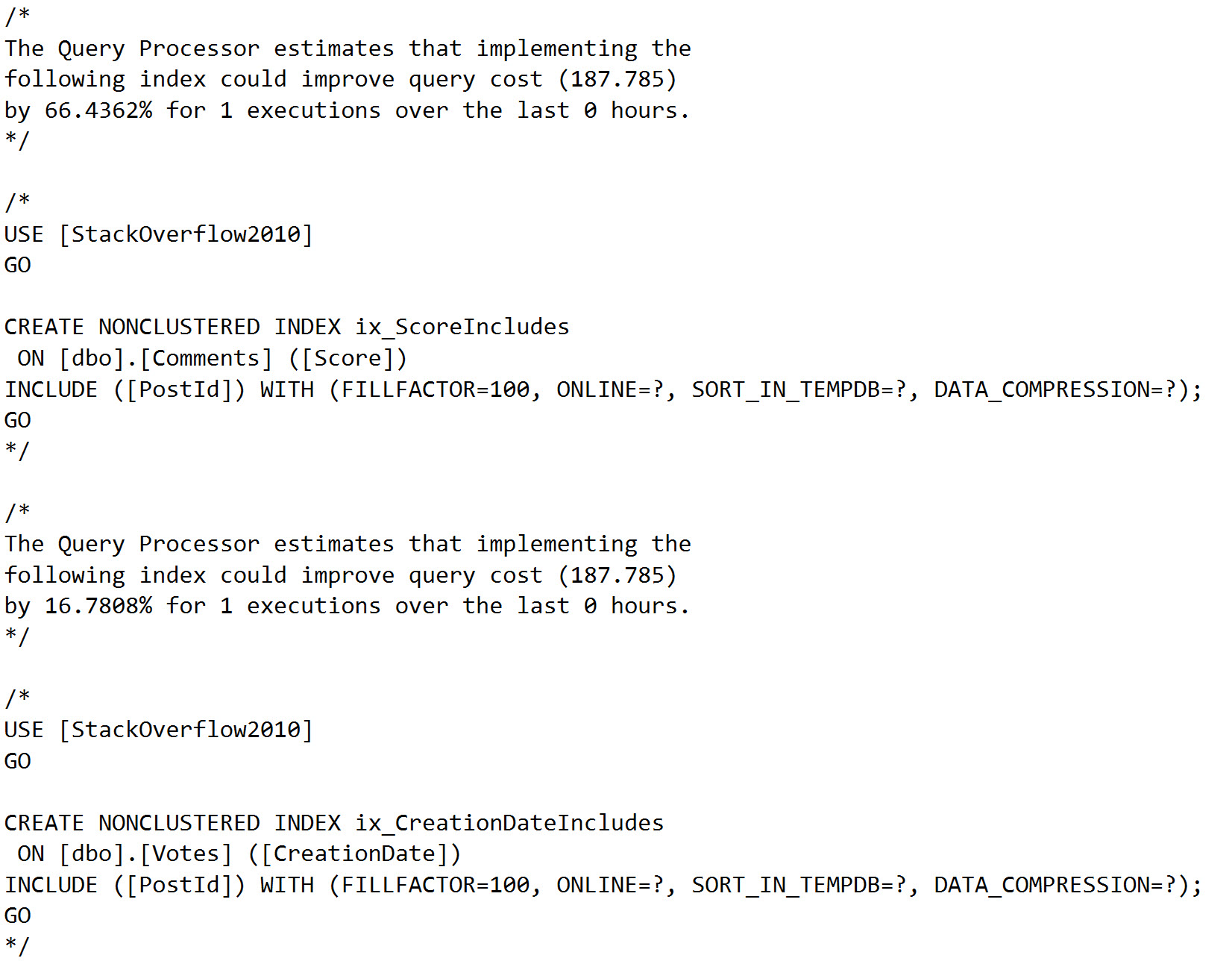 So you may not want to rely on SSMS and the right click. It could be hiding a lot of information from you.

You can Right-Click on the green text showing the suggested index, select "missing index details" which will open a new tab in SSMS with the index create script.