Hello I am creating a normalized Twitter DB for a project I am working on and wanted a bit of guidance on foreign keys.

I am curious about what the difference would be if for hashtags, symbols, user_mentions, urls and media, I made another field in each table called tweet_ID and the relationship changes to the primary key id in the tweet table to each tables tweet_id? The way I've modelled it means the tweets table has 5 extra fields for each tweet object.

Currently I have the schema designed as follows: 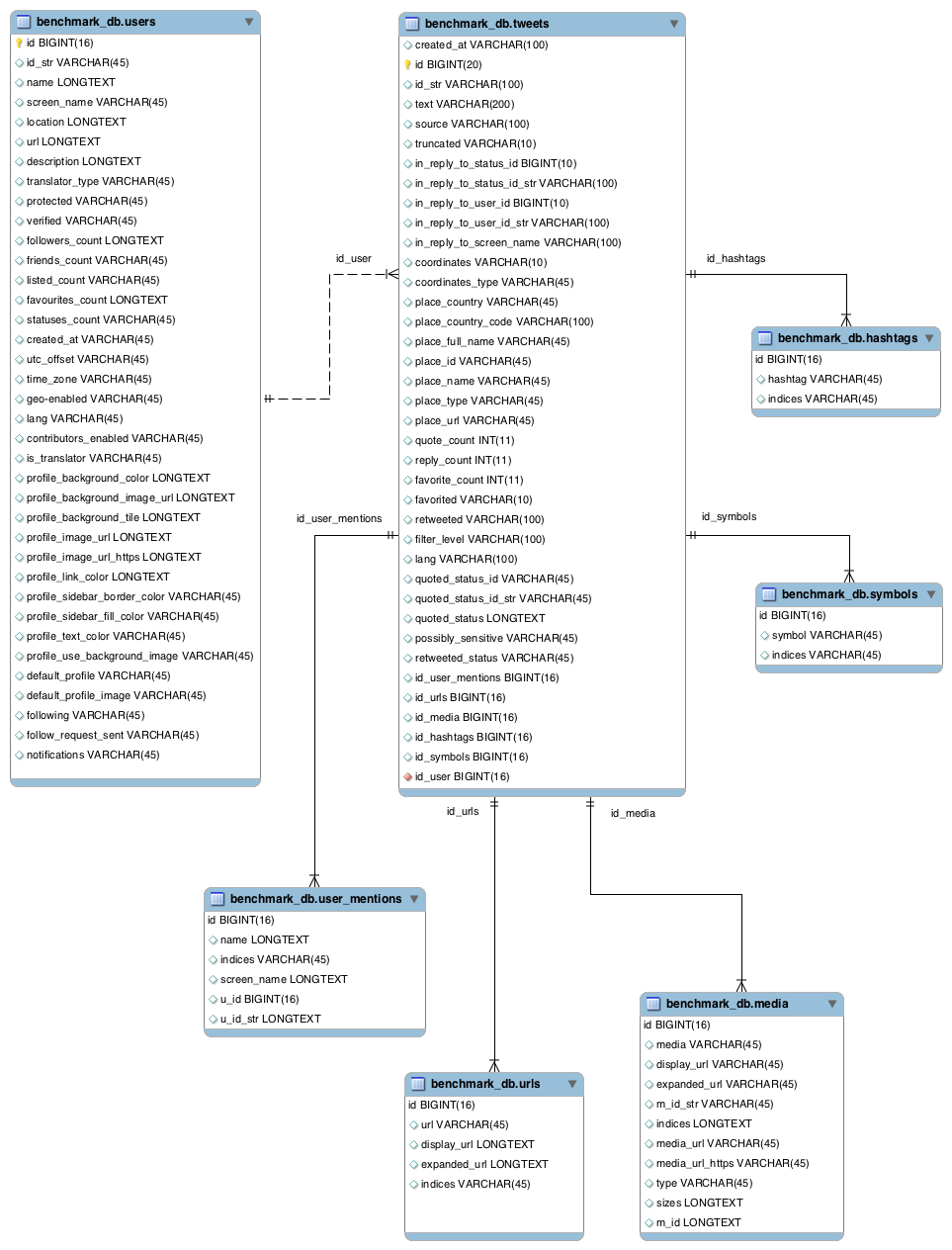 Are there glaring issues with the way I have implemented the foreign keys in the model this way?

So, for each tweet, you can have no more than one hashtag? That doesn't sound right to me.

For tweets and hashtags (and probably for the other four connected tables), I would create a "bridge" table, tweet_hashtag. This table would consist of:

This allows a given hashtag to be associated with many tweets, and a given tweet to have multiple (or no) hashtags.

As noted above, the same probably applies to the other four fields associated with the tweets table (user_mentions, urls, media, symbols).

Can't judge a schema without seeing the queries that will be run.

One tweet can mention many users, correct? Yet the columns don't support that. The mention table needs id_tweet, not the other way around.

2
Querying a big database
6
Designing a database for a site that stores content from multiple services?
4
Auto-increment key and Foreign Key as composite for relational database
7
Are 2+ Foreign Keys a Bad Idea in any Association / Junction table?
7
In a one-to-one relationship, where should the foreign key be placed?
4
Using Composite Keys To Define “Dynamic” Relationship Types
1
“Flexible” foreign key constraint
2
Schema design/data model for multi-level parent-child where each resource also has a one-to many with a shared resource type