We have a SSIS package that tidies up a few files and folders, and want to automate it to run every night via the SQL Server Agent.

When running the package via Visual Studio (2015 and 2017) the package completes successfully. When the package is deployed to SQL Server 2012, it never gets past the element that runs a Powershell script - it simply hangs forever (3 days is the record so far). 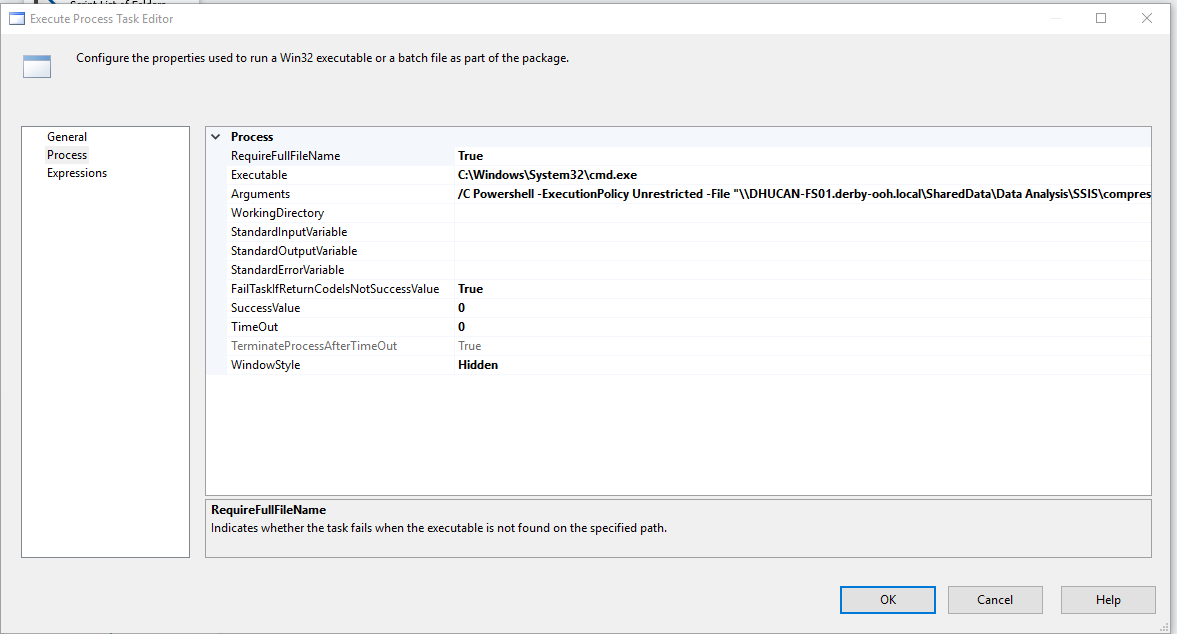 The Powershell script is very basic - two lines of code:

We think it may be a permissions issue, but we're not sure where to progress this further.

Any help is gratefully received.

The SSIS element was a red herring. The issue was the execution policy being passed to PowerShell when running the script.

has resolved the issue.

Also, under the Execution Options tab for the SSIS job step, are you running with 32-bit or 64-bit mode enabled? This will be set for the architecture of the SQL instance, while Visual Studio may be a 32-bit installation.

Not the answer you're looking for? Browse other questions tagged sql-server sql-server-2012 ssis powershell or ask your own question.