I am following the SSAS Tabular Model Tutorial by Microsoft using the Adventure Works DW. I've imported the DW in SQL Server Management Studio to my local server. I've connected to the DW from Visual Studio, everything worked fine, completed all the steps of the tutorial until deployment. Building the Model works just fine, however when I try to deploy the Model it throws me the error

Error Cannot deploy metadata. Reason: An error occurred while connecting to the server. 0 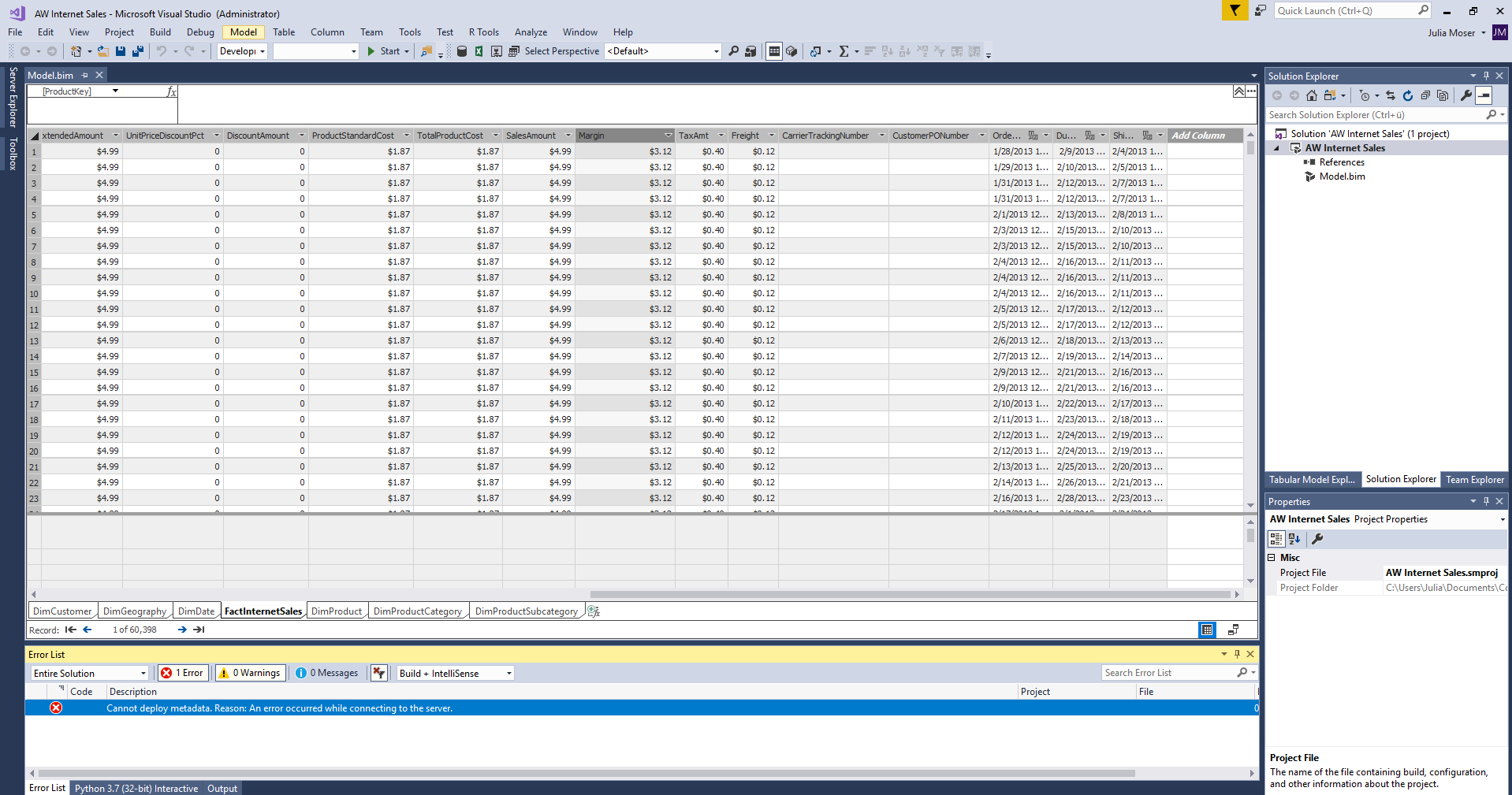 Some other users have also reported the same issue and could solve it with reinstalling SSDT, tried that, did not work for me.

Any ideas would be very much appreciated!

I got the same error. After doing some research I changed the server name and that worked.

I just found out why I could not deploy my Tabular model to the server:

I tried to deploy it on the SQL Server (where my source DW is located), but obviously the Tabular Model needs to be deployed on the Analysis Server

On the solution properties, identify the server as a tabularmodel ie ... localhost\tabularmodel. This is what worked for me.

23
How to calculate/store Top 10 in a tabular model?
2
SSDT on VS2013 for SQL Server 2012
1
SSAS 2016 tabular : Discrepancy on countrows between measures visual studio vs Excel
5
SSAS Tabular: ImpersonationMode that is not supported for processing operations
1
Deploying a cube where database name has been changed
1
Preventing SQL Server Data Tools from Inserting Spaces in Object Names
0
SSAS Tabular model table load from query with #temp table fails
1
SSIS Script transform package won't compile when deployed to dev [Visual Studio 2017]