I'm working on this huge query that I chose to use CTEs. Due to the complexity of this query, I ended up having to reuse intermediary query results more than once in subsequent queries. The problem I'm facing can be summarized by the following toy code:

I have notice an unusual amount of indexes seeks in a fairly small table that was being queried in one the first queries which, according to the execution plan, were taking about 30% of the whole query. This led to me believe the base table was being queried multiple times as it was being referenced more than once in subsequent queries.

I was under the impression that intermediary results in a CTE were cached until the final statement. Reading Microsofts docs on CTEs, I couldn't find any reason to think otherwise.

Are intermediary CTEs cached for muliple uses within an WITH statement? If not, is there a way to cache it without rewriting the query?

No, there is no way to cache a CTE; it will typically be executed multiple times if it is referenced multiple times. If you want to avoid this, you can cache the results using a #temp table instead.

In some cases, the execution plan may be simple enough that the CTE is only materialized once (this doesn't technically mean it was "cached"), or for the results to be reused with a spool. I don't have any examples at hand and, even if I did, you couldn't rely on that to always be the case. Even something as simple as this: 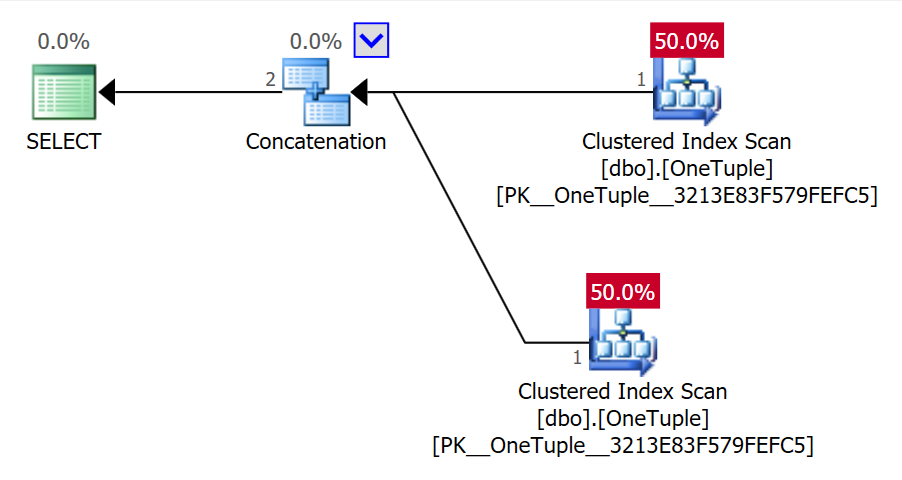 CTEs are just inline views, which, aside from the functionality provided by recursive CTEs, are nothing more than a syntactic convenience.

If you need to cache the results of a CTE for multiple subsequent uses, then the best option is to break up the query and load the CTE query's results into a temp table, index it as needed, and then use the temp table in the later queries.

is there a way to cache it without rewriting the query?

To cache (or spool) intermediate results, minimally you would change:

Not the answer you're looking for? Browse other questions tagged sql-server cte or ask your own question.

3
Why does 'sysfiles1' show up in the sys.objects catalog view in SQL Server 2008?
11
Is there a way to force an index to stay in memory with SQL Server 2008?
7
Query plan cache bloated by ad-hoc queries, even with "Optimize for Ad-hoc Workloads"
2
Wrong results from joining two CTEs
2
SQL Server 2012 Client Statistics Incorrect
7
When are non-parameterized, non-trivial, adhoc query plans reused
3
Upgrade from Postgres 11 to Postgres 12 made some queries 300x slower, probably due to new CTE handling
5
Why are the majority of cached plans missing from sys.dm_exec_query_stats?