I'm attempting to add a NOT NULL constraint to a table I have (so I can use it as part of a primary key, so I can create a spatial index...) but it is taking a really long time - 1 hour 31 minutes and counting.

I had read this post where the answer seemed to be that it was taking so long because the person was adding a default value but i'm not doing that:

The table is rather large (290 million records) but it still seems like a long time for just adding a constraint and not changing any values.

Is there anything I can do to speed up this operation? Why would it be taking so long if I'm not updating the existing records?

UPDATE: Here are the wait stats for the session

Why would it be taking so long?

You can look at the Session Wait Stats to see. eg

Why would it be taking so long if I'm not updating the existing records?

It probably wouldn't. Changing the nullability is a change to the data type, not a constraint. And it appears that it requires a rewrite of your table.

I'm testing on a slightly different version than you (2019 developer), but have been told that the storage engine stuff is mostly the same. Setting aside trivial reasons like blocking, I'd say that there are three main reasons an ALTER TABLE statement might run longer than you'd prefer:

Your ALTER TABLE statement hits all three. Some ALTER TABLE operations require all pages or even all rows to be modified. Changing a column definition from NULL to NOT NULL is one of those. I couldn't find a good way to show this so I'll resort to undocumented commands which may not work on your version. First create a small table:

I can see all of the allocated pages with the undocumented dmv sys.dm_db_database_page_allocations:

The page ids stay the same after running this command:

A before and after diff using DBCC PAGE shows that the old column was dropped and replaced with a new column for all rows: 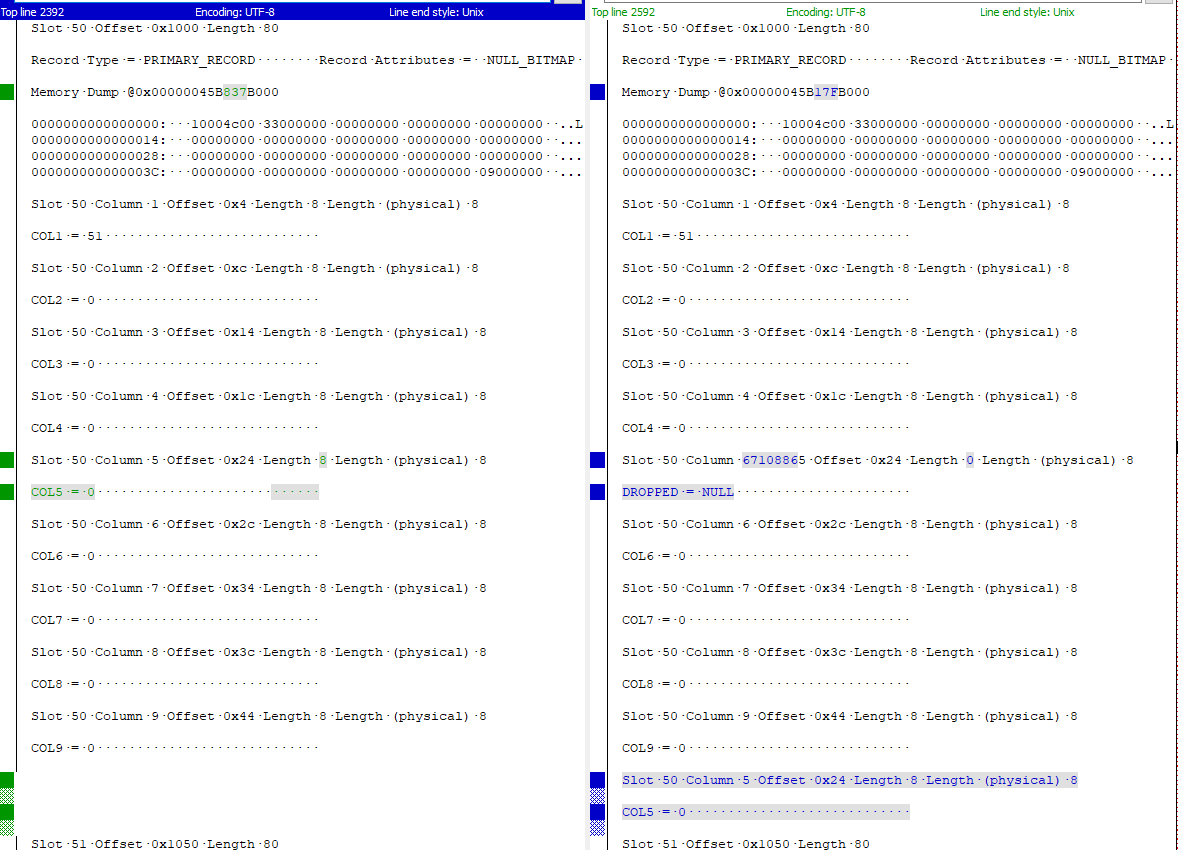 On my machine, doing the same thing on a table with 25 million rows takes 18 seconds. Here are the session wait stats for me:

In my case, the resources available to the query aren't getting throttled. It simply has a lot of CPU work to do. SQL Server isn't giving us a lot of clues, so to understand where all of that CPU time is going we need to look deeper. One way to do that is through ETW tracing. Using PerfView during the ALTER TABLE operation shows the call stacks that use the most CPU cycles all relate to changing data on the pages of the heap: 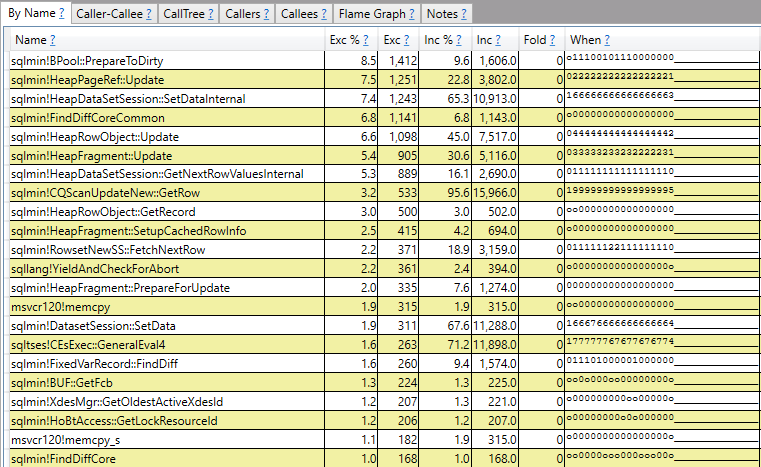 This might seem to be unhelpful, but it's not. On my server I don't have the option of reducing throttling to make the ALTER TABLE faster. One way to look at it is if I need to modify all of the rows anyway, why not do it in parallel instead of serial? The following code ends up with the same result but it can run in parallel:

On my machine the new code takes only six seconds. In practice, coming out ahead with such a technique requires a sufficient server resources, a maintenance window, and a table structure that lends itself well to it. You mentioned in your question that you need to change the primary key. If your primary key is your clustered index then you'll need to rewrite the table's data again anyway, so making a copy in a heap might not be that bad. You can just create the primary key and clustered index that you wanted in parallel after the insert has finished.

I can't say for sure if the parallel insert approach is appropriate for your scenario. If you are already getting throttled with just an ALTER TABLE statement then it probably won't be. But it could be a good option to consider in the future if you need similar operations to be as fast as possible.

Not the answer you're looking for? Browse other questions tagged sql-server azure-sql-database or ask your own question.

13
Why does simple ALTER TABLE command take so long on table with full-text index?
6
How can a blocking_session_id be minus 2?
3
Inserting a 30 million row table from a linked server
4
Reading ASYNC_NETWORK_IO wait stats
1
deteriorating stored procedure running times
1
Why are my statistics getting out of date so quickly?
11
Is ALTER TABLE … DROP COLUMN really a metadata only operation?