I'm a newbie to data warehousing and I've been reading articles and watching videos on the principles but I'm a bit confused as to how I would take the design below and convert it into a star schema. in this example i assume that the fact table is (order-orderitem-book) And the measures is (category-customer-time) My question is about book author how can we put is as measure? Is it allowed to put many to many relationship in star schema ?? And if i am wrong how to draw star schema to this relatonal db? 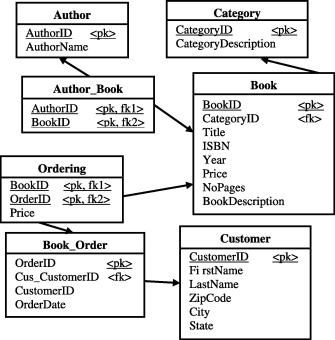 You could put a many-to-many relationship within a data warehouse, but many people consider it bad practice to do so - even so far as some data warehousing tools do not permit it to be created at all. Here is how I would create a star-schema from your design:

As your Author table and Category table only have one valuable attribute (the name) I would roll them into the Book table which would then become your first dimension. The Customer table can stay as-is and become a dimension as well. You would then roll the two Order tables into one and create a Order fact table which consists of OrderID, Date, BookID, CustomerID, Price - like so:

You may also want to consider a Date dimension which is also commonly found in star-schemas and data warehouses to make searching by dates easier. A very basic implementation is below:

Then, just add a foreign key from your Date attribute in the fact table to the Date key in the DimDate table. This would produce something like: 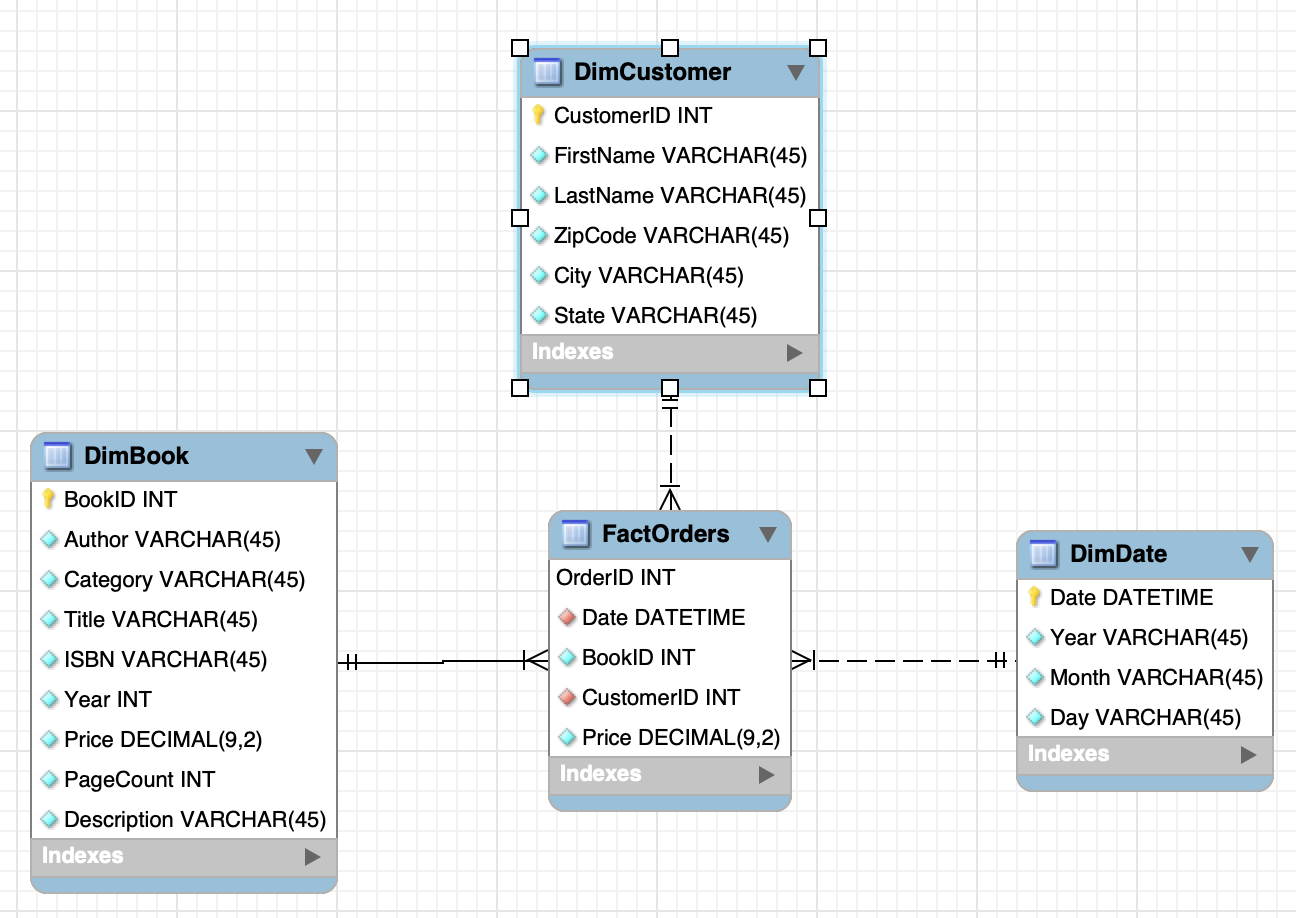 If you need to handle scenarios where a book can have many authors (which frequently happens), there are a couple of ways to do so.

The first, and my recommendation, is to have all of the authors within the Author attribute. This would allow you to easily search for all books written by the same combination of authors.

The second approach denormalises the Author attribute into its own dimension which is then referenced by the book dimension. This would create a snowflake schema (your question stated you wanted a star schema so I avoided this approach) and would also be slower when trying to search by multiple authors.

Ultimately, it depends on your exact needs and the requirements you are trying to meet. I would personally stick with having all authors in the same attribute as this is the easiest design and meets your star schema requirement.

So your question is a couple of different questions -

Not the answer you're looking for? Browse other questions tagged data-warehouse star-schema or ask your own question.