Good day, can anyone please help me with my problem?

I have this program that uses QLOLEDB (also tried using the MSOLEDBSQL) to connect to local sql server express 2014 (ver 12.0.2). The program always create 2 connections, one for IDBCreateCommand and one for iOpenRowset which is used for fastload. The programs is functioning well but it keeps on creating RING_BUFFER_CONNECTIVITY LoginTimers logs in sys.dm_os_ring_buffers when I try to release the database connections. No error were created in SQL server logs.

The issue is also happening in MS SQL server 2016 express (ver 13.0.4001) but not in MS SQL server 2012 express(ver 11.0.5058), I am really running out of idea what is causing this. Is there some added feature in SQL server 2014 and later versions that warns user of unnecessary database connections that were created? Like connections that were created but not even use? (I tried proving this by creating database connections using MS SQL management studio then closing it afterwards and it does not create a RING_BUFFER_CONNECTIVITY log... but looking at the sessions created using OLEDB and MS SQL management studio in sys.dm_exec_sessions.. sessions created using OLEDB has memory_usage = 0, while the latter has memory_usage = 3).

What am I missing? Any help is greatly appreciated..

Below is the sample record created in sys.dm_os_ring_buffers: 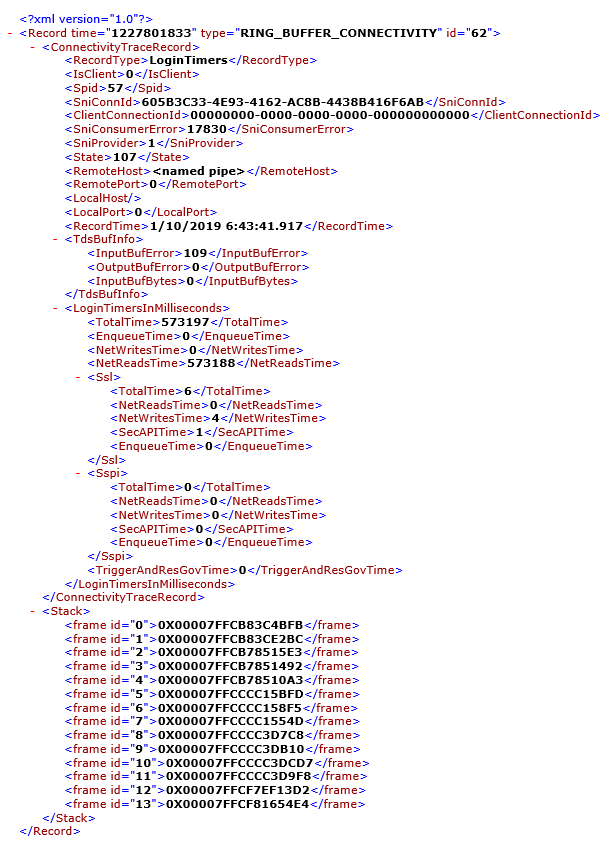 Browse other questions tagged sql-server oledb or ask your own question.