Working on a new project, I now want this named instance to be accessible as '.'

To complicate matters, I also have SQL 2014 installed as the default instance, don't need this simultaneously so we can assume this instance is stopped.

I have tried various combinations of alias, the most obvious being: 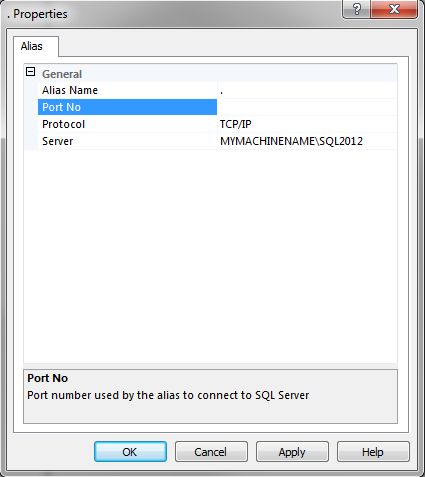 I've also tried setting the port number to the Dynamic Port found in the network configuration, but nothing I've tried so far seems to work.

Is this supported, and if so, what am I missing?

Turns out, it is possible, and after some more experimentation I figured this out. I think the missing elements were:

Not the answer you're looking for? Browse other questions tagged sql-server sql-server-2012 alias or ask your own question.