We are looking at new servers. Today our SQL Servers are built as follows:

So we have a lot of SSD’s, all on RAID 1 with no sharing.

We are considering changing to a large RAID 1+0. However the concern is if we will end up with performance impacts since there are random reads that happen throughout the day but not as much as writes.

My question is - whether a large 1+0 RAID is suggested / recommended, which would reduce the quantity of SSD’s that we use and allow us to expand a single container easier or stick with single RAID 1’s?

This level is also known as mirroring with striping. RAID 10 uses a striped array of disks that are then mirrored to another identical set of striped disks. For example, a striped array can be created by using five disks. The striped array of disks is then mirrored using another set of five striped disks. RAID 10 provides the performance benefits of disk striping with the disk redundancy of mirroring. RAID 10 provides the highest read-and-write performance of any one of the other RAID levels, but at the expense of using two times as many disks.

RAID levels higher than 10 (1 + 0) may offer additional fault tolerance or performance enhancements. These levels generally are proprietary systems. For more information about these types of RAID systems, contact the hardware vendor.

Microsoft recommeneds raid 10 for SQL server. but before taking about raid 10 I would like to mention going to RAID 0 for SQL server too risky because if a drive failed in RAID 0 your data will be lost the only way to recover it to use a privous backup file. I would like to recommend you to change RAID configuration as soon as possible.

RAID 1 doesn't support host swap without if you have a fail HDD then you have to shutdown your machine, change HDD, then rebuild your RAID. which is not affordable for production server.

Now let us go back to the original topic using RAID 10 for SQL server, here is the main advantages for RAID 10:

Here is some notes from Microsoft about RAID 10 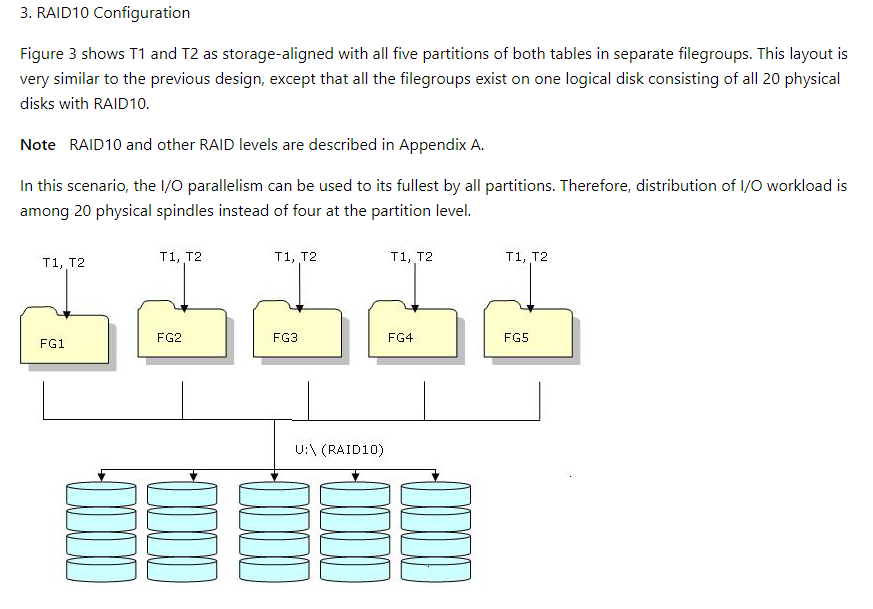 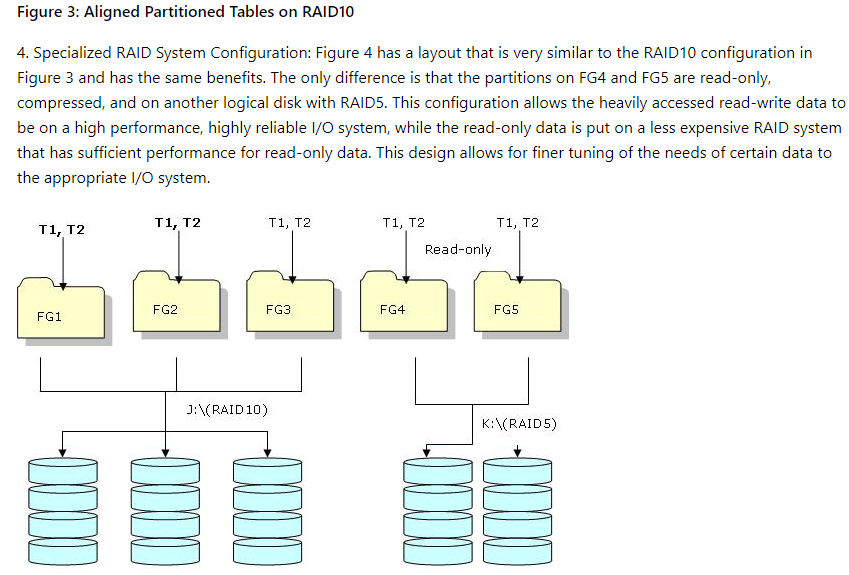 Not the answer you're looking for?Browse other questions tagged sql-server sql-server-2012 performance ssd raid or ask your own question.