How to clear ad hoc queries from plan cache?

As the title implies, I'm going to remove just ad hoc queries (not prepared queries) from plan cache in sql server 2014/2016 because it occupies more than 50% percent of my main memory. Do you have any suggestion?

The blog asks you to run

As per the blog

The procedure cache actually consists of 4 distinct cache stores that hold different types of plans. Those cache stores are:

So you can see selectively clearing the SQLCP would remove prepared and ad-hoc plans. I tested this on my system.

And the output was 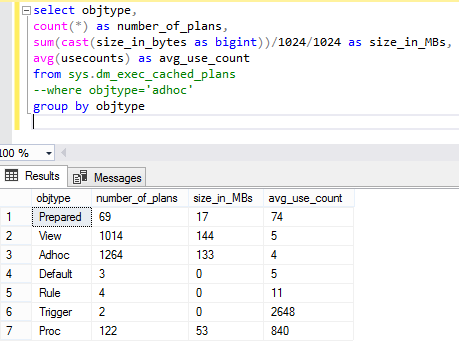 You can see the the picture has 1264 ad-hoc plans and 69 prepared statements. 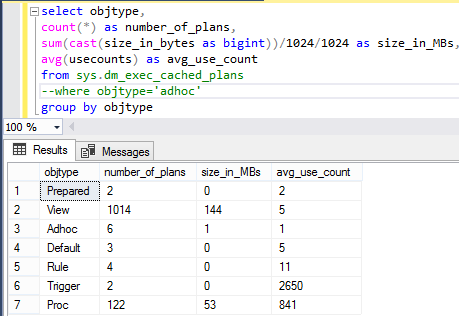 Now you can see the ad-hoc and prepared plans are 2 and 6 respectively. While other are NOT affected.

7
Procedure cache (plan cache) size
7
Query plan cache bloated by ad-hoc queries, even with "Optimize for Ad-hoc Workloads"
2
SQL Server Plan cache size only 4GB on a server with 500GB RAM
2
Tracking Down Plan Cache Clearing
4
how to query the plan cache to find how healthy it is?
1
Adhoc Queries filling up plan cache
2
Does Query Plan cache gets cleared by itself?