I have came across following diagram related to timestamp based concurrency control protocols in database systems (as summarized in these sldes or detailed in the book by Korth et al.): 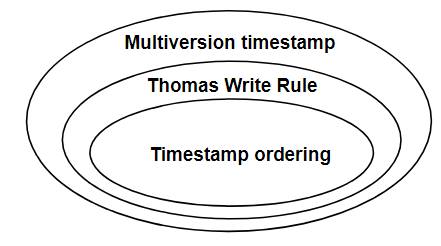 I don't know whether its correct or not. 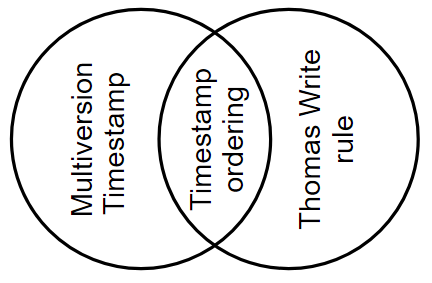 I have came with above diagram because I feel it correctly captures following points:

Am I right with all of these?

Browse other questions tagged concurrency rdbms database-theory or ask your own question.

9
Resources for understanding SQL Server locking and concurrency?
1
Which Optimistic Concurrency Control method will work out best in the long run?
3
how is synchronization maintained between different write and read database
1
How does the transactions interact if you set a different isolation level per connection?
0
Designing MySQL Database For Two Different User Types (Staff and Client)?
7
Does timestamp protocol following thomas's write rule allow non-view-serializable schedules in some cases?
0
PostgreSQL concurrency control and Serializable transactions