ER diagram to Relational Schema (Many to Many relationship) 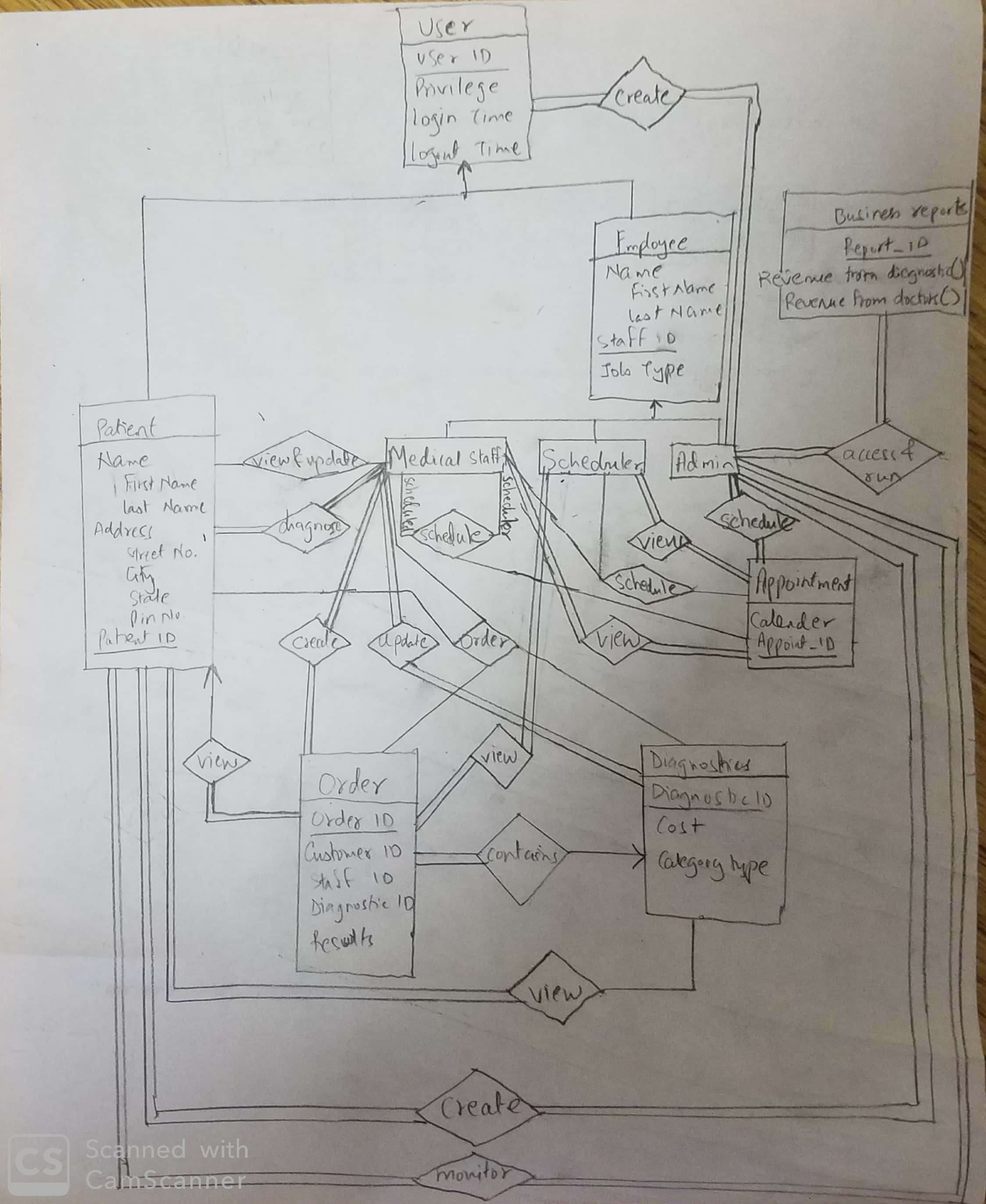 Let's start from a point that your ER diagram should not include possible user roles or actions such as view or update. You have to clearly specify your entities(objects for which you want to create separate tables) and connections between them which are not actions like you specified in your example, instead they show the relations between entities.

After creating your ER diagram you can change many-to-many relationships into relational schema by creating 3 corresponding tables; 2 tables for entities themselves and one which connects them by showing their relation, like for example User, Role and UserRole to specify the role for the users. After that you can give permissions to users from your application or from your dbms if they are database users, to filter and specify who can see what.

Not the answer you're looking for? Browse other questions tagged mysql postgresql database-design erd or ask your own question.

4
Is my ER Diagram correct? Why use relationships?
6
How do I create a user invitation model?
1
What would the relational diagram look like in this situation?
3
Can't convert this type of ER diagram into SQL or relational tables
0
Converting EER diagram to ER diagram?
0
Foreign Key as Primary Key when “converting” conceptual entity-relationship elements to logical relations
1
How to create a correct entity-relationship diagram (ERD) about a video game profits scenario