Why is my AWS RDS (postgres) at a high percentage of cpu with no active sessions?

I have two postgres db, prod and dev. Lately, dev has been really slow, so I checked into it, and it appears to be using CPU credits faster than I'm getting them. I could not figure out why, so I checked the cpu usage history, and it appears that after a strange spike, the baseline has settled to twice the usage it was before:

I could not find any active sessions which would warrant such cpu usage, but just to be sure, I stopped the db, let it sit for a bit, then started it again. Even after a fresh start, though, the cpu usage is still strangely high, even as compared to a very similar db:

How can I figure out what all of this usage is coming from?

I can't guarantee this will always work, but what managed to be effective for me was switching to a different instance, then switching back.

To do so, go up to Modify button in the RDS > Databases > [MY_DB} view, and then change your instance to any other instance type, wait for the update, then switch back.

I suppose I just had a bad ec2.mirco, and the method above got me a different (better) one which does not exhaust more cpu credits at idle than it gains. 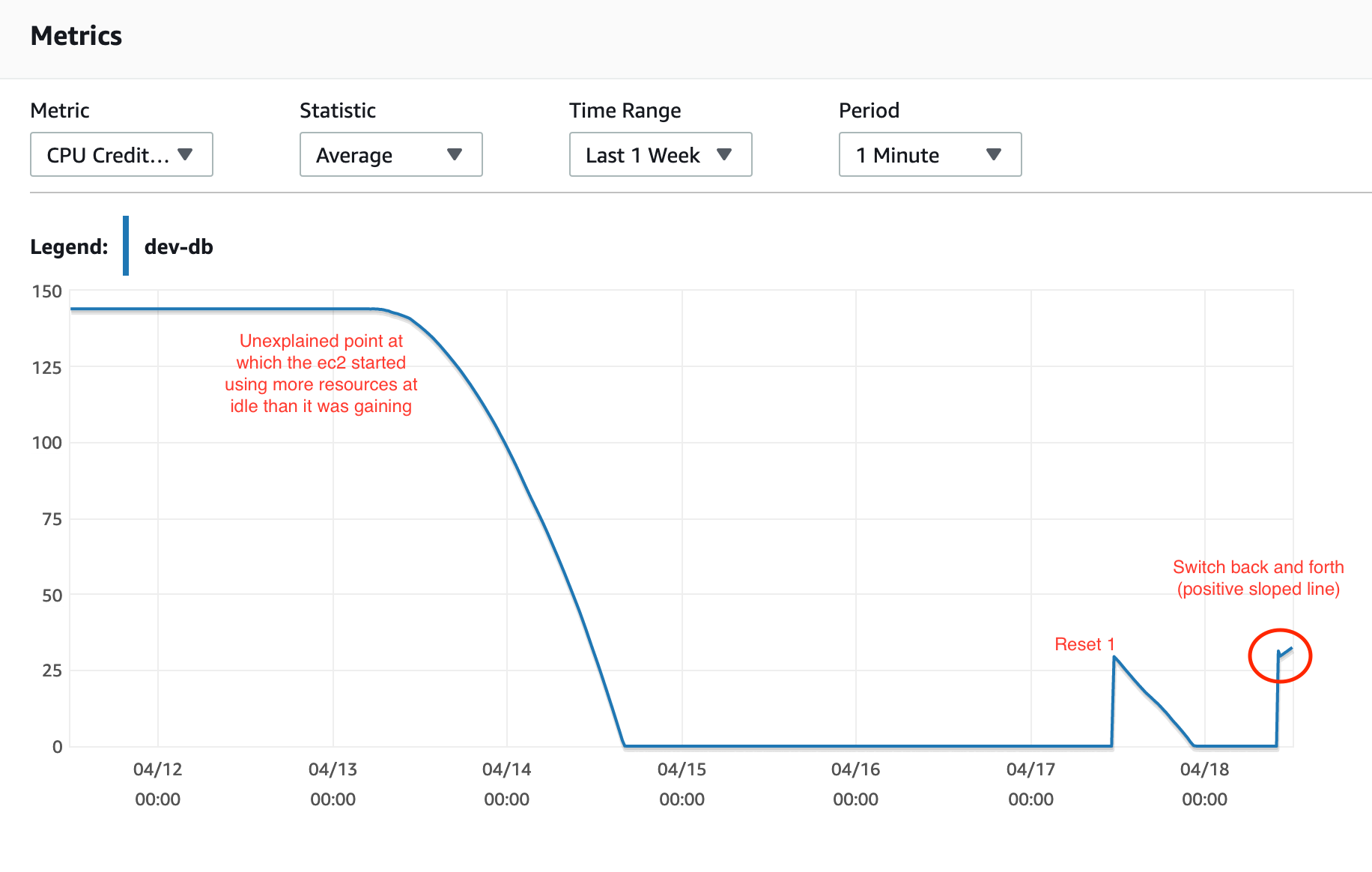 Not the answer you're looking for? Browse other questions tagged amazon-rds cpu or ask your own question.