The buffer chache hit ratio of 100% is saying the 100% of pages needed are being found in memory, but the PLE is saying pages are only staying in memory for a couple of minutes.

Maybe there is some PLE value, below which buffer chache hit ratio does not add value? 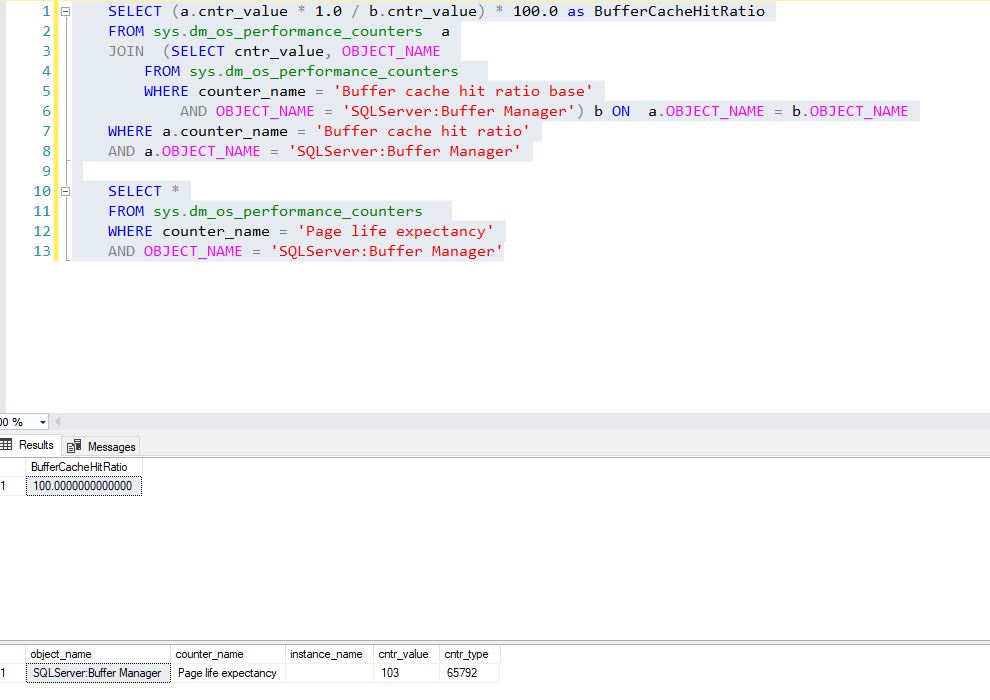 My instance is SQL 2017 CU13, heavy OLTP, with 4GB of RAM for the SQL instance (single instance, 6GB RAM on the server).

I know that more than 1.5GB of RAM is devoted to the Plan Cache, according to some sources of the 4GB of RAM here, the Plan Cache should be able to use 3GB (found similar details several places, but all are old and none are Microsoft)

I have not used any xevents yet to measure plan eviction, just trying to understand things.

For proof, just look at the raw values over time - they go up and down.

I would recommend a look at other metrics (perhaps sys.dm_io_virtual_file_stats?) to see what kind of IO you're driving.

Not the answer you're looking for? Browse other questions tagged sql-server performance sql-server-2017 plan-cache or ask your own question.