Why SQL Server Standard 2017 is using more memory than limit described in documentation?

For example: A Standard Edition of SQL Server has buffer pool memory limited to 128GB, so the data and index pages cached in buffer pool is limited by 128GB. Starting with SQL Server 2016 SP1, you can have an additional 32GB of memory for Columnstore segment cache per instance and an additional 32GB of memory quota for In-Memory OLTP per database. In addition, there can be memory consumed by other memory consumers in SQL Server which will be limited by "max server memory" or total memory on the server if max server memory is uncapped.

We are using columnstore so I expect that SQL Server will be limited by using 128+32 Gb of memory. Memory optimized tables are not used.

But in reality more than 215 Gb is being used for buffer pool: 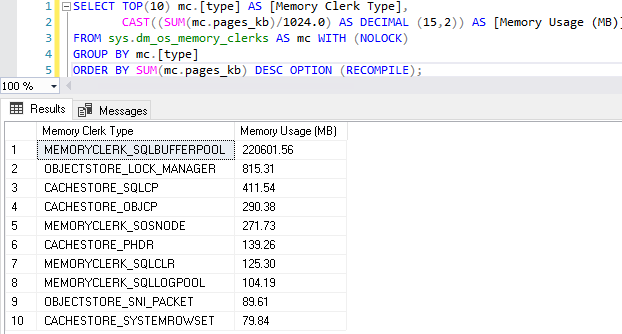 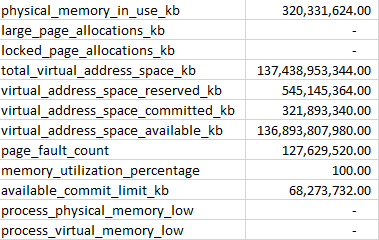 What am I missing?

UPDATE (2019-04-26) Here is interesting thing - MEMORYCLERK_SQLBUFFERPOOL is presented by two records. Row #3 is exactly what I'd expect to see for Standard Edition. But what is the first row? Server has 2 processors with 48 cores total.

I believe you missed the documentation. Please see the highlighted points in image below

So let us say you are having SQL Server standard edition having columnstore indexes and having memory optimized tables in 3 databases.

The maximum memory utilized can be

Let me know for how many databases you are using memory optimized tables ?. The 128 GB limit is only for buffer pool

Not the answer you're looking for? Browse other questions tagged sql-server memory sql-server-2017 or ask your own question.