How to change "deployment target version" on SSIS 2019?

I am experiencing the following errors when using the "Transfer SQL Server Objects" task in SSIS on Visual Studio 2019:

These errors have previously been described in SSIS 2017 and could apparently be solved by changing the deployment target version to 2016 as described in these links:

So as directed in the linked pages, I opened the "Deployment Property Pages" window and looked in "Configuration Properties" for the "General" option, but it is not present, all that is present is "Configuration" and it does not have a "Deployment Target Version" option. 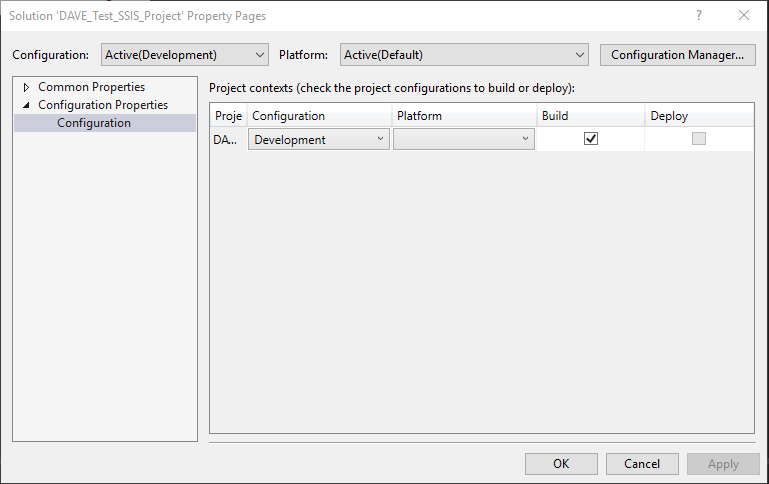 Is there any way I can change the Deployment Target Version (or any other ideas about how best to resolve this error) in SSIS 2019?

Be sure to go to the Project properties, not the solution properties. See image below.