I just migrated my forums application to AWS. I'm in the middle of tweaking things for performance and I noticed that the number of sessions for my RDS instance (t3.large) is consistently exceeding 2.0. At first there was a bad query that was writing way too much, but now that I've eliminated that, I can't figure out what's going on here. Here's some screenshots of the performance insights: 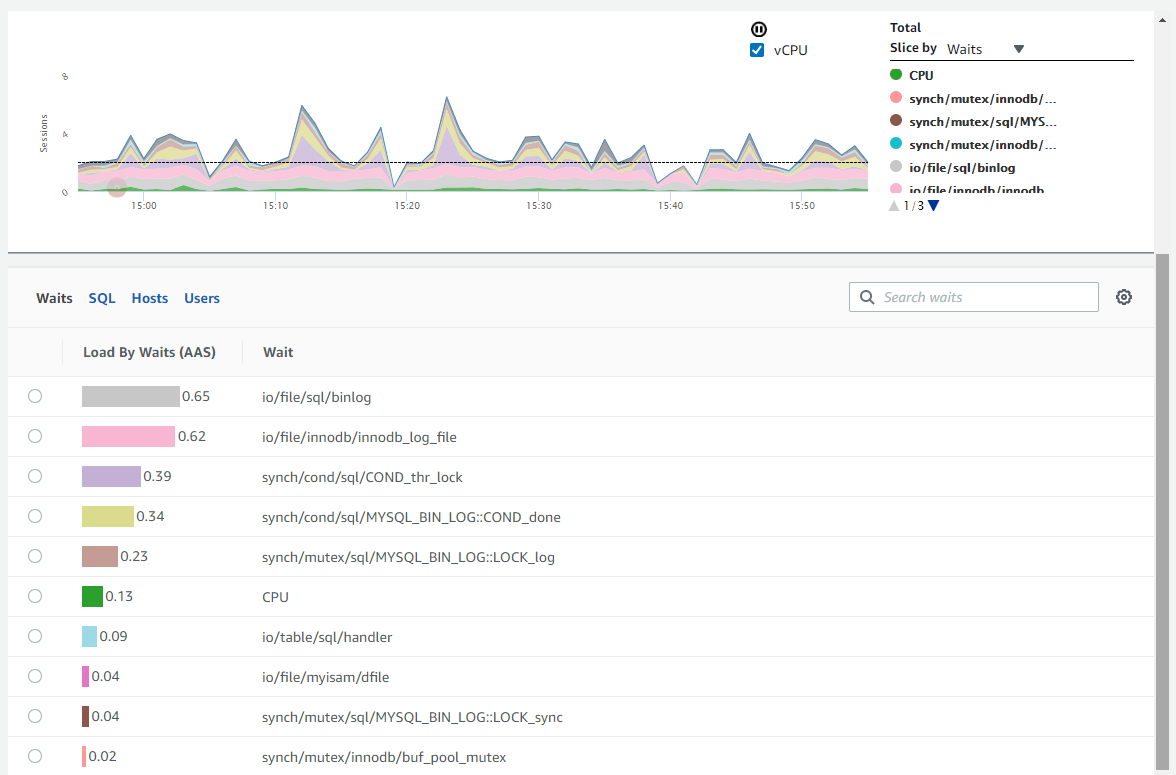 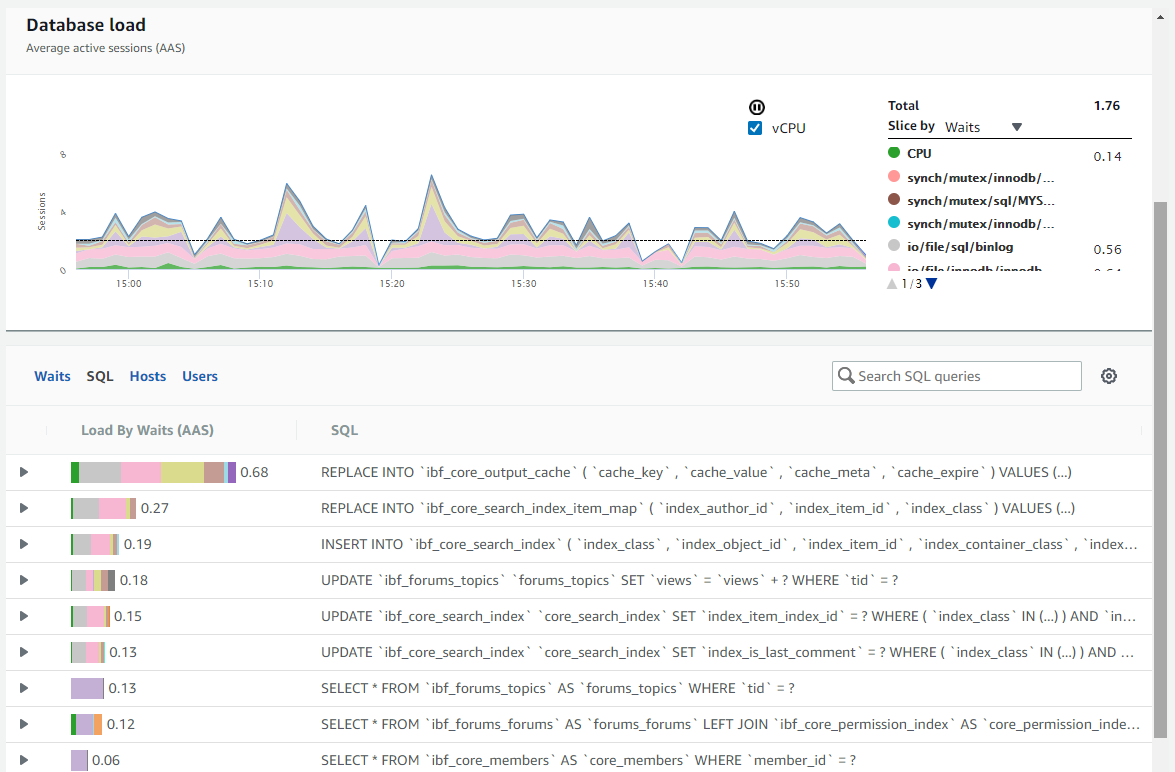 It looks like there's something going on with the binlog and innodb_log_file that is causing some of the sessions to block, but I'm unclear how to fix this. I've tried increasing the log file size from the default, but I'm not sure what else to do.

One thing to note is that my CPU usage on this RDS instance is very, very low, despite constant usage.

In addition to what was already stated, I took a look at the amount of freeable RAM on the instance. My RAM useage was also very good, with plenty of usable RAM.

The waits shown in the images are log file related -- the only thing that really should affect those is your disk IO. So begun the hunt: my CloudWatch metrics were showing a high number of writes (about 230 per second) and a very low number of reads (1 to 2 per second). That was somewhat of a surprise, but it turned out there was some index rebuilding that was being done on a table with over 5 million rows in it.

From this point, I started wondering what my limit on IOPS was for my RDS instance. As it turned out, I was using general storage, not provisioned IOPS, and in AWS General Storage IOPS baseline is about 3 IOPS per GB. Since my database was large but not enormous, I had only selected 50GB of General SSD storage. That means that my disk operations were limited to only about 150 IOPS for baseline. There are burst IOPS, up to 3000 IOPS for about 30-35 minutes, but I had already depleted this and wasn't aware that I needed to monitor these credits in CloudWatch to know when I might start getting throttled.

In the end, I increased the size of my RDS Storage and the problem immediately subsided.

Not the answer you're looking for? Browse other questions tagged mysql amazon-rds mysql-5.7 or ask your own question.