I have been looking online for an answer but do not really know how to formulate correctly what I would like to achieve and whether it's possible, sorry if the question sounds dumb.

I have Site data with number of PC and AADTgroup 1,2 and 3 for each site. Data will remain sorted by ROWID and partitioned by AADTGroup.

My existing data is 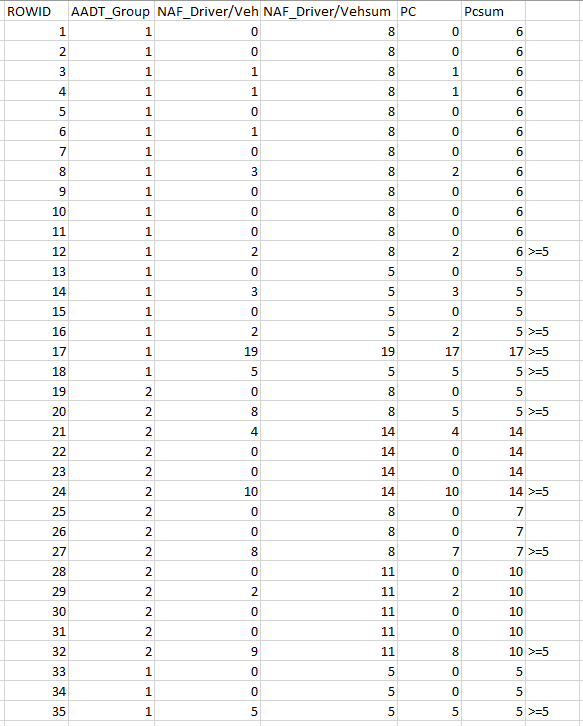 But it did't give me the desired result TIA

Browse other questions tagged running-totals or ask your own question.