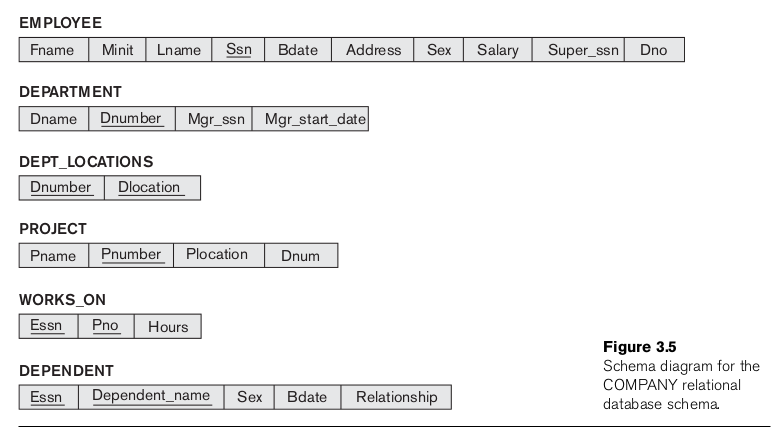 Make a list of project numbers for projects that involve an employee whose last name is ‘Smith’, either as a worker or as a manager of the department that controls the project.

The given solution is :

However, I believe that simply using the following expression should be enough:

Now, the reason why I believe this is mainly because of the fact that the EMPLOYEE relation holds the tuples which correspond to workers as well as managers. Now, an employee can be either a worker or a manager. So, going by that logic the above expression should be enough. I wholeheartedly agree with the fact that a given query can be represented through more than one relational algebraic expressions, however doing what the given solution (the bigger one) suggests above is highly redundant.

So to sum it up, is the direction of my thought correct?

Trying to find a simpler solution is admirable, but your expression is subtly wrong.

The important part of the question is:

Let's throw some names out there.

So the requested result should include Project 123 in the output, because Project 123 is controlled by a department whose manager has a last name of Smith.

Your proposed solution will not include Project 123, because neither Ed nor his manager have a last name of Smith.

Not the answer you're looking for? Browse other questions tagged relational-algebra or ask your own question.