the mystery of the table showing up in the subscription, but not in the publication

I've got a table that shows up in the subscription but not in the publication.

Here are the details:

In one of my servers in the USA I have a publication called ORCA_Repl_Pub.

In one of my servers in Europe I have a subscription (you guessed right: Orca_Repl_Sub) to the ORCA_Repl_Pub publication.

My issue is with table dbo.repl_application.

On the publisher I have a look at the articles and it is not there, you can see it is unchecked on the picture below: 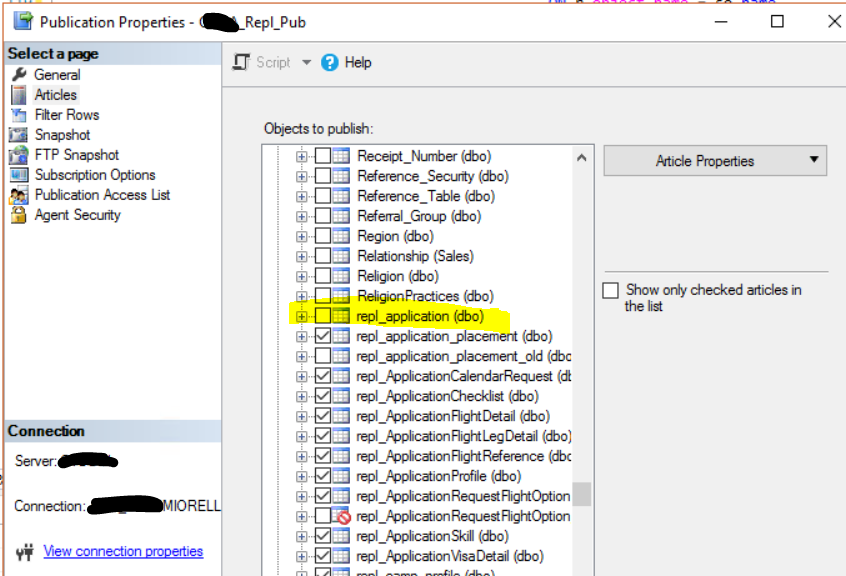 or the same when I go to my publication_db and run the following:

or the following query has the same effect: 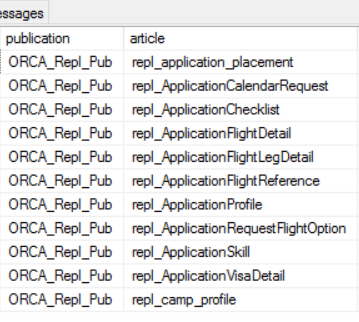 I have broken the picture down in 3 pieces for it to fit here:

Basically everything seems to be correct!!!

and using some magic I can see that the table in question has been used, as you can see on the picture below (the date of posting is 14-aug-2019:

So the question is:

how and why this repl_application is in the subscription but not in the publication?

But what about the table creation date and the last table update time, and last time the table was read?

Either way, all is working fine, I just would love to know if I could find out on the subscription side, if there is any indication anywhere, that that table should not be showing up.

so, if you have any ideas regarding that, please let me know and I will dig around it.

3
Dropping then adding a table to a subscription with Identity option Not for Replication causes errors
6
Transactional Replication: can create 52 publication, but creating 53rd leads to problems
5
Log Reader Agent is not running - The job failed
4
sql server - NoSync subscriptions will need to be dropped and recreated
0
sql server replication - how to find and drop subscriptions?
0
Where are subscriptions registered in SSMS after creating subscription on Distributor Server?
2
dropping a subscription in the subscriber first, how to fix it?
0
Drop a replicated subscription table that has been orphaned after restore migration